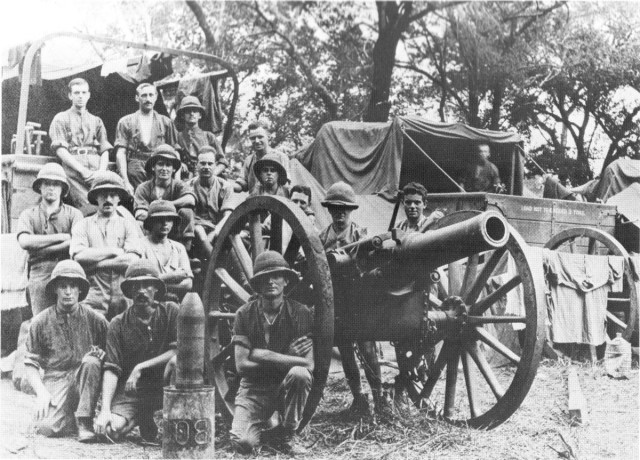 The Great War is mainly associated with trench warfare and battlefields in Europe, though the war raged on other continents as well. The British National Army Museum is changing that perception through the accounts of Major Charles Stooks.

Only recently revealed, the private diary of Major Charles Stooks gives a firsthand account of the rigors of jungle warfare. Stooks’ diary exposes the bitter reality of the largely forgotten West African campaign that was fought between September 1914 and February 1916.

Although hailing from Cheltenham College and Royal Military College Sandhurst, Stooks was still unprepared for the harsh conditions of the jungles of present-day Togo and Cameroon.

He described the unyielding climate and hardships that the men of the 5th Light Infantry faced in the jungles of West Africa. The unrelenting heat and torrential rains made field conditions muddy and ideal for breeding mosquitos. Mosquitos carrying malaria caused widespread illness among the troops. The Jigger Flea was also a persistent pest in the jungle and attacked the feet and flesh of the men.

The climate and pestilence were bearable  compared to the constant stress of fighting the Germans in the impenetrable underbrush. In the pages of the diary, Stooks revealed the vulnerability of the British to the guerilla warfare tactics of the German forces. 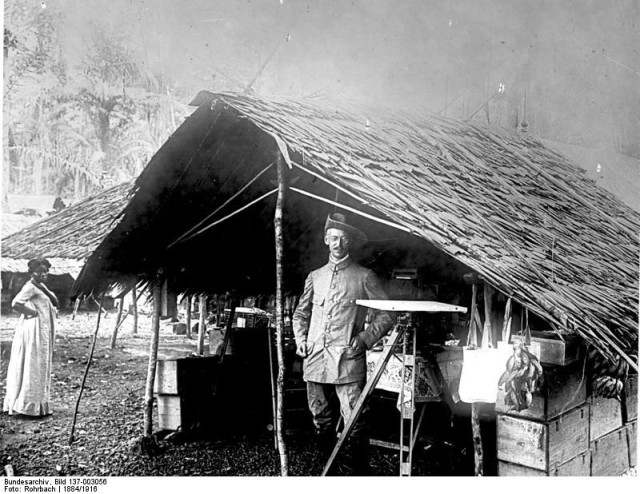 Stooks recounted fighting the Germans in dense jungle in his diaries, which are full of vivid and telling details. He described searching for enemy soldiers through the jungles as ‘looking for the proverbial needle’. Reading his words you get a real sense of what there men were experiencing and their frustrations.

A German ambush near Fongwini, in present-day Cameroon, illustrated the difficulty of fighting in the jungle environment. He wrote, ‘It is still more disquieting when there may be a selection of armed Huns round the next corner with a machine gun nicely covering the path’.

Stooks explained, ‘The Huns had beaten down lanes through the grass along which their various parties could retire without showing themselves’. He wrote that the Germans would disappear into the undergrowth after ambushes using this’ disappearing trick’.

Despite the hardships, the British fought hard to claim victory in the campaign. The British managed to occupy the German colonies. This is in contrast to East Africa

By January of 1918, Stooks’ regiment had returned to India. The 5th Light Infantry was disbanded in 1922. Stooks later retired as a lieutenant colonel and died at the age of 78 in May 1953.

Stooks’ private diary can be read on the National Army Museum’s portal, ‘First World War in Focus’, as part of the Soldiers’ Stories series. This series will present 100 soldiers’ experiences of the Great War, showcasing a different account each month. Thanks to this platform we now have an insight into a forgotten campaign of WWI and have a better understanding of soldiers experiences and hardship during the Great War.