A British novelist and journalist, Anthony Horowitz, recently made a plea for the banning of self-photography – the taking of “selfies” – at the Auschwitz Nazi concentration camp in southern Poland, and at similar places of sorrow and commemoration.

He described the popular fad for taking “selfies”, whether using a “selfie stick” or simply holding the mobile phone or camera in an outstretched arm, as clearly inappropriate for certain places and occasions, if not downright disrespectful. Disrespect to the memories of the dead, to survivors of such places, to relatives of the victims, or simply to other people attending to pay homage, could easily be perceived, even if it hadn’t been intended by those having fun with self-photography.

Part of the trouble is that the “culture” of self-photography has rapidly become associated with a kind of shallow jocularity, a poking of fun at oneself and at others, and a crude self-promotion associated with many of the more populist of the social media platforms.

In addition to these associations, social commentators point out how increasingly intrusive the “selfie” attitude and the “selfie stick” have become in social gatherings. People are now often perceived as being more interested in recording the moment for instant upload and for bragging rights on social networks than they are in paying heed to the actual events or occasions going on around them.

A good example that received wide coverage was when the president of the USA, Mr Obama, and some other world leaders struck poses and took selfies against a backdrop of the funeral ceremony for the late Nelson Mandela. It’s a matter of being aware of the occasion and of behaving accordingly.

Mr Horowitz was recently awarded the British OBE medal in recognition of a lifetime of services to literature. He visited Auschwitz in January 2015, 70 years after it was liberated by the Red Army of the USSR. Horowitz describes how he had wanted to visit Auschwitz in part out of curiosity and in part because of his Jewish heritage. As an author, he was familiar with a long tradition in literature of references to backdrops depicting scenes or events from the Holocaust death camps, including Auschwitz and the others that played such an important part in the Final Solution.

Although he had visited many monuments in Germany, Israel and elsewhere, he long felt a need to pay a visit to Auschwitz, where at least 1.1 million humans were put to death. As such, Auschwitz has become the archetype and symbol of the Nazi persecution and extermination of European Jews, gypsies and others regarded by the Nazis as “Untermenschen”, or sub-humans.

Despite the extent of his foreknowledge, for Horowitz, actually being at Auschwitz was a deeply emotional occasion. In was in the context of his visit there that he aired his thoughts about “selfies” and pleaded for tourists to show greater sensitivity to the recent terrible history of the place.

The death camp itself is now a museum complex. Nearby is the little Polish town that bears the same name, Oswiecim in Polish. Horowitz described how startled he was by the contrast between the pleasant little town and the adjacent death camp, separated only by some strands of barbed wire that marked the house of the commandant of the camp, SS officer Rudolf Hoess. 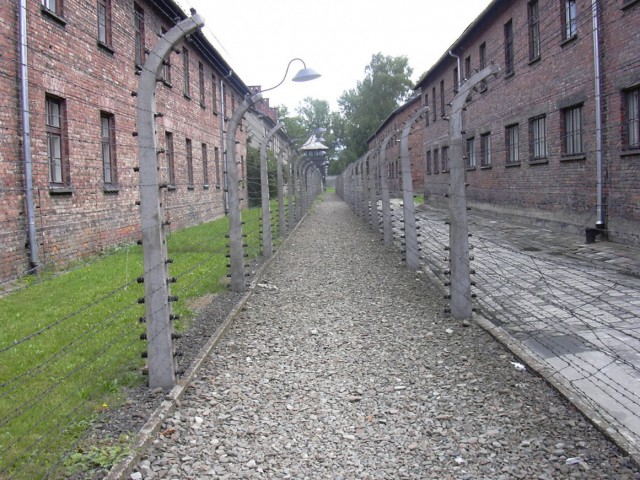 One part of the large-scale complex is the old Auschwitz, a former Polish military camp that was taken over by the invading Nazis. Further away, the Nazis built a huge extension called Birkenau, which served as the actual extermination quarters, with purposely-built gas chambers, crematoria and other facilities to enable mass murder and destruction of the prisoners, who were arriving daily by rail.

The older part, called Auschwitz I, has been converted into a well-designed and very thoughtful museum. You can visit various buildings, such as prisoner blocks and SS guard barracks. The exhibits are extremely detailed. For example, there are displays of the prisoners’ suitcases, hair, teeth, shoes, spectacles and other personal effect, of gas canisters used in the extermination, and many other artefacts. There are thousands of photographs documenting the horror of it all.

Horowitz describes his thoughts as he toured the museum complex. He says that though he was not moved to tears, he was moved to deeper sense of outrage and sorrow at man’s inhumanity to man, when standing in the very chamber where many hundreds of people at a time had been packed in and quickly gassed to death. 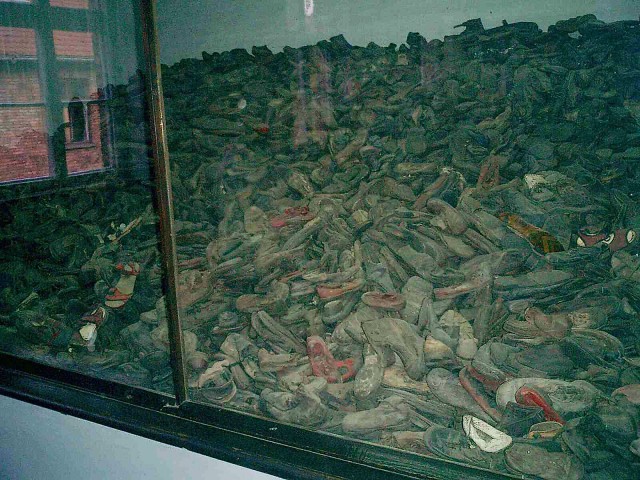 He was particularly horrified by the Birkenau camp, which, if anything, was even more ghastly than Auschwitz I. Birkenau extends over a vast area of more than 400 acres and includes 300 prisoner blocks. Some of it remains standing but many structures have decayed and collapsed with the passage of time. There are still pits which were used to contain the ashes from the cremated corpses before they were carted off to be used to fertilise the surrounding farmlands. This part of the complex has not been turned into a formal museum but was left as it was found. The effect is very stark and memorable.

The museum is run by a Polish government ministry; Horowitz was very impressed with their professionalism and dedication. What at first drew his attention to the “selfie” question was the sheer size of the crowds attending with him. Between one and two million people visit Auschwitz each year. Horowitz had previously read about problems with visitor behaviour, so he wasn’t altogether unprepared, but he said it was still a bit of a surprise. He recalls, for example, seeing a group of young women embracing and giggling while taking photographs of themselves using a phone camera on a stick. The background they had chosen for these photographs was a block where experiments on women prisoners had been carried out by the Nazis, The Telegraph reports.

Horowitz notes other examples of bad behaviour that he observed during his visit. He says that he would like to see a ban on all cameras and mobile phones at Auschwitz. Why on earth, he asks, do people need to take photos there at all?

He also feels that arranging a visit to the death camp should be made a more deliberate process. As things stand, visits are touted by tour operators as just one of many options, such as horse rides and visits to other places of interest. In these circumstances, it is clear to Horowitz that many people go there without really thinking about why they are doing so, and they arrive there without a suitably humble and sombre mental attitude.

Horowitz reiterates something one of his guides at Auschwitz said – that it should be regarded by visitors as a privilege to have the freedom to observe what was done by the Nazis and to be able to learn from it.