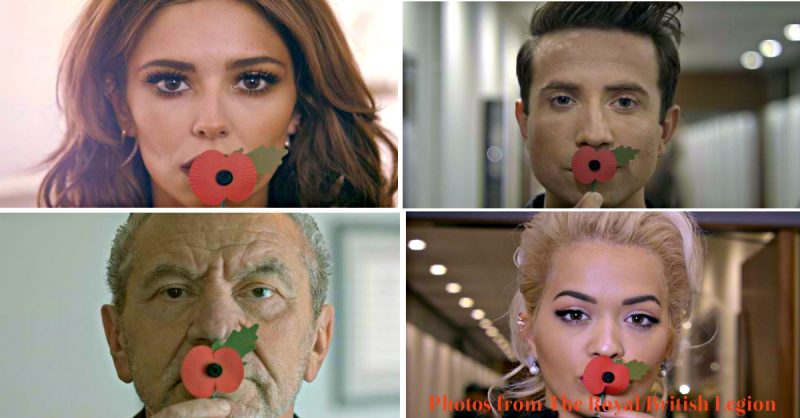 Celebs front poppy appeal video urging the public to participate in the Two Minute Silence this coming Wednesday, November 11. The video was released after one survey reported shocking stats on the public’s knowledge about the significance of this observation and the day itself.

November 11 is Armistice Day, the day that marks the end of the Great War 97 years ago, the signing of the armistice. And it was King George V who introduced the observation of the Two Minute Silence on the above-mentioned day.

However, a recent survey revealed shocking results about how the current British public see the observation.

Reportedly, 38% of the population have no plans to observe the Two Minute Silence this year. Additionally, the survey showed that 45% of the population – that’s almost half – admitted that though they would observe the Two Minute Silence, they would do so while doing their normal activities with 12% using social media, 17% emailing and 18% checking the internet.

What’s more, when it came to the 18-25 age bracket, just a little above half of the population [51%] are planning to observe the Two Minute Silence on Armistice Day while 67% did not even know when Armistice Day really is.

In line to this, celebs like Cheryl Fernandez-Orsini, Olly Murs and Rita Ora took part in the poppy appeal video encouraging the public to take part of the Two Minute Silence on Wednesday . . . in proper silence.

The trio are joined by more celebrities like Lord Alan Sugar, Nick Grimshaw, Andrew Flintoff and Caroline Flack. They make the call by holding a poppy against their closed lips.

The two-minute video appeal for the Two Minute Silence was released by the Royal British Legion.

“Modern life is lived at an incredibly fast place. But it is hugely important that people find the time to remember and respect those that have sacrificed – and continue to make sacrifice – in the service of our country,” retired Rev. Nigel McCulloch, the Royal British Legion’s National Chaplain, said.