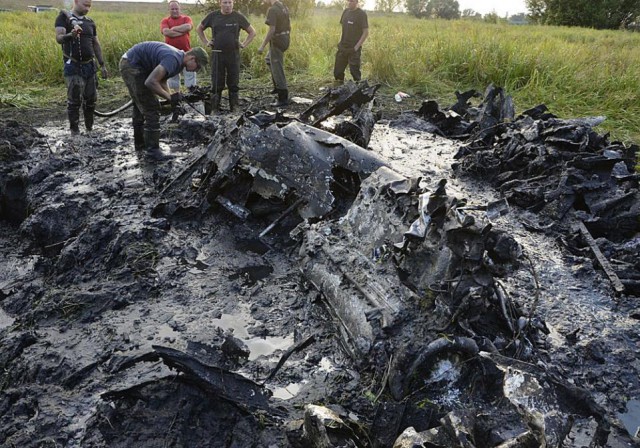 Poland’s Vistula River and its tributaries have yielded some very interesting finds after water levels fall to their lowest. Prolonged drought in the country have revealed several remnants from Poland’s dark 20th-century past — a Soviet WWII plane along with the remains of its pilots as well as a number of Jewish tombstones.

These discoveries follow an earlier one wherein stone fragments from the early 20th-century Poniatowski Bridge across Vistula River in Warsaw were found. German troops had blown up the bridge in 1944 during the crushing of the Warsaw Uprising. It was rebuilt after WWII ended.

Polish officials have long known that the murky waters of the Vistula River and its tributaries hid a vast wealth of archaeological finds. However, searching for them was impossible until now. The Vistula River originates from the Beskidy Mountains and ends up in the Baltic Sea traveling some 651 miles [1,047 kilometers]. Its water levels are now on their lowest since the late 18th century, the time when water level measurements for the river started.

“The Vistula River is hiding no end of secrets. They are everywhere,” Jonny Daniels stated as he waded through a shallow area of the Vistula River picking up fragmented stones with Hebrew carvings along the way. Daniels is the head of From the Depths, a Jewish foundation. 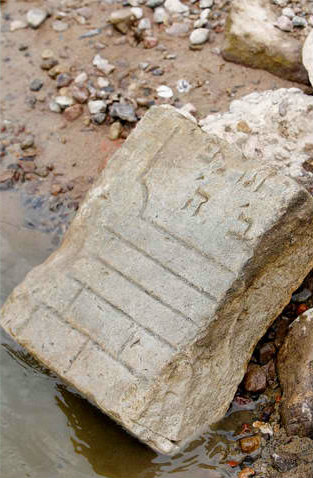 These fragmented stones found in Warsaw are from Jewish tombstones that are believed to come from the Brodno cemetery situated in the Polish capital’s Praga District. The said cemetery once housed the remains of some 300,000 Jews. But of that number, only a mere 3,000 remains today. Reportedly, the rest were removed during and after the Second World War, used as building materials or as riverbank reinforcements of the Vistula River.

Accordingly, a man walking along the Vistula River in Warsaw came across some fragmented stones with Hebrew lettering two weeks ago. Tuesday, August 16, that man took Daniels there.

Presently, some of the stones have been removed though there are still a few fragments lying on the riverbed. Daniels hopes to bring students there to do a more thorough search as he wants to return anything he finds to the cemetery.

The Bzura River, a Vistula River tributary, also yielded the remains of a WWII-era Soviet fighter bomber. The pieces were discovered by explorers last Sunday, August 22, near Kamion Village in Central Poland. The plane is believed to be a IL-2, though the explorers have not been able to determine this for certain thus far due to the poor condition of the wreckage.

According to Zdzislaw Leszczynski, the head of the museum where the remains were moved, the discovery included parts of Soviet uniforms, a parachute, a sheepskin coat collar, parts of boots, a pilot’s TT pistol and radio equipment. Explorers also found a lot of heavy ammunition. Leszczynski added that the radio equipment and the control panel had inscriptions on them that are in Cyrillic.

Leszczynski stated that according to witnesses’ accounts, the Soviet fighter bomber got hit in January of 1945 while it was flying low over the area. It unfortunately crashed into the thick ice down to the icy waters of the river. The crash happened before the advance of the Soviet’s Red Army while German troops retreated to the German capital.

“Until now, the water level did not allow for the search and there was no one willing to enter this swamp,” he stated.

Meanwhile, Valeria Perzhinskaya, spokeswoman for the Russian Embassy, believes that the discovery is of great importance. She went on to say that she is hoping that the remains of the crew found with the WWII Soviet plane will be properly identified and be given decent burials.

It should be remembered that an estimated number of 600,000 Soviet soldiers died as they battled the Germans within Polish territory.