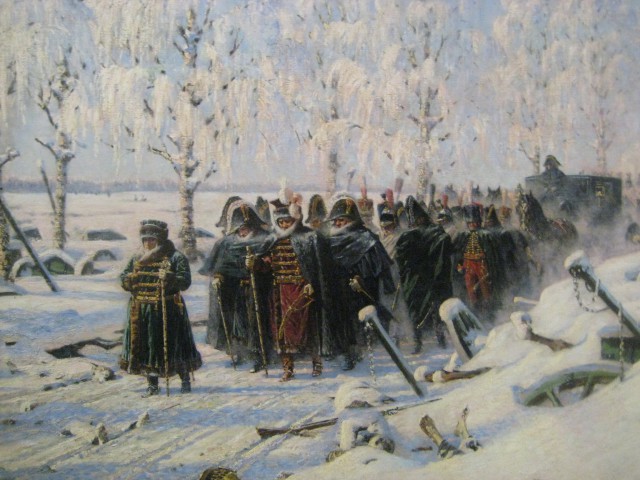 The bodies of some 200 soldiers from the Napoleonic army have been unearthed from a mass grave found near the German city of Frankfurt. The discovery was made during a construction project in Frankfurt, which turned the site into a massive excavation project led by the Frankfurt’s heritage and historic monuments.

According to the director of Heritage and Historic Monuments of Frankfurt, Andrea Hampel said that all the evidence indicates that these soldiers belong the Napoleon army that invaded Russia in 1812. She also added that the fact that coffins were buried in a non traditional orientation i.e. facing north-south instead of east-west, suggests that the graves were dig in great hurry.

This discovery is very significant for the historians since the invasion of Russia by Napoleon is of great importance for European historians. Napoleon rise to power was no less than a miracle, and after he took to the reigns of the vast French Empire it was only natural for a ruler like him to think of expansion at any cost. With Napoleon’s rise to power came the great unrest for other empires and little federations in the European continent. Napoleon was not only ruthless dictator, he was also a great general and strategist. During a conversation with one of his adversaries Napoleon had famously made the comment that he measured the victory and superiority of an empire with its ability to lose lives in the battlefield.

Historians pretty much agree upon the fact that Napoleon’s ill prepared and hasty invasion of Russia was actually the start point of his eventual downfall, which was sealed in the famous Battle of Waterloo in 1815 at the hands of Britain, Prussia and the Dutch.

A total of 600,000 French troops attacked Russia in the summer of 1812 hoping to win the war before the Russia’s legendary killer winter. Napoleon was more than confident under the advice of his ill informed generals, and had no doubt that Russia was his at the end of the summer that year. However nothing played out for Napoleon and he faced a very strange set of obstacles. Napoleon’s Army did manage to take Moscow but the defenders of the City had spread out in the surrounding mountains.

Napoleon made the grave mistake of going into the chase anticipating the winter was still some time away. However winter came early that year and loss of life for French Army surged dramatically. Napoleon’s Army had to resort to a shameful retreat but on its way back to France it fought a number of big and small battles. One such battle took place near the city of Frankfurt in which 13,000 French troops perished. By the time Napoleonic Army reached Paris it was reduced to a mere 90,000 from the 600,000 who originally set out, the BBC News reports.

From the excavation site near Frankfurt a total of 30 bodies have already been securely unearthed. A number of teams have arrived at the site and the whole project of excavating all 200 bodies is expected to take at least four to six more weeks.