During the Cold War, both the Soviet Union and the US were in a military race to out-do each other, and military technology developments during that period have outweighed any other in history.

It was the constant threat of all-out nuclear devastation that kept both sides driven to develop a weapon or defence system that could attack or protect with equal or heightened measure.

Here are some of the most dangerous weapons and equipment developed during that time. 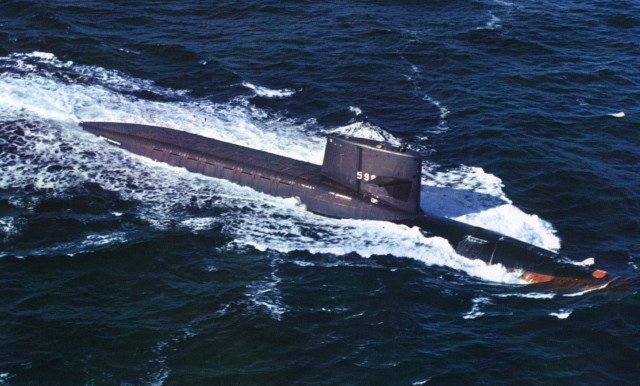 The first ballistic nuclear missile submarine was built by the US only 12 years after the country had dropped two atomic bombs on Japan to end World War Two. 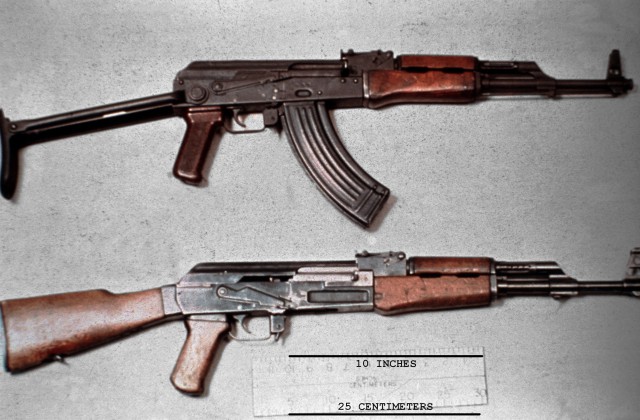 The Soviet-made Kalashnikova model 1947 remains one of the most famous and used rifles of all time. It has a 30 round magazine and it can be recognised the world over. It is lightweight, easy to use and hard-wearing. Because of its ease of use, unfortunately it is often used by child soldiers in areas of conflict.

Mikhail Kalashnikov is said to have designed the rifle, who was a mechanic and tank driver during the war.

A US fighter bomber built around 13 years after World War Two, it could reach the highest speeds within aviation development at the time. It could carry around 18,000lbs of munitions, but was also a fighter aircraft at the same time.

It was widely flown by the US, Germany, Japan, and Israel. With twin-engines, it was superior to any other fighter aircraft in the skies.

The Fusil Automatique Léger (“Light Automatic Rifle”) or FAL is a semi-automatic/selective fire battle rifle produced by the Belgian armaments manufacturer Fabrique Nationale de Herstal (FN). During the Cold War it was adopted by many North Atlantic Treaty Organization (NATO) countries, with the notable exception of the United States. It is one of the most widely used rifles in history, having been used by more than 90 countries.

The FAL was predominantly chambered for the 7.62×51mm NATO round, and because of its prevalence and widespread use among the armed forces of many NATO countries during the Cold War it was nicknamed “The right arm of the Free World”.

A British Commonwealth derivative of the FN FAL has been produced under licence as the L1A1 Self-Loading Rifle. 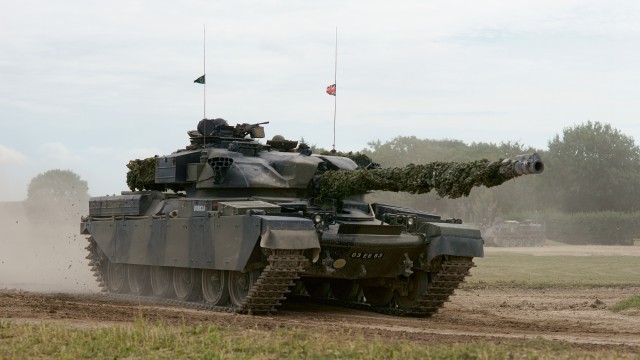 Chieftain tank in action at the Bovington Tank Museum – Wikipedia

Made by the British Army in 1966, it was one of the most powerful tanks of its time. It was large and heavy and had been based on the Centurion tank developed at the end of World War Two, with better armor and engine.

It had a 120mm main gun, while the rifled gun was bigger and more powerful than other Allied or Soviet tanks. 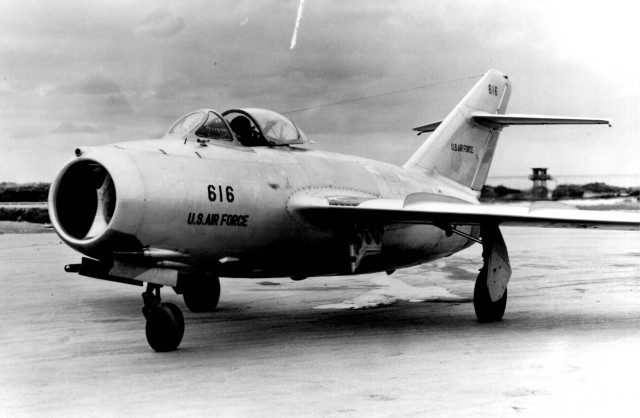 The Mikoyan-Gurevich MiG-15 iss a jet fighter aircraft developed by the Soviet Union. The MiG-15 was one of the first successful jet fighters to incorporate swept wings to achieve high transonic speeds. Introduced in combat over the skies of Korea, it outclassed straight-winged jet day fighters which were largely relegated to ground attack roles, and was quickly countered by the similar American swept-wing F-86 Sabre. 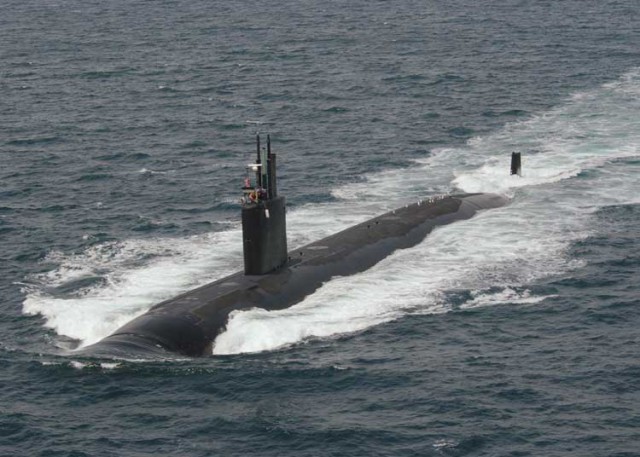 The Los Angeles class (also known as the 688-class) is a class of nuclear-powered fast attack submarines in service with the United States Navy. They represent two generations and close to half a century of the U.S. Navy’s attack submarine fleet.

In 1982 after building 31 boats, the class underwent a minor redesign, the following 8 that made up the second “flight” of subs had 12 new vertical launch tubes that could fire Tomahawk missiles. The last 23 saw a significant upgrade with the 688i improvement program. These boats are quieter, with more advanced electronics, sensors, and noise reduction technology. Externally they can be recognized quickly as their retractable diving planes were placed at their bows rather than on their sails. 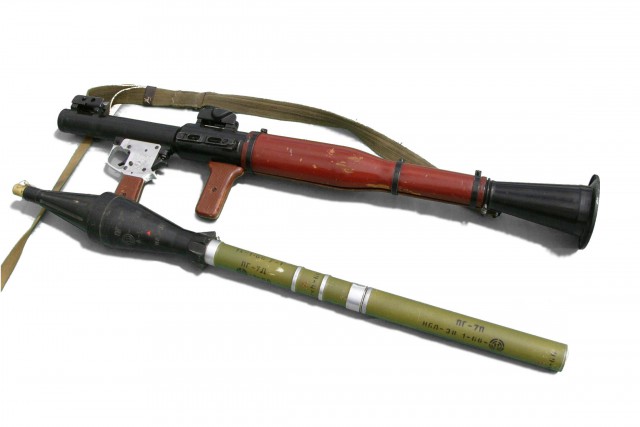 The RPG-7 is a portable, reusable, unguided, shoulder-launched, anti-tank rocket-propelled grenade launcher. Originally the RPG-7 and its predecessor, the RPG-2, was designed by the Soviet Union.

The ruggedness, simplicity, low cost, and effectiveness of the RPG-7 has made it the most widely used anti-armor weapon in the world. Currently around 40 countries use the weapon, and it is manufactured in several variants by nine countries. It is popular with irregular and guerrilla forces. The RPG has been used in almost all conflicts across all continents since the mid-1960s from the Vietnam War to the early 2010s War in Afghanistan. 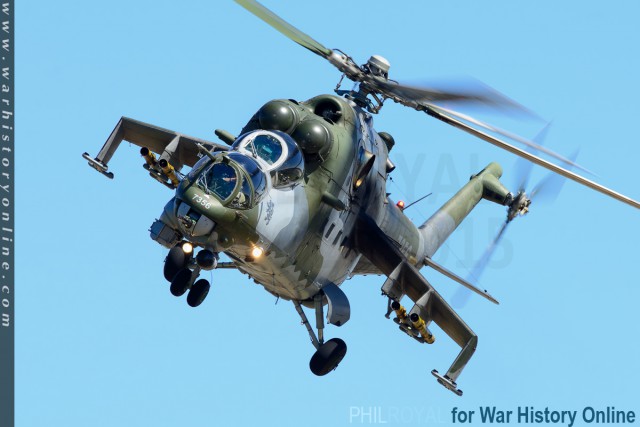 The Mi-24, a large helicopter gunship, attack helicopter and low-capacity troop transport with room for eight passengers. It has been operated since 1972 by the Soviet Air Force and its successors, along with more than 30 other nations. In total around 2300 MI-24’s have been built and most are still in service.

The Mi-24 fuselage is heavily armored and can resist impacts from 0.50 cal rounds from all angles, the cockpit is protected by ballistic-resistant windscreens and a titanium-armored tub.

The first combat use of the Mi-24 was with the Ethiopian forces during the Ogaden War against Somalia. The helicopters formed part of a massive airlift of military equipment from the Soviet Union, after the Soviets switched sides towards the end of 1977. 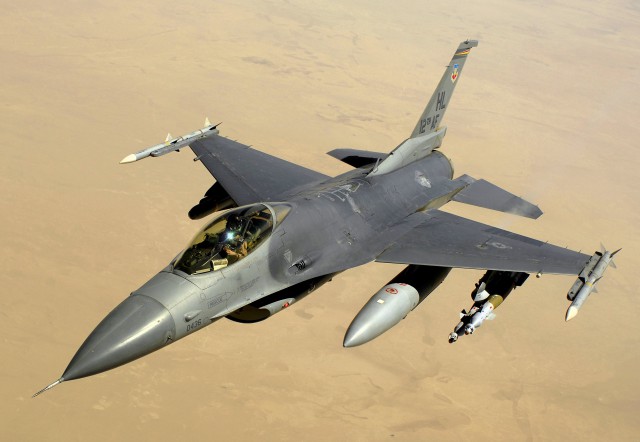 The F-16 Fighting Falcon is a single-engine multirole fighter aircraft originally developed by General Dynamics for the United States Air Force (USAF). Designed as an air superiority day fighter, it evolved into a successful all-weather multirole aircraft. Over 4,500 aircraft have been built since production was approved in 1976.

The Fighting Falcon has key features including a frameless bubble canopy for better visibility, side-mounted control stick to ease control while maneuvering, a seat reclined 30 degrees to reduce the effect of g-forces on the pilot, and the first use of a relaxed static stability/fly-by-wire flight control system which helps to make it a nimble aircraft. The F-16 has an internal M61 Vulcan cannon and 11 locations for mounting weapons and other mission equipment.