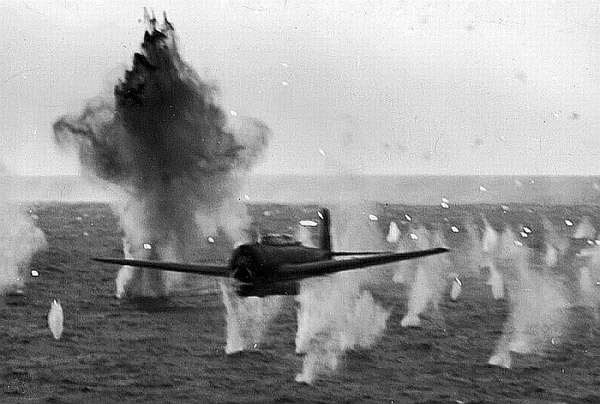 WWII Kamikaze pilots were men who were not only driven with a sense of patriotism. They were also steered by necessity and self-sacrifice to be who they were during the war — the suicide bombers of WWII.

The year was 1945. Hisashi Tezuka was only 23 when he, along with other young Japanese men many of whom were university students, filed into a room and were given forms asking if they wanted to be kamikaze. The question came with three choices: “I passionately wish to join”, “I wish to join” and “I don’t wish to join”.

Hisashi saw that some of his buddies were quick to answer, answering their forms in a flash and walked away. However, he with many others stayed behind for what, according to him, felt like hours contemplating their decisions.

In his desire to be true to himself, he crossed out the second choice and wrote a personal answer: “I will join”.

Recalling his answer that day, he said that he never wished to be a Kamikaze pilot that was why he did not chose any answer from the choices provided. Back then, he was also intrigued about whether someone dared to refuse being offered to be a kamikaze. Later on, he learned that those who did dare turn down the offer were simply told to choose the right answer.

The name kamikaze meant “divine wind” and came from a typhoon which destroyed enemy fleet in Japan in the 13th century. The kamikaze unit was formed as a last desperate move to win the war. And while most movies and books portray kamikaze pilots as crazed pilots meeting their deaths with the scream “Banzai!”, this was not the case.

Of course, Japan, like the other countries engaged in the Second World War, had patriotic young men who felt that by being a kamikaze they were doing great service to their fatherland, there were kamikaze pilots who, by their own will, wouldn’t want to die as Japan’s suicide bombers. Some, like Tezuka, joined as they were not given any other choice but to do so and some were forced.

According to the US Strategic Bombing Survey as well as the data kept at the Yasukuni Shrine’s library in Tokyo, there were about 2,500 kamikaze pilots who died throughout WWII.

During his interview, former Kamikaze pilot Hisashi Tezuka divulged that he was one of the perfect candidates for the job. Having siblings, he had six brothers and one sister, and not being the eldest [Japan held this feudalistic mindset that firstborn sons are the protectors of their family’s heirs and, therefore, must be spared]  made one a “good pick” those times. Tezuka passed these two “rules”.

Tezuka went on to say that after being selected to become a kamikaze pilot, he was granted a five-day leave so he could visit his parents. But then, he did not have the heart to break the news to them . . . the sad fact that he was training to become a kamikaze.

He knew for sure that if the day came when he had to go and do his mission, it would be his last. “You go and it’s over,” he said.

But then, Tezuka’s fate changed. He was already on the train taking him to his kamikaze mission when Japanese Emperor Hirohito announced the country’s surrender over radio. Describing that time, the now 93-year-old former kamikaze pilot said that he was so set to die his mind was just blank. He also noted that at his age, he has been living in this world four times as long as many kamikaze.

Tezuka loved flying the Zero fighter so much that he couldn’t take being a commercial pilot after WWII ended. He also stayed away from military-related jobs as he was so sick of the war. So, he ventured on a field that was a far cry from anything military — the former kamikaze became an import consultant.

In his line of business, he often had to visit and mingle with American farmers. However, he never told them his secret, that he was once trained to be a kamikaze.

Tezuka has a photo that he keeps and looks at from time to time. It’s a picture of him as a young Zero fighter, decked in his uniform and grinning from under his helmet with the Zeros’ trademark white silk scarf on his neck.

According to him, the scarf was for keeping them warm as it “gets really cold up there”.