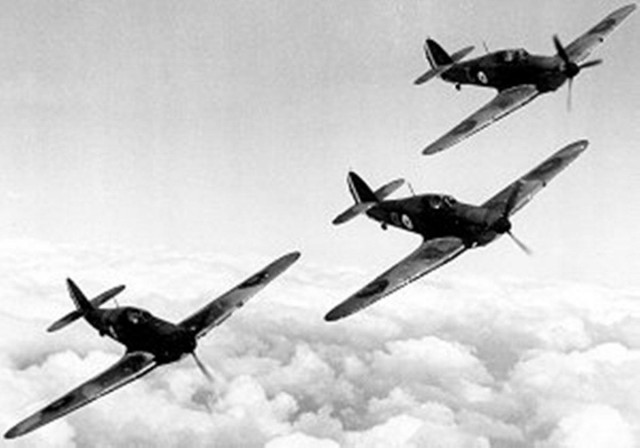 Today there are fewer and fewer surviving members of the RAF who took part in the battle. One of the pilots who is still with us is Wing Commander P.C. Farnes.

When Hitler began his air attack on the UK, the British knew that it would be followed by an invasion from the sea, and so wanted to stop the Luftwaffe taking over control of the skies over Southern Britain.

RAF commanders created a special force of fighter pilots who could take to the air in the lightweight and manoeuvrable Spitfires and Hurricanes and take out the incoming more sturdy and slower German bombers as well as the Messerschmitt fighter.

Farnes flew the Hurricane during the battle and says that it was one up on the German’s Messerschmitt fighter. Even though the Hurricane could not fly as high or as fast as the Messerschmitt, Farnes says that they relied on the element of surprise and would sneak up behind the German fighter to take them out.

The Hurricane was fitted with eight machine guns but was not able to carry a lot of munitions and was only able to fire for 15 seconds before running out of bullets.

Farnes says that they would have to go in quick, use the element of surprise, fire for about four or five seconds then break away and ensure that they were not under enemy fire before going back in for a second shot.

Farnes was part of the RAF’s 501 Squadron and had joined in 1939 just as the war was breaking out. During his time as a Hurricane pilot he shot down eight German planes and was honoured with the Distinguished Flying Medal after the Battle of Britain, The Telegraph reports.

At the time Farnes says that flying was his job and that it was simply a part of his life he had to do. Looking back on the experience he says that he quite enjoyed it, and was glad the battle is heralded as the battle that saved Britain from German invasion.