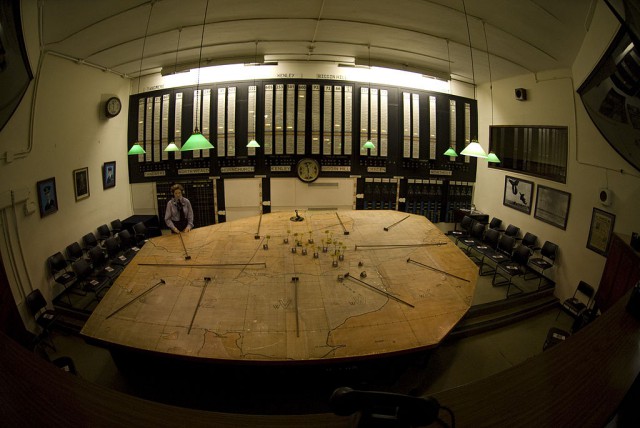 The British government has promised £1 million in funding to save and restore an historic Battle of Britain bunker in west London. The bunker is located in Uxbridge, a suburb to the west of London, and was used as the operations centre by the Royal Air Force during the Battle of Britain in the summer of 1940.

The Battle of Britain was an airborne battle in which the RAF sought to defend and fend off thousands of German Luftwaffe bombers and fighters from July through September in 1940. It was Hitler’s attempt to expand his empire and invade Britain.

The British government says that the restoration of the bunker is to ensure that a crucial part of British history is preserved and maintained for future generations. The Uxbridge bunker which was known as Group Fighter Command Centre has been left to disrepair, but the government views its restoration as a memorial to all of those RAF crewmen who fought and gave their lives during the conflict.

The restored bunker will be accompanied by a visitors centre and educational exhibition, which has secured extra funding from the local council in Uxbridge. London’s Mayor Boris Johnson played a role in lobbying the government for the funding for the restoration and he welcomed the news. He said that the command centre used and was created from cutting edge technology and was a state of the art facility when it was first built in 1939.

The bunker did receive some renovations in the 1980s in attempts for it to be preserved, but now it is in desperate need of repair. During heavy rain the bunker becomes flooded and the water has damaged the site considerably.

World War Two veterans from around the country have been donating items from the era to the bunker project. The items are being collated and stored for display when the centre opens. Some of the items are said to be extremely valuable and so the centre will act as a museum to preserve and protect them, the GetWestLondon reports.

RAF Northolt, which still remains as a working air base and where the bunker is located, is going to be working with the local authorities to ensure the centre remains sustainable in the long term.