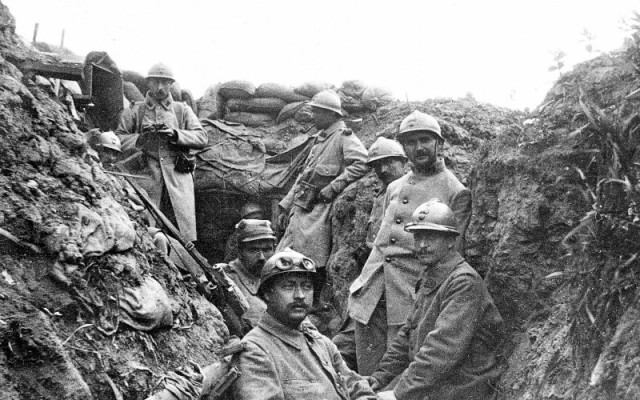 During WWI many soldiers, from all sides lost their limbs in combat. Military doctors risked their lives to save these soldiers but the conditions in which the surgeons had to operate on soldiers’ limbs, were often not sterile, so infection was rife.

Several books and articles were written documenting the tough tasks that army physicians, limb makers and rehabilitation specialists faced during WWI. The late Fred Houdlett Albee, MD, in his book Orthopedic and Reconstruction Surgery: Industrial and Civilian, 1921, includes a report from the army’s Office of Surgeon General (OSG) that details how the conditions affected their ability to perform surgery to a high standard:

“Amputations were sometimes performed carelessly and [residual limbs] left open that could, with safety, have been closed.”

Albee was a colonel in the Army Medical Corps and the director of the Department of Orthopedic Surgery at the New York Post-Graduate Medical School.

In his book Albee also explains the remarkable and simple reason why there were fewer arm amputees than leg amputees:

“The statistics of the French army show that the relation of loss of the lower extremity to that of the upper extremity is three to two. The proportion of disabling injuries not resulting in amputation is the reverse of this. The reason for this has been found to lie in the fact that when a man received even a very severe mangling injury to the arm he was able to walk back to the dressing station where he received treatment which prevented infection and saved his arm.”

The OSG admitted, in Albee’s report, that prosthetic limbs were often ill-fitting because there was no follow up between surgeon and artificial limb maker. “As a rule, the surgeon rarely sees his patient after the healing of the wound, but turns him over, usually without supervision, to the care of the artificial limb maker.”

The report goes on to say, “The surgeon loses one of the most valuable means of control in the perfection of his technique and frequently errs in comparatively simple details, which a knowledge of the fundamental points of the artificial limb maker’s art would enable him to avoid.”

Other factors had to be considered prior to surgery. The injured soldiers were suffering from shock and fatigue in addition to their physical wounds, which meant they were more likely to contract infection, so decisions had to be made fast.  The OSG stated:

“The questions of when to amputate, at what point it should be done, what type of amputation should be chosen and whether the incision can with safety be closed are obviously matters of the most vital importance to the individual and also determine whether his aftercare and the fitting of the artificial limb are to be easy or difficult.”

More than 50,000 French army veterans lost limbs during WWI, as a result of wounds they received in bloody battles such as Verdun. Many thousands of British and Commonwealth soldiers also lost their limbs. The high volume of French amputees compared with the number of American amputee veterans is due to the fact that the U.S. military joined WWI in 1917, after the French and British armies.

Image by Ernest Brooks – This is photograph Q 800 from the collections of the Imperial War Museums (collection no. 1900-09), Public Domain, https://commons.wikimedia.org/w/index.php?curid=92427