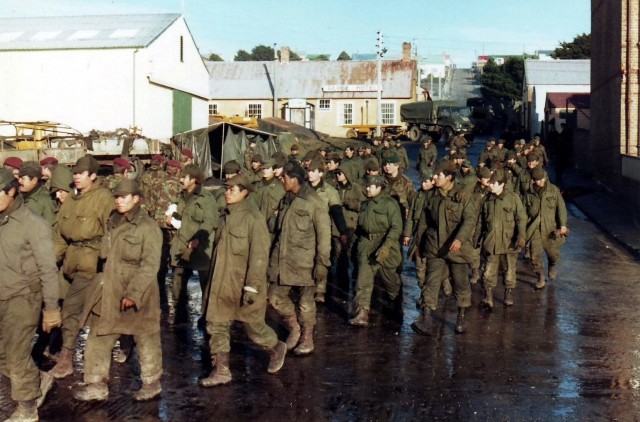 The dynamics of the war and conflicts are such multi façade that one could not grasp the phenomenon in its entirety. A very less known and relatively short conflict of the late twentieth century has so much to offer that it is unfathomable.

Prior to the summer of 1982, most of the Argentinian people and military establishment held the belief that a tiny cluster of Islands called ‘Malvinas’ was wrongfully occupied by the British government. British who call these islands ‘Falkland Islands’ claimed the ownership for the better part of last two centuries.

In April 1982 Argentina launched a land invasion of the Islands by landing 10,000 soldiers on the islands. Britain was ready to defend its territory and intense fighting broke out claiming almost a thousand lives mostly Argentinian.

For many people the conflict is nothing but an elaborated ambush or attempt by Argentina that failed but for the Argentinian soldiers involved in the conflict the war was much more than just a combat with Brits. The top-secret documents released by the Argentinian military present shocking revelations about the condition of conscripts on the Falkland Islands.

For the past thirty years a small group of Argentinian soldiers have been trying to raise awareness about the ill treatment of young Argentinian conscripts at the hands of their superiors. They talk about the sadist behaviors of their officers and harsh punishment they had to endure in the name of discipline. Not many people took them seriously, they were even mocked for being cowards and their case was closed earlier this year due to the lack of evidence, the BBC News reports.

But the documents released by the Army confirm the claims of the soldiers and has opened another debate in the country about the conflict more than thirty years ago.

Soldiers speak of intense psychological damage and mental trauma due to the behaviors of Argentinian military. Most of the conscripts were young and under trained, for many of them firing a single shot was a new thing let alone fighting an intense battle. More then 10,000 of such young soldiers were landed on the islands, they were told nothing about the resistance they might encounter by the British. During the war Argentinian soldiers went through a routine of daily humiliations and punishments at the hands of their commanders. Some of the soldiers were urinated upon by other soldiers and sometimes by the commanders to teach them a lesson. Others were forced to eat their meals while sitting among feces and other filth.

For many soldiers who fought during the Falklands war the real battle was never with the British, they were rather fighting a much more deadly fight for their honor with Argentinian officers. Many Argentinian soldiers spoke of a sense of relief and gratitude after they were captured by the British forces, since they did not have to endure the humiliating punishment anymore.