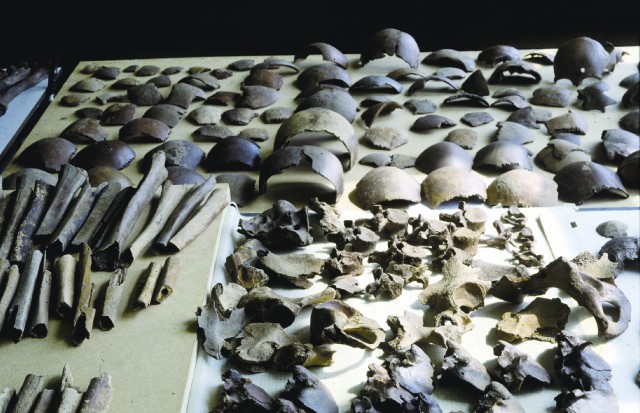 Archaeologists in the Netherlands have come across something quite amazing.  They believe that they have found the remains of one of Julius Caesar’s battlefields and that they can prove it. The site of the remains suggests that Caesar did actually set foot on Dutch land, where it was thought he may have massacred two Germanic tribes, killing 150,000 people in one battle.

The tribes were massacred by the Roman emperor in 55 BC.  The battlefield in Kessel, Brabant is now a battle site that visitors can go and visit.  There were skeletons, spearheads, swords, and a helmet found over the past three years.  With the scientific methods of carbon dating and historical and geochemical analysis, it’s suggested that those items dated to the first century.

One of the archaeologists and researchers from Amsterdam says that this is the first raw proof that Caesar did set foot on Dutch land.  Unlike some of the theories and textbooks, this can now be proven.

The story behind the massacre is that the two tribes, Tencteri and Usipetes, came from the east of the Rhine and asked Caesar to take them in.  The emperor refused and ordered eight legions and cavalry to destroy them without question.  Caesar did not give them a chance to leave peacefully; he murdered them instead.

The emperor had written about the battle in Commentarii de Bello Gallico. However, he never indicated the exact location where it happened.  He wrote that he killed more than 400,000 people, but researchers now believe it was more like 150,000 to 200,000.

One of the team members said that an action like that would, without question, qualify as genocide. Another team member said that although Caesar did not plan on destroying the tribes and did not want to be known for what he did, he still must have realized he was wiping out two ethnic groups completely.  Did he not understand the consequences? Or did he just not care? 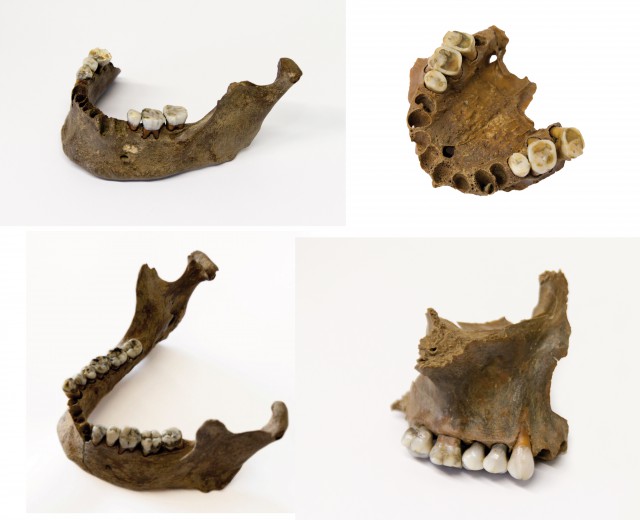 However, it is said that when people talk about a mass murder, generally people don’t object because it was only barbarians were killed. This could be the reason is why Caesar’s men did not object to the order to massacre the tribes. Some of the researchers’ and archaeologists’ reports suggest that after the massacre the bodies and the weapons of the tribes were all collected and put into a moss bed.  Some of the weapons and swords were purposefully bent, possibly in a ritualistic way.

The remains the teams have found suggest, with carbon dating, that Caesar not only killed men from the tribes, but also the men and women.  Their remains have spear wounds suggesting that they were killed by those weapons. With the radiocarbon dating, it can be seen that the bodies and materials from Kessel were all part of the Late Iron Age.  Along with that, the teeth remains suggest that they were not native Dutch but came from elsewhere.

Caesar kept records of his battles; he said that when he arrived at the enemy camp, the Germans were not aware of the massacres that had happened.  He says that after his men had started to attack, the tribes panicked, and without the help of their chiefs they were not sure how to react.  They did not even have time to gather any weapons to defend themselves.