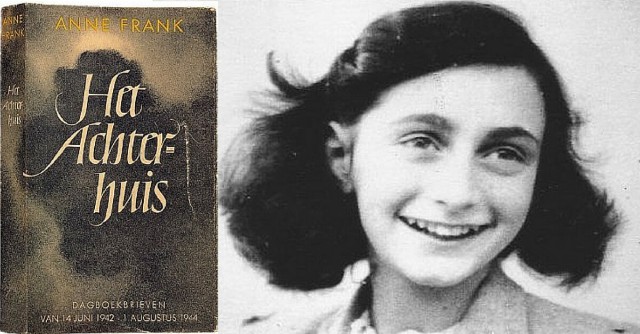 A battle over the copyright for Anne Frank’s World War Two diary is becoming heated as several parties contest the rights to the diary.

Anne’s father, Otto Frank, was one of the original editors of the diary and set up the Anne Frank Foundation to put the diary out for publication. If the foundation’s copyright extension is found to be legal, it could gain rights to the diary for another 35 years.

Anne Frank, a Jewish girl, wrote her diary in Amsterdam while in hiding from the Nazis during the war. She lived in an attic with her family. The Foundation is now threatening legal action against several parties who are planning to publish other editions since the current copyright ends in January 2016.

The Foundation had sent letters to the parties to remind them of its copyright for the diaries and stating that the rights will not end on the 70th anniversary of Anne’s death this January as anticipated.

The argument comes as the Foundation believes it can lawfully add another 35 years to its copyright. Otto Frank originally founded the organization to keep Anne’s memory alive, and he died in 1980. The Foundation is asserting that Otto was one of the co-authors of the diary, so it will, therefore, be able to extend its rights to 70 years after his death.

Many critics have come out to argue against the copyright restrictions, and others still intend to publish their own independent versions.  One historian, Dr. Deborah Lipstadt, said that she thinks the extension case is a bad move by the Foundation since it confuses who the authors of the diary actually were.

Anne’s diary has always been published as her own works, but with the Foundation ascertaining that Otto was also an author, questions may arise over the authenticity of the diary.

The Foundation is maintaining that copying or publishing Anne Frank’s original diary in 2016 or after is against the copyright that is owned by the Swiss Anne Frank Foundation.

An expanded and revised edition of the diary was published in the 1990s by a separate author, but the copyright for that version has also been provided to the Foundation.

Anne Frank was Born in the city of Frankfurt, Germany but she lived most of her life in or near Amsterdam, the Netherlands. Born a German national, Frank lost her citizenship in 1941 and thus became stateless. The Frank family moved from Germany to Amsterdam in the early 1930s when the Nazis gained control over Germany.

By May 1940, they were trapped in Amsterdam by the German occupation of the Netherlands. As persecutions of the Jewish population increased in July 1942, the family went into hiding in some concealed rooms behind a bookcase in the building where Anne’s father worked.

In August 1944, the group was betrayed and transported to concentration camps. Anne and her sister, Margot, were eventually transferred to the Bergen-Belsen concentration camp, where they died (probably of typhus) in February or March 1945, just weeks before the camp was liberated in April