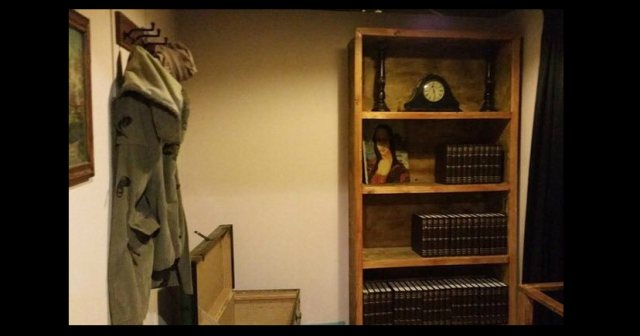 In the town of Valkenswaard, which is 87 miles outside of Amsterdam, an Escape Bunker has recently been opened to the visitors, with a room in the complex that has been replicated in the style of the famous apartment that Anne Frank, her family and other Jewish Holocaust victims used to hide from the Nazis during WWII. The Anne Frank Foundation has deemed the imitation room a mockery of the victims’ memory.

The Anne Frank Foundation has criticized an “escape room” game that has been created by a man named Thijs Verbane, in which members of the public can be locked in the mock-up room and are given just one hour to escape.

Verbanehas defended the idea of the game as “an educational experience.” Visitors are expected to use the hour as a type of team-building exercise, where they must employ a combination of teamwork, lateral thinking and creativity to hatch and execute an escape plan. He states that the game does not make light of the suffering of Anne Frank and her family.

The Foundation has voiced its concerns about the game on its website, stating that the use of the annexe in this way is an attempt to make light of the struggles faced by Jews during WWII. Pretending to hide from the Nazis should not be construed as an exciting and fun thing to do, and the Foundation has said that “it shows very little empathy for survivors” of the Holocaust for the annexe to be used as “a backdrop for an escape room.”

The Anne Frank Foundation is responsible for managing the museum that is housed inside the building in Amsterdam where Anne and her family went into hiding from the Nazis during WWII. Anne was just a teenager when she died of illness in March 1945 at the Bergen-Belsen concentration camp. Not long after her death the camp was liberated by Allied forces.

In the years that followed her death, Anne’s diary became a famous piece of historical literature. In the diary Anne wrote of the trials and tribulations faced by her family and other Jews as they hid in constant fear of their lives from the Nazis.

The story of Ann Frank is one of the best known stories of WW II. Her diary is still a best seller after all these years and is studied in schools worldwide. Anne and her struggle has touched countless people since the end of WW II.