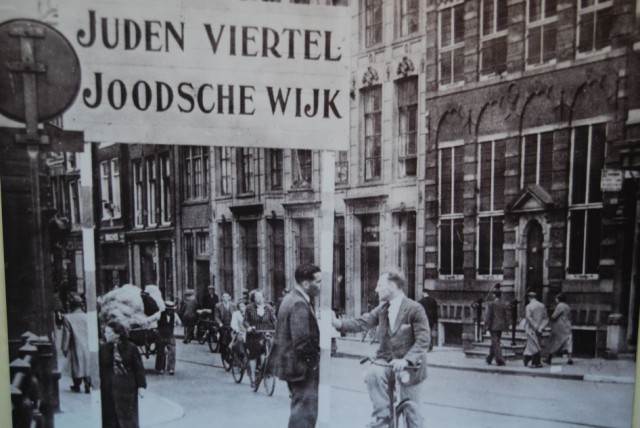 Authorities in the city of Amsterdam have announced that they will be refunding fines that were enforced on Jewish families during the war for late rent payments. The families had been incarcerated in concentration camps by the Nazis and so were not able to keep up with rental payments.

The city discovered records of the fines charged to Jewish families in an archive. Authorities say that now the descendants of the Jewish families who were charged the fines are able to apply for a refund. They added that the fines were unfairly charged by the local authorities at the time.

The records were first discovered two years ago when a student found documents outlining billings for rental arrears charged to Jews who had escaped from concentration camps during the war and who were living in properties that were owned by the city.

The late payment charges were also enforced on those who were living in houses that had been confiscated by the Nazis and had subsequently been occupied by Germans or members of the pro-Nazi National Socialist Movement. Some of the houses that Jews were charged for had even been destroyed by the German bombings.

The Netherlands became occupied by German forces in May 1940 and was under Nazi rule for five years until the end of World War Two. Around 80,000 Dutch Jews were gathered and deported from the country to Nazi concentration camps. Around 18,000 survived, while the rest were killed by mass extermination.

The records showed that around 240 of those who survived the Holocaust were billed fines for rental arrears when they arrived back in Amsterdam, The Telegraph reports.

Each case varies but the average fines paid is about 1800 Euros and can be repaid to any families who apply for the reimbursement. Further investigations have also revealed that Dutch bank accounts belonging to victims of the war were also raided by the Nazis. Now around 900 of the original owners of those bank accounts have been identified and the families or relatives are now able to claim for the monies taken from those accounts. Although only small amounts seem to have been stolen, with an average of around 60 Euros in the accounts.

The Dutch authorities have established a new website to help descendants to find out whether their relatives were charged fines or had their bank accounts taken away by the Nazis.

At the time the fines were charged, the Jewish population did fight back, with one family writing to the authorities asking whether it is right for the Jewish people to be paying fines incurred because of the Nazi invasion.