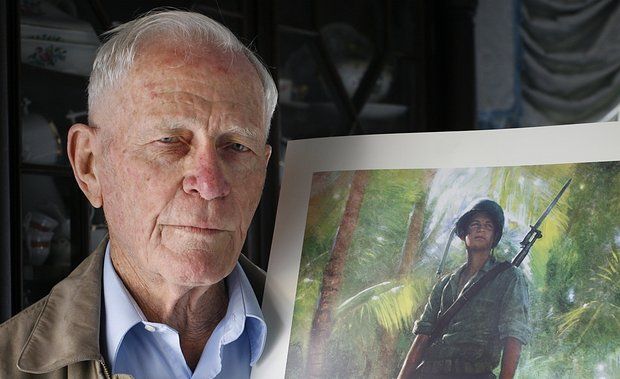 Doctor Sidney Phillips passed away this week at his home in Mobile, Alabama. He was one of his hometown’s great veterans and was famous for his parts in ‘The War’ by Ken Burns and the HBO series directed by Steven Spielberg, ‘The Pacific’.

Five years ago in 2010 Sidney was honored by Alabama State for his bravery and actions during World War Two.

The Governor of Alabama at the time said that during World War Two the Allied troops didn’t go to become heroes, but that they went to fight for their country and their freedom. He said that they were all role models for generations to come.

Sidney attended Mobile’s Murphy High School where his father was the Headmaster. Sidney graduated high school and immediately joined the Marines when he was just 17 years old in 1941, the AL.com reports.

When the war ended and Sidney returned home, he went back to school and studied medicine at Spring Hill College. He qualified as a physician and practiced in his home town for the rest of his life.