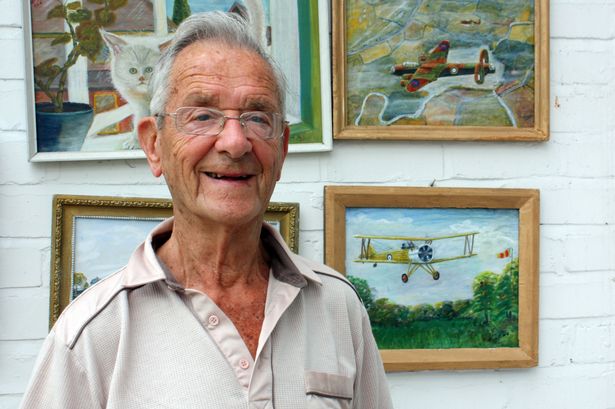 A 96 year old war World War Two veteran from Birmingham in the north of England is being allowed to pilot a plane as part of the 70th anniversary of the end of the war.

Harry Lloyd was a flight mechanic with the Royal Air Force during World War Two and had always wanted to be a pilot, but was never able to fulfil his dream until now.

Harry says that he’s always wanted to understand what it’s like to fly a plane and be in total control. The experience has been organised by a British charity called Contact the Elderly that works with the elderly to make their dreams come true.

Harry’s flight will take place in mid-September and he will be able to take control of a small airplane. He says that he is eager to actually take control of the steering wheel so that he is truly flying the plane. Harry thinks that it will be a feeling of freedom that he experiences during the flight, of being able to go wherever he wants.

During the war Harry was captured by Japanese troops and was imprisoned as a prisoner of war for four years. His story featured in a book of small stories about war veterans called Colours of the Day in the 1990s, and even then Harry is quoted as saying that he has one last ambition – to fly a plane.

The charity got in touch with Harry after one of its volunteers read the book and suggested they offered Harry the chance to fly.

The flight will be in a two seater small aircraft and will be in the form of a flying lesson. A flying instructor will accompany Harry on the flight which will last about an hour. During that time Harry will be able to take control of the plane and fulfil his dream.

Harry was part of RAF 605 Auxiliary Squadron, based at Castle Bromwich. He joined them just before his 18th birthday. Apart from his war time experiences, he also had quite an interesting personal life.

It was during the war that Harry and his girlfriend Maud decided to get married. All leave for servicemen had been cancelled, but Harry hitched with a milk truck to get back to Birmingham from his base in Wales just so he and Maud could marry in 1940.

As soon as the ceremony was over, Harry had to return immediately to the squadron with only 24 hours to get there and back.

It was just a year later that he was deployed to the Pacific and was captured along with other squadron members in Java. Harry did escape once but was recaptured and remained imprisoned until the end of the war, the Birmingham Mail reports.

After the war, Harry became a paramedic working on the ambulances, and he and Maud had two children. They now also have several grandchildren and great-grandchildren.