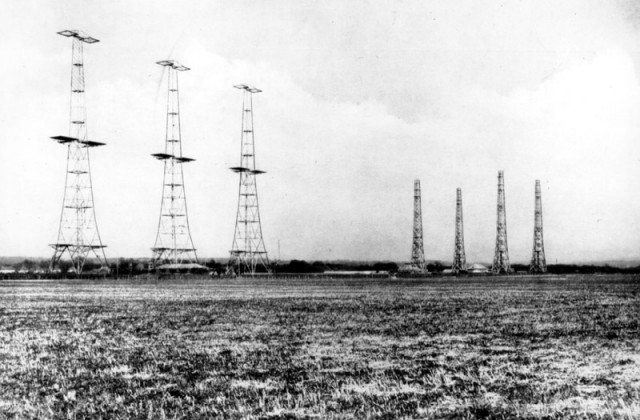 The most famous events of the Second World War were not necessarily the most glorious. Dunkirk in 1940 represented a major setback for the Allies and triumph for the Axis. The speed of the German offensive forced the ill-prepared Allies to evacuate over 330,000 men back across the English Channel. Following Dunkirk, and related to it, a little-known triumph for Britain culminated in September 1940.

The Prime Minister, Churchill, had refused to let Dunkirk demoralise the British people. Dunkirk had been a shock, though, and even while he was rallying the people with his rousing speeches, he was also preparing for the worst, a conditional surrender by Britain to Hitler.

As part of these preparations, Churchill approved a confidential plan to share top-secret British inventions with the USA. His hope was both that the USA could help develop them and also that the neutral USA could be influenced to join the war effort on the side of the Allies.

The project to move secrets to the USA was called the Tizard Mission, after Henry Tizard, the driving force behind it. Before the war, defence drills had shown authorities how poor British aerial defences were. The government set up a committee to investigate, with Tizard as its head.

One of Tizard’s colleagues, Robert Watson-Watt, suggested instead of focusing on a sort of “death ray” defence weapon, they should look into using radio-waves to detect approaching bombers. Edward Bowen, another colleague, was tasked with developing an airborne instrument that a pilot could use at night to detect enemy bombers. These ideas laid the grounding for both airborne and air-to-surface radar.

During the first few months of the war, while his team continued their work, Tizard received a copy of the so-called Frisch-Peierls memorandum. This was the first technical description of an atomic bomb.

In May 1940, with Britain fearing invasion, Tizard and his colleagues urged Churchill to permit the sharing of defence secrets with the Americans. In June, the War Cabinet agreed to the plan. The Blitz against British cities began in July. In August, Tizard’s team began packing objects into a plain metal box. Into it they placed the device that Bowen had been working on, the Cavity Magnetron. Other items included the Frisch-Peierls memorandum, a variable-time (VT) bomb fuse, plans for Whittle’s jet engine and for a variety of weapons for aerial combat.

Tizard flew to the USA in August, two weeks before his team. He was struck by the contrast with conditions at home. Bowen and the others followed by sea with the metal box. If they were attacked by U-Boat, the box would fill with water and sink.

Once in the USA, the team were surprised that the Americans at first showed little interest in radar. They seemed more interested in the VT fuse and the jet engine. American interest picked up when Tizard showed them the Cavity Magnetron. US laboratories would soon start producing it and collaborating with British scientists, The New York Post reports.

The mission returned to Britain in October. The work of Tizard and his team has been described in a book published in 2010: The Tizard Mission: the Top-Secret Operation That Changed the Course of World War II, by Steven Phelps.