Arguably, the disguises mentioned in this article may be the most outrageous but believe it or not, they actually worked! 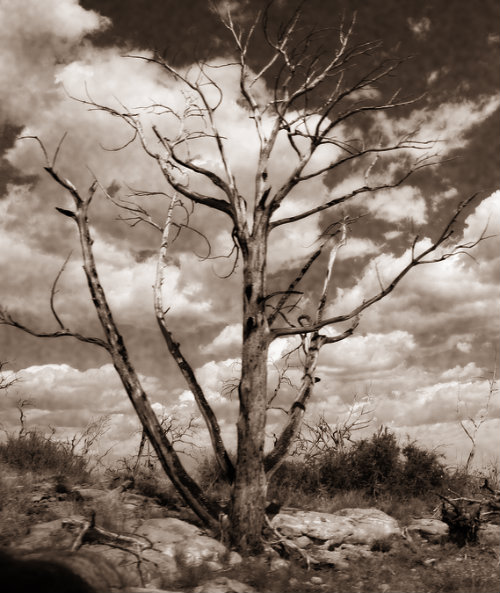 Oosttaverne Wood was literally a “dead forest “. It was made up of a hundred or so dead trees with a muddy ground and surrounded by more nonliving matter. As the Germans wanted to spy on British artillery but couldn’t do so [a spotter hiding behind a dead, leaf-bare tree would really be very, very obvious], they came up with an outrageously brilliant disguise for their spy — a fake dead tree.

So, they fashioned several sections of steel pipes into an armor-plated fake tree that stood 25 meters tall completed with painted iron bark. So as not to raise any suspicions from the enemy [a dead tree growing overnight would be very questionable, right?], the German troops had to cut a real dead tree down in the dead of night so that they could fix their fake tree in its place. And as axing down the tree produced loud noises, they had to do the cutting under the cover of artillery fire.

It wasn’t until the Brits blew the Germans’ trenches from below that the hollow fake tree with a German soldier inside was discovered. Even then, they camped beside it for a while before they took notice of it and eventually discovered its secret. 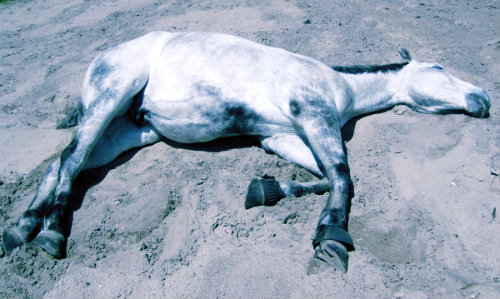 Well, World War One was one war of camouflages as the next item in this list of outrageous but genius disguises was from this conflict as well.

The exact story about how the French came into this very interesting disguise is unknown. It is commonly known that horses were very vital and widely used during the Great War that was why it was no wonder the land between trenches were not only littered with the remains of dead soldiers from both sides but with horses’ remains as well. It would have been in between fights that the French realized that the size of a dead horse’s body was big enough to actually hide a soldier inside.

So, they made just that — a papier-mache horse a with hollow body big enough for a single sniper to crawl into and a gun port built inside situated at where the anus was supposed to be.

The disguise worked until the third day when a German soldier spotted the sniper getting out of the decoy. The Jerries went on to destroy it but that didn’t stop the French from making more fake horse bodies. 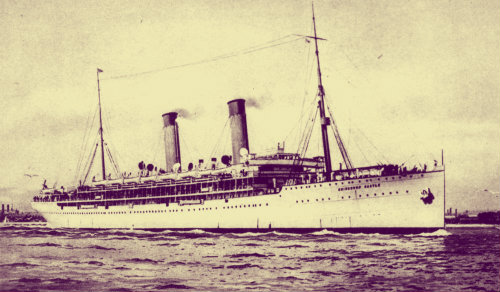 The third in this list of crazy but brilliant war disguises is still from the Great War particularly in naval warfare.

As the British badly needed the supplies brought by these merchant ships, its army’s high ranking officers decided to do something about the problem. The solution? Let British warships pose as innocent merchant vessels and even cruise liners to lure the German U-boats and eventually, bring them to their end.

While some warships were made to look like either old unarmed vessels or merchant ships, some were made to look like cruise liners complete with soldiers playing passengers on vacation. Some even had to pose as women – in complete costumes – lounging on the ship’s deck and cuddling to their comrades. They also practiced a simulated “abandon the ship” scheme wherein half of the ship’s crew would “panic” when the U-boat surfaced making a show of running frantically into each other, screaming, tripping, falling and even abandoning the ship. The other half stayed hidden to man the ship’s guns. 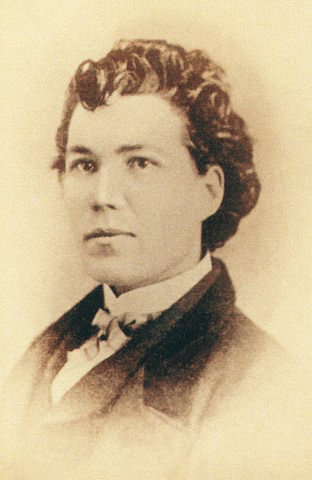 The fake identity guise is too commonly used when it comes to warfare. But then, some just take their fake identity disguises to a whole new [and outrageous] level like these ones below.

One time, she dyed her skin black using silver nitrate [she was a white woman], donned on a wig, assumed the identity of a negro named Cuff and walked right up to the Confederates announcing that “he” wanted to work for them as a spy. She must have looked and sounded so convincing that the they bought it. Eventually, they ended up losing plans to a fort and Sarah was able to learn about the identities of several Confederate spies which she brought with her – along with the plans – as she “escaped” back to Union lines.

World War Two may not be fraught with crazy but genius disguises compared to the Great War but there were one or two worth mentioning in this article.

It was in 1943 when a 28-year-old British officer teamed up with a 61-year-old Australian civilian in coming up with a plan to attack the Japs harboring in Singapore and that was to pass themselves off – along with a team of Commandos – as Malay fishermen traveling from Australia to Singapore then eventually, destroy Japanese ships moored in Singapore Harbor using limpet mines.

Well, they dyed their skin brown, donned on the usual garb of Malay fishermen, get on a Japanese coastal fishing boat owned by the Australian civilian who devised half of the plan and traveled 2,000 miles to Singapore [mind you, the waters between Australia and Singapore were controlled by the Japanese at that time].

Unbelievably, their plan succeeded! They were able to sink seven Japanese ships and their travel to and from Singapore was uneventful except for one frightening moment when a Japanese patrol boat approached their vessel closely.

One interesting fact about the above-mentioned account was that among the Israeli commandos who cross-dressed for the operation was one who actually became Israel’s 10th Prime Minister, Deputy Minister and even Defense Minister — Ehud Barak.

Munich – A Film Inspired by Operation Wrath of God

However, the Ghost Army was not an original idea by the US Army. They actually copied it from the British who used the same tactic for the Battle of El Alamein in 1942.

But to their surprise, the Serb army that rolled out of Kosovo after the war ended was pretty much the same as the one that rolled into the country at the start of the conflict. So, what did NATO’s warplanes hit during their 78-day siege against the Serbs?  Fake trucks, tanks and even soldiers.

What was really crazy and funny was that the Serb army did not even try very hard to fake their own. For one, they made artillery guns out of pipes and plastic sheets!

How do you make a sizable ship pass through enemy-infested waters and air without being singled out? Our Dutch mates from World War Two had the perfect solution — by camouflaging it as an island! As crazy as that sounds, it did work. Why would it be included in this list of crazy disguises if it did not serve its purpose?