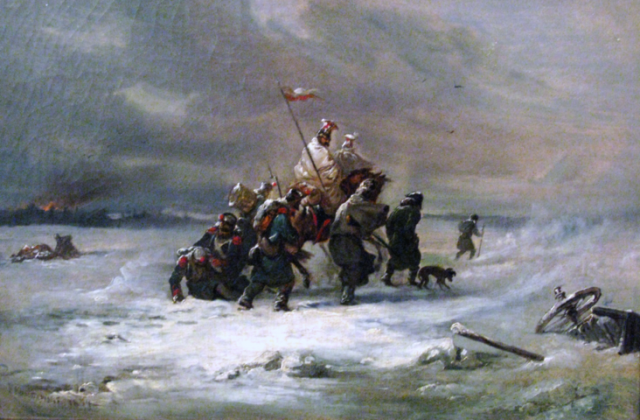 Remains belonging to Napoleon’s soldiers who fought for French Emperor, Napoleon Bonaparte, have been uncovered in Lithuania.

The remains are part of a mass grave in Vilnius, the capital of Lithuania, discovered by local construction workers who were excavating the area. The remains are now just bones and skeleton remains, however some do have remnants of clothing and shoes still attached. It was the buttons of the soldiers’ uniforms that gave away who they were, with more than 40 French battalion’s identified in the grave, all are thought to have been a part of Napoleon’s Grande Armée, which at its peak reached almost 700,000 men.

Napoleon famously had grand plans of empire across Europe and was concerned that the Russians were about to invade westwards, so in a pre-emptive strike Napoleon invaded Russia. His army consisted of not only French soldiers, but men from all over Europe including Spanish, Italians, Germans, Polish and Lithuanians.

The Russians put up a fight under the command of the Czar Alexander I, and ultimately Napoleon’s army had to retreat since supply lines were difficult to sustain the further his army advanced into Russia. Even when it got to Smolensk there were only 40,000 soldiers left, with hundreds of thousands killed in action.

On their return from Russia, Napoleon’s troops made their way west across to Belarus then north to Vilnius. They were desperately looking for food and most died of starvation, typhus as well as hypothermia due to the extreme cold.

The excavations have shown that the remains were packed in to around seven bodies for every square metre of ground. The majority were male with only around 20 being female, and most were in their 20s.

The remains have been relocated to a local graveyard in Antakalnis so that the soldiers can all be formally laid to rest, the Forbes reports.

Archaeologists have found that the health of the soldiers was not good regardless of their campaign in Russia. Dental studies show that cavities were common and many had suffered with typhus. High levels of nitrogen suggest that they were starving.