In honor of the Second World War, here are 10 uncommon WWII facts to take to heart. Some are simply brow-raising they do not merit even a small space in the books we have in the schools.

Which conflict is the Deadliest, WWI or WWII?

It is still up for debate – as some argue – but records show that WWII is the world’s bloodiest and most catastrophic conflict throughout world history. In comparison, while WWI resulted to over 37 million – a combination of the wounded and the dead – casualties, WWII ended with over 60 million dead in its trail.

WWII also had a wider scope compared to the Great War, which was mostly fought in Europe. Moreover, because of the advent of many new weapons, WWII left a far greater destruction than the war preceding it. Hermann Göring, a leading member of the Nazi party and was, one time, named Hitler’s successor, had a younger brother who stood against the Nazis, particularly against his older brother. This brother’s name was Albert Göring.

The younger Göring was so outspoken about his anti-Nazi stand that the Gestapo had to arrest him countless of times. However, he was released later due to the intervention made by the Reich Marshal. Albert also helped a lot of Jews escaped while he worked in Czechoslovakia. He did so by forging his older brother’s signature on their documents.

Sadly though, he was greatly shunned by his fellow countrymen upon his return to Germany after the war because he bore the very notorious surname, Göring. Russia had a total casualty toll of about 3.8 million (combination of killed and missing soldiers) during the Great War making it the country with the highest number of deaths during that said conflict. The country struck the same spot again in the Second World War.

It had the highest number of casualties at more than 21 million after the war. As a matter of fact, 80% of the male population within Russia who were born in 1923 did not survive WWII.

The Meaning of Holocaust The word Holocaust can be traced down to its Greek root word holokaustos, meaning, wholly burnt (holos meant whole and kaustos, sacrificial offering that was burnt by fire). In Middle English, the word meant burnt offering.

It seemed that the word was really an apt word to use with the annihilation of the Jews during Hitler’s reign as the concentration camps where the Jewish people were interred became notoriously known by their gas chambers (among many other grisly features). 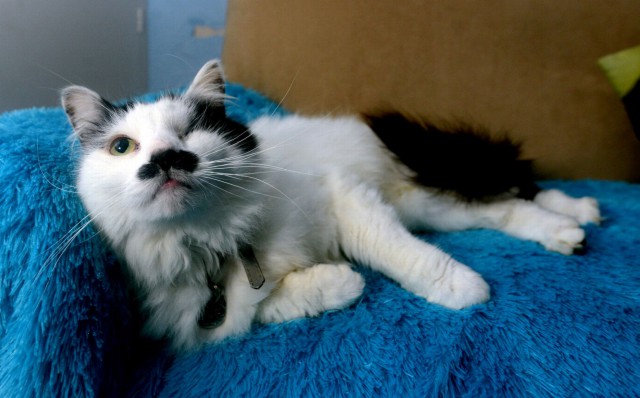 Both the Italian dictator, Benito Mussolini, and the notorious German Fuehrer, Adolf Hitler, had an intense dislike for cats.

Hitler was born an Austrian We all know Hitler as the infamous dictator of Nazi Germany during the Second World War but only a handful knew he wasn’t naturally a German citizen.

That was one “but” during his long campaign to become Germany’s leader — his not being a citizen of the country he planned to dominate on. So, loyal Nazis who worked in different offices in the government offered him jobs as there was a standing rule in some German states saying that those working within the government would be automatically given a German citizenship.

Eventually, Hitler accepted a post as a land surveyor in Braunschweig. It officially made Adolf Hitler  a German citizen — in 1932. A year later, in 1933, he was elected German Chancellor. Fresh from the Pearl Harbor attack, when possible Japanese attacks loomed, California State Guard and Major Malcolm Wheeler-Nicholson were among the individuals who had a curious means for fighting off the enemy — the creation ‘batman’ paratroopers.

The major’s notion was to fit these servicemen with jumpsuits that have modified bat-like wings. His thought was inspired by the diving trick he observed from American divers within the entertainment industry. He noticed that these men used these wings during their free fall and that the wings helped them maneuver more easily as well as control their speed and descent before they open up their parachutes.

Interestingly, Major Malcolm Wheeler-Nicholson had, in 1934, founded the National Allied Publications which later on evolved into DC, the home of Batman.

Thought Nicholson had already left the publishing house when Batman made his first debut in the comic books, still the connection between the man who set into motion his thought about ‘batmen’ paratroopers during WWII and the dark-caped crusader is very interesting.

Many believe that during the Second World War, the statuettes of the Academy Awards were made of wood due to metals scarcity. However, that belief is false.

While it is true that metal was scarce during those times, the Academy Awards employed painted plaster to make the Oscar statuettes. These plaster Oscars were, then, used for three years. When the war ended, the award-giving body invited those who received the plaster Oscars to return their statuettes as they would be replaced with real metallic ones.

As for the wood Oscars, only one wooden statuette was, in fact, given out. It was handed to ventriloquist Edgar Bergen in 1938. Bergen had a wooden dummy named Charlie McCarthy. 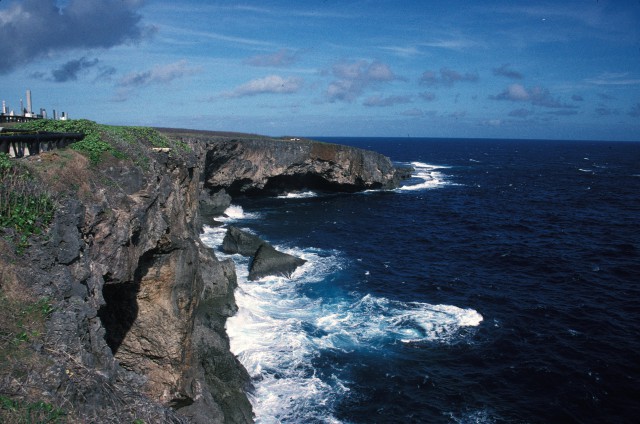 July 8, 1944 – There were about 25,000 Japanese civilians who lived in Saipan prior to the war. During WWII, the island became the site of the one of the war campaigns in the Pacific known as the Battle of Saipan.

According to accounts, the Allied troops were very shocked to find out during the final battle on the island that some 8,000 Japanese troops along with Saipan civilians committed suicide by throwing themselves into the jagged cliffs of the island down to the Pacific.

Some have blamed the mass suicide to a direct order made by Japanese Emperor Hirohito himself while other accounts put Japanese commander Lt. General Saito responsible for egging on the island’s population and his men to kill themselves. He said that when captured, they would be tortured and killed by the Americans. In the latter account, the Japanese general killed himself through hara-kiri (Japanese ritual suicide) after which his aides burned his remains.

WWII Is Still Going On — Between Japan and Russia Technically, these two countries have not ended the Second World War as both have not signed a peace treaty in between. This is due to the Kuril Islands, islands that remain an issue of conflict between the them.