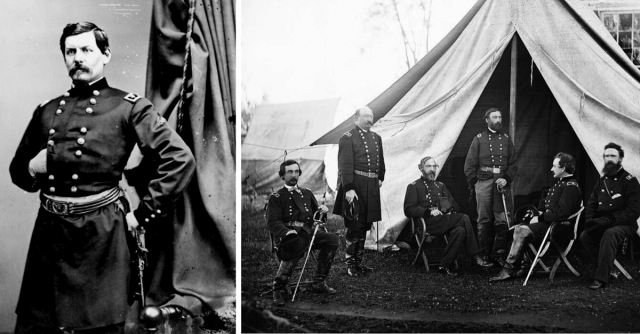 The tragedy of Charleston massacre in recent days have changed the way people view the civil war emblems, and have started a debate on the role of a confederate states in the war especially south Carolina. The man who carried out the killings that was dubbed by Mrs Clinton as ‘Racial Terrorism’ was shown holding confederate flag and other emblems in his pictures. Following are some facts about New Jersey and its role in the civil war. Despite the fact that it provided one of the largest contingents of volunteer soldiers for the war, there was no shortage of powerful individuals in New Jersey who openly championed the slavery as the integral part of modern economy.

Despite the fact that majority of New Jerseys opposed the succession, a large number of businessmen had businesses in the south. They had factories operating in south where slaves worked tirelessly making cheap clothes. Abolishment of slavery and the war with south meant huge losses for New Jersey businessmen

With the time as civil war grew intense the support for one unit emerged as the majority opinion among New Jersey citizens. The clothing factories started providing clothes to union soldiers.

The call for abolishment of slavery was very strong in Quakers majority South Jersey. The large population of Quakers near Philadelphia strongly condemned the ‘Peculiar institution’ of slavery.

The new jersyans had no love for Abraham Lincoln, unlike other union states. In both of the presidential elections that Lincoln won in 1861 and 1864, people of New Jersey voted for Democrats, Stephen Douglas and George McClellan respectively.

New Jersey had plans to build an elaborate network of underground rail in the years leading up to the war, during the war these underground havens harboured large numbers of slaves escaping slavery and persecution.

Despite early hesitation towards the war New Jersey provided the largest volunteer Army to union. New Jersey had successfully filled its required ranks with almost all volunteers even before the conscription had formally began in 1863.

New Jersey soldiers were well compensated for their efforts, when they were promised bounties of $200 to £600 depending upon their ranks. The wives of the soldiers also received $5 bounty for enlisting in the Army along with soldiers.

The volunteer Army from New Jersey had all kinds of ethnicities living in the state. The army contained native protestants, italics, Catholics, Irish and Poles. In 1863 a large number of African Americans also volunteered and became part of the union army, the NJ.com reports.

There was certainly no shortage of women performing shoulder to shoulder with men on a number of occasions during the war. The women of New Jersey played their very vital role and some made a good name for them. Dominant among women were Cornelia Hancock and Annabelle Barlow. Also known as ‘America’s Florence Nightingale’ Cornelia Hancock nursed scores of soldiers during the war.

Throughout the war, New Jersey saw no battle or even a small skirmish on its territory. The closest it got to the civil war was the famous Battle of Gettysburg in 1863, where an estimated 51,000 soldiers perished.