Around Best the battle for the Bridge and the Zonsche forest finally brings victory for the Allies. A ferocious counterattack is launched by the Germans in the morning driving deep into the forest but with the aid of British tanks the combined efforts of the 502nd and 327th manage to destroy the Germans. Over 2000 prisoners are taken and the threat from Best has been permanently removed.

German Forces of the 59th division attack the 502nd PIR at Sint Oedenrode, the attacks are repulsed.

In the evening, at Son the 101st only just manages to stop heavy German counter attacks with Panther tanks from the 107 Panzer brigade on the newly repaired bailey bridge.

To add insult to injury the Germans bomb Eindhoven right after darkness falls for around an hour causing massive damage and killing 227 civilians. This effectively blocks the corridor and destroys valuable truckloads of fuel and ammunition; the guards’ vital combat supplies are delayed at a critical moment. 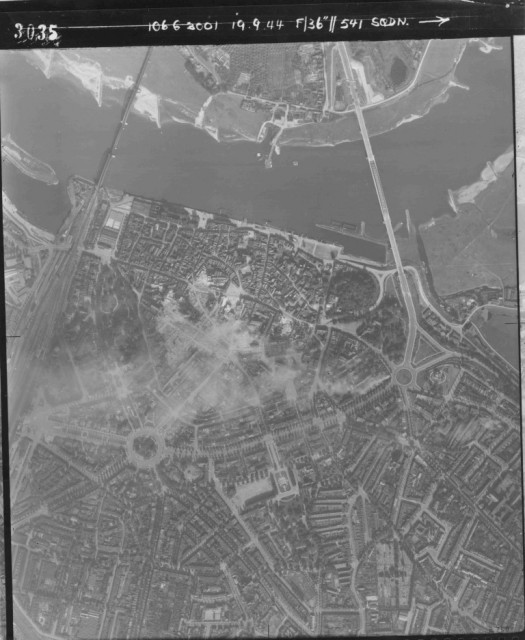 Nijmegen with the rail bridge (left) and the road bridge (right)

In Nijmegen the Waal bridges are still in German hands, the allies have almost all of Nijmegen under control except for the vitally important bridges. At the road bridge the Germans have made very strong fortifications at the Hunnerpark (the park at the foot of the bridge) which proved a tough nut to crack.

At the railway bridge the story is about the same, a lot of Germans are dug in strong fortified positions at the foot of the bridge. The combined efforts of the 82nd Airborne and troops of tanks from the Grenadier Guards prove not strong enough to break through.

The 508th are tasked to take Beek and the “Devils Hill”, to cover one of the likely routes of counter attack by the Germans. 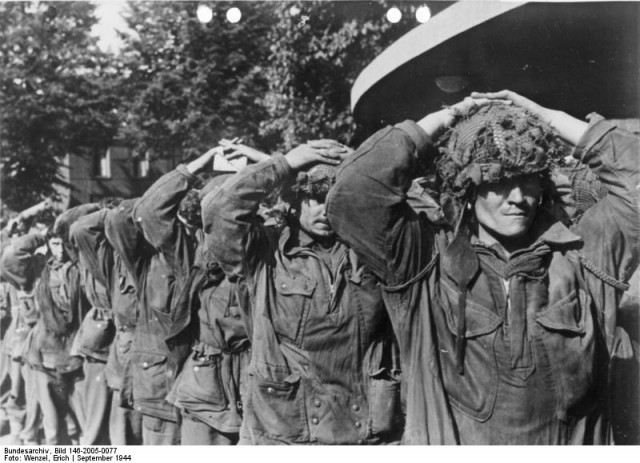 1st Airborne prisoners are being marched off into captivity

At Arnhem this day has proved to be a total disaster. Not only was the 1st Airborne not able to reach their comrades at the bridge, they were forced out of Arnhem by strong German counter attacks. In Oosterbeek, more by chance then by design, a perimeter was formed which has its base at the Rhine and its top at the railway line. For the moment this position holds firm against the first German attacks. 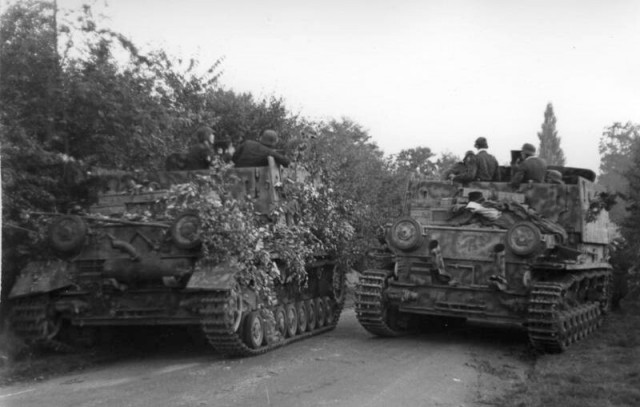 German self propelled guns near the Koepel terrain feature (Bundesarchiv)

The attack of the 4th parachute brigade on the Koepel terrain feature has failed completely and it has virtually ceased to exist. The German positions (supported by tanks and heavy artillery) were too strong as wave after wave of paratroopers threw themselves into the onslaught. After a strong counterattack the paras were forced to retreat towards Wolfheze but to make matter worse, the first Polish gliders started to land exactly in that area. The confusion could not have been worse and most of the polish heavy equipment has been lost. Only a small part of the brigade and the Poles finally made it to relative safety of the perimeter.

To make matters even worse, all of the supplies dropped at Supply Drop zone “V” which was still in German hands, no supplies could be retrieved and it proved a costly mission for the Airforce. The only bright side of the day is that General Urquhart, who was missing since Sunday evening, has suddenly returned to headquarters. 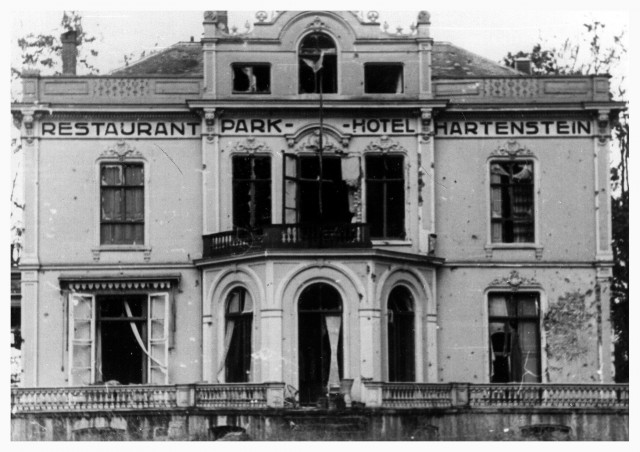 At the bridge 2 Para still has the northern end of the bridge under control but the situation gets worse by the hour. Lack of food, water, sleep and above all ammunition is beginning to take it’s toll on the troopers. The Germans start to use more and more tanks and use them to blast and burn the small perimeter to smithereens, room by room, floor by floor, house by house. It’s not clear how long they can hold out but if XXXcorps does not show up soon it might be too late. To make matters worse, the drop of the Polish Paras on the south side of the bridge had to be cancelled due to bad weather in England.