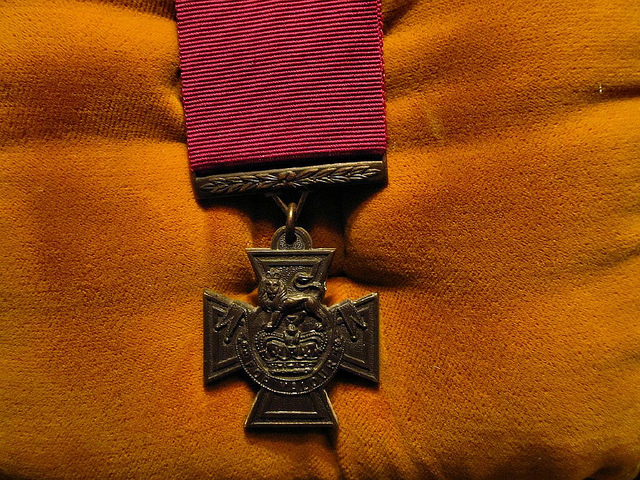 things that will always attract more. The majority I have seen have tended to be of a reference book style, worthy and serious in every sense and aimed at students of conflict and medal aficionados.  This whopper by Robert Hamilton falls more into the category of infotainment but it is still a very serious book.

There are six hundred and twenty eight awards to discuss and the author treats them all with equal respect. I am not going to waste time picking out a procession of examples for you.  The stories of how these medals were earned are often thrilling and bewildering. It is shocking when we think what some people are able to do in mad moments or with cool courage. The feats of Victoria Cross recipients became more extreme as the Great War progressed. Many early awards were made with experiences of colonial warfare in mind. The new industrialised conflict and the sheer scale of it led to changes in just how much a man had to do to be considered worthy of the medal. Then as now, there was inter-service and even inter-corps and regimental rivalry over who would get them. The Great War was cruel to many men who had done so much. A good many recipients were killed in later battles. One of the saddest for me is young George Drewry who found so much courage at V Beach but who died in an accident at Scapa Flow in 1918.

The treatment of all these recipients is lavish in this richly illustrated and attractive book. The format is large and weighty to enhance the substance of the subject. The Great War continues to attract a blizzard of books during this centennial period but I think what Mr Hamilton has done here would work at any time. Regular sufferers of my ramblings will know I am a photo archive anorak and the use of images in this volume really floats my boat.  I don’t think, however, that all devotees of the Great War will like the use of some of the generic images to illustrate the war itself. It’s a tin hats on the wrong dates thing in my case. Just saying.

In a previous review I mentioned the season of goodwill to all men. It is rapidly approaching. This book would make an ideal gift to someone with an interest in the Great War. It is attractive, entertaining and substantial.  I am sure the canny publishers know this all too well. If I was to be given this book in December I would be quite happy.  As a reference work it may not be what more serious souls are looking for, but I would imagine they already have their books.  The big plus here is the photography bringing the recipients to life.  The style and quality of the archive imagery raises it to another level.  Impressive. 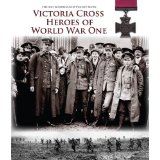