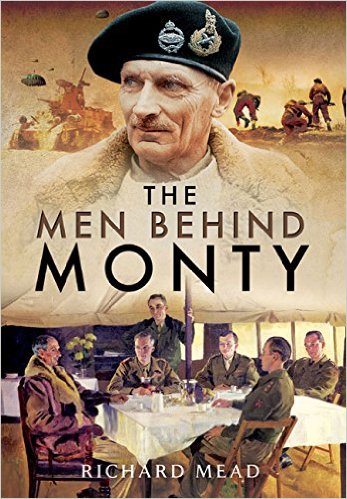 This is a very readable account of the headquarters operated by Bernard Montgomery in North Africa, Italy and North-West Europe between 1942 and 1945. Monty is not everyone’s cup of tea, at home or abroad. He had a bad habit of peeing off his friends and drawing attention to himself at the wrong moment. But he was an utterly professional soldier all his life with the clearest view of how to do things properly. History has been a bit of a fickle friend to him down the years but it is impossible to ignore his skill, his personality or his fastidiousness. Make no mistake, Monty was the real deal; but he was just too damned awkward as a person and his behaviour lost him friends.

By the time he boarded HMS Faulknor to travel to Normandy, the Allies were ashore and Rommel’s predicted Longest Day had passed.  Even his detractors have to accept that his intervention in the planning for Overlord was both timely and vindicated.  There has, it seems to me, been a lack of understanding of what the Anglo-Canadian role was immediately after D-Day. This was to draw the bulk of German armoured forces on to 21st Army Group while the Americans got themselves in a position to break out. Unfortunately for Monty, some random phase lines hurriedly drawn on a map by a member of his staff came to haunt Montgomery as his army struggled to take Caen.  Alexander McKee called it the Anvil of Victory, but in reality the anvil were the British and Canadian infantry slaughtered in alarming numbers to the point where the British had to break up units to find replacements later in the campaign. The great John Keegan made this all clear in the classic Six Armies in Normandy, a must read for any student of the campaign.

But lets not kid ourselves. Monty was not the greatest commander of the war and he was not really even a great commander in the grand scheme of things. That he was on the cusp of being as successful as Wellington is an interesting point. It intrigues me who gets to define greatness because I don’t believe the majority of his exalted so-called rivals were any  better than him  These days most students of British generalship point to Bill Slim, but even he got off to a rickety start and whether he would have prevailed on a European campaign is a moot point.

Monty was ruthlessly efficient and he cared about his men. He was a stickler for specifics but he himself claimed that any man immersed in details wasn’t fit to run an organisation of any size.  Monty came up with the ideas and left the detail to his staff. He wasn’t interested in debate or discussion unless it was about how to implement his plans. He did not do democracy and he was no man for committees.  He made the rules and expected everyone to toe the line.

Perhaps this is why he could not get his head round the methods of Eisenhower, a man surrounded with prima donnas while possessing the patience of Job. Monty was cruel to Ike and he never forgave him for it, but Monty could also be horrible to his most devoted subordinates and there was a side to him that I really do not like. He was a social inadequate and not the most likeable of men, but his Staff were devoted to him.

Pretty well all the men of his tactical and main headquarters feature in this book, but the major space is reserved for ‘Freddie’ De Guingand his Chief of Staff. Freddie was another man gifted with immense tact and patience, but even he was challenged by the antics of his boss most infamously Monty’s poor decision to hold a press conference after the Bulge. Pointedly, both it and the epic failure of Market-Garden happened when De Guingand was away restoring his increasingly poor health.

Monty liked to say his use of liaison officers was a novelty of his own, but history shows it was Wellington, the only British general to be written about more than Monty, who used them first. In an age of frequently poor communications, Monty’s LOs were his eyes and ears. Monty’s major innovation was to cut through much of the formality involved in headquarters. He went as far as he could to cut out the middlemen and his sense of purpose and clarity made it work most of the time.

Everyone knows he played fast and loose with a number of inconvenient truths. He liked to say things were going as he predicted when patently they were not. Monty was not short of enemies amidst his own countrymen, Tedder especially; but is with the Americans that his reputation has suffered most.  The history war began the minute peace was declared and you only have to look at so many American books that marginalise the role of 21st Army in Europe.  The Brits just ran out of bodies while more and more Americans poured into the theatre of operations. But they were there and along with the Canadians they did pretty well. They did win a war. There can be no doubt Monty lost the battle of the memoirs and he has only one person to blame for it – himself.

Like Churchill, Monty is, for me, a figure of fascination even though I do not subscribe to the cult of adulation. Both men feature in pencil portraits my mother made as a wartime teenager in London.  They were pop stars and soccer players rolled in to one. You only have to look at images of crowds who gathered to see Monty as he went about his business in London before the serious planning for Overlord consumed his time. He was a man of contradictions and there are elements to him, real and alleged that scrutiny does not always see past. Do I like him? Not much. Do I admire him? Yes.

Monty’s ability to pick the best men for his Staff shows a nous he gets little credit for. He was a sound judge of character and his team were war winning. You cannot get any better than that. The logistics of moving Monty’s Tac across four countries make for impressive reading.  The author has recognised in that assessing the men behind him, we are able to get a stronger picture of the dapper Field Marshal’s achievements.

The Staff interpreted his thoughts and turned them into victories. No army is perfect, nor is any commander. But this book will help youcut through the crap to see why Bernard Law Montgomery became the most successful and revered British captain of his age. It was a team effort.  My son will tell you there is no ‘I’ in team, but there are three in sanctimonious prick. Monty would have ignored such a charge as he did just about everything else. He was on a mission and he came through. We cannot argue with this inconvenient truth. But it was his brilliant Staff along with several hundred thousand others who made it a reality. He didn’t do it by himself, even if at times he appeared to think so. This excellent book is one of my ’must reads’ of 2015.