The story of the stand of the 101st Airborne Division at Bastogne is the stuff of legend. It is a story that has received something close to saturation coverage in terms of books, documentaries and the much-loved television drama Band of Brothers.  Reverence for the men who held the town remains strong and rightly so but what about the others coming to relieve them?

plight and bravery of the men caught up in the German assault.  For me the Bulge is where the US Army dealt the deathblow to Hitler in the West. His gamble was possibly worth taking, but in throwing the dice he exposed the worst of his delusions to a juggernaut and it was the thousands of ordinary German soldiers who paid the price for living out his fantasies. That seems a bit melodramatic, maybe, but it is true. The Battle of the Bulge was America’s greatest victory in the European war.

Ok, so we have the men in Bastogne and we all know about ‘Nuts’ and McAuliffe and all the iconic stuff, but what about the men who came to break the siege? Who were they and why are they less known in the bigger story of the Bulge? This superb book by Leo Barron provides the answers to many of these questions.

In it we travel with the men of the 4th Armored Division as they slog their way through to the relief of Bastogne. The title of the book alludes to the role of Patton and his now mythical place in the history of the European war; but he is actually not much more than a guiding presence in this story. The author doesn’t get enmeshed in the legend, wisely ignoring the reality that even within Third Army he was not universally loved, especially after Metz.  I profess to being a great admirer of the man and regret he never lived to expand on his own story during the willy waggling period of the ‘battle of the memoirs’ when his four and five star colleagues who reached old age fought literary wars for their reputations. He would have enlivened the post war historiography of the conflict, but it is what it is.

Patton’s plan for invading Germany was stalled by the Bulge and once he knew his place in the drive to smash the German counter offensive he gave out his orders, kept tabs on the developing situation and left his men to get on with it. This book is about those men. This is precisely the stuff we want to read.

Mr Barron does not disappoint. His account of the fighting experienced by the men of 4th Armored and a good number of the Germans facing them is enthralling. He writes with an assured descriptive power and carries the reader along at a breathless pace. A former soldier, he displays an affinity with the fighting men of 1944 and I sometimes got the impression he was almost putting himself in their place with his reading of tactical situations and small unit actions. I really liked the fact he left nobody out.  We follow tankers and infantrymen, gunners, mortar-men and engineers. Mr Barron takes us aloft with the P-47 pilots providing ground support and the brave men flying flimsy Piper spotter planes.  He builds on the reputations of admirable men like Creighton W Abrams and fills them out a bit for us. This is all to the good.

He makes a reference at the beginning to the importance of research to any good book and you really shouldn’t say this sort of thing unless you have confidence in your preparations. Rest assured the background work to this book is all solid stuff. To illustrate this you only have to read the accounts of German troops who fought against 4th Armored. Mr Barron has done a lot of reading.

The thing I like the most is the honesty. Not all American officers were up to the task and there were rivalries and all the usual stuff you expect in the real world of armies fighting wars. There are no cartoon characters in this book. The men we read about are all very human.  There are heroes and journeymen in the correct proportions. The detail is handled with care and, again, I think this is helped by the author’s background. But I don’t want to over egg it. Good writing is good writing. We can all do a bucket load of research if we can be bothered but it doesn’t mean the end result will be a decent read. So it is good to know this is precisely what we are getting here.

I have been a bit late reviewing this book. It sat on the pile for a while and, as is often the case, other stuff was put on top and dealt with first. But it’s never too late and the paperback version is exactly what I would take to read on the commuter train or when sitting round the pool (if I ever get a holiday). Wherever you read it you will not be disappointed.  Mr Barron proves how rewarding World War II history can be. There are still stories to be told and this is one of the best I have seen of late. 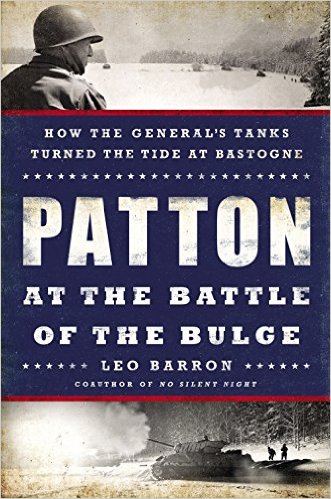