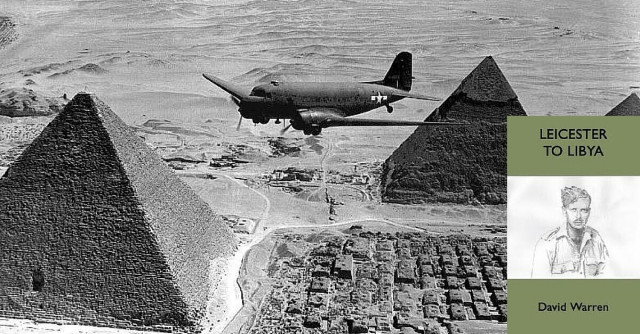 Read any of the great accounts of warfare from the major publishing houses and it will be apparent their reliance on primary sources for details to provide depth or interesting footnotes is as strong as ever. This intriguing account extracted from the diary of David Warren is a classic case in point. Diligent historians use books like this one to provide the background colour they need to build a story and it wouldn’t surprise me to see it listed in the bibliography of a more lavish account of the war in North Africa sometime soon.

David Warren was just an ordinary soldier serving in the Royal Electrical and Mechanical Engineers and his diary takes him from wartime Leicester to South Africa and Egypt before he takes part in the victorious march across North Africa and on to Sicily and Italy. His accounts of Freetown and Cairo mimic a sheaf of others I have read following soldiers on their way to war zones along familiar routes taken by Britain’s imperial armies. Sadly, his diaries covering the North West Europe campaign from D-Day onwards are missing, but you can pretty much imagine how the contents of these lost pages by reading in what survives.

Warren is a little unusual because the quality of his writing is above average for the world he came from. While not all entries are stunning, some are deeply evocative. He captures the spirit of the times with genuine warmth and the slices of sentimentality fit well with the harsh reality of where he was and what he was doing. I found his talk of family and home quite touching and there is a degree of innocence to it all I really like. Possessed of a solid religious faith, he was skilled as an organist, he seems far removed from our modern day Britain. I would imagine that by the time Mr Warren was crossing the Rhine he was a very different man, given his experiences. But at the same time I am sure his faith and integrity served him well during the hardest moments.

David Warren was disgusted by some of the behaviour he witnessed in North Africa and beyond where the actions of supposedly superior Britons betrayed an arrogance and ignorance of other peoples and their conventions. He got to see Brits abroad at their worst and yet he saw a great many more at their best and he can count himself in the latter group. Racism and drunkenness annoyed him only a little more than his despair at the sexual antics of his comrades. It is fair to say he is a trifle moralistic, but I detect something of the progressive attitudes that would sweep away Churchill and the Tories in the 1945 victory election when Britain needed to renew itself.

I can see much here that is similar to the book War’s Nomads I reviewed before Christmas following the adventures of the RAF radar unit technician Frederick Grice, a former schoolmaster who really was a fish out of water until he found a place for himself. It seems obvious to me that David Warren was much less troubled by his surroundings and his ambivalence to snooty officers and wayward soldiers was part of his inherent strength of purpose. His world seems quite a small one within the vastness of Eighth Army. Mr Warren was a cog in the wheel, driving breakdown trucks and fixing motors to keep the crusade on the road. You will find no accounts of combat here and very little of a deeply military nature, but this is another aspect of real war to take on board. David Warren did his bit and could afford to be proud. I just doubt very much that he was particularly so. Like many people in his position what he wanted was to get it over with and go home. Fair play to him! 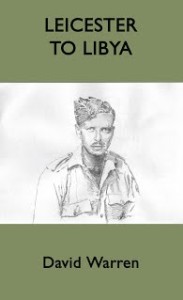