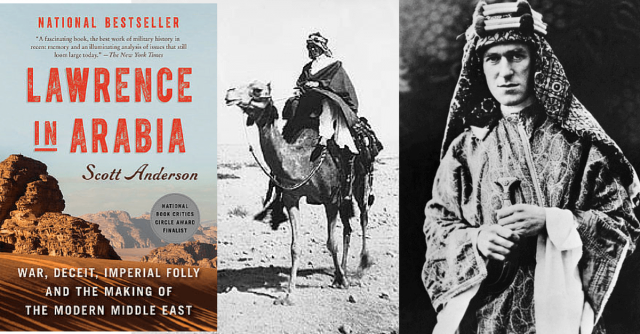 Altruism is not a principle of war nor is it a principle of international relations and it is with this pretext that one must approach the machinations and deal-making that typified the Middle East during the years leading up to, during and immediately following the First World War. Anderson’s book presents the reader with a road map of the toing’s and froing’s between the key actors and nation states of the period and the impact that it has had on the long term social and political development of the region. Certainly, the decisions made then have reverberated down through the decades and continue to be felt in the challenges that we are dealing with today.

Anderson has been able to effectively cut through the Gordian knot of Middle Eastern societies and politics and break down the story into a manageable and traceable narrative. It is truly awe inspiring the degree of naked ambition (both personal and national) that manifested itself at the expense of all else during this period. The example of France refusing to sanction an attack on Alexandretta in 1915 (resulting in the Gallipoli Campaign) because of its fear that it would lose its post war claim to Syria (this despite the fact that militarily it made eminent sense to strike there) boggles the mind with both its hubris and expectation.

Turk vs Arab, House of Saud vs Hussein, British vs French, Entente vs Central Power, Lawrence vs Sykes, Tribe vsTribe, Egypt vs India the list is endless of the competitive agendas that were undertaken as the dance of the Middle East carried on. A consistent theme throughout was Lawrence and his role as guide, intermediary, policy maker and manipulator between all of the various parties. The book is not about Lawrence specifically, but the central role that he plays in this drama is key to the long termresults. The author does a very credible job of providing the reader a clear understanding of the personalities involved, what drives them, their biases, strengths and weaknesses; none more so than Lawrence. He holds himself aloof from those around him and forges his own path regardless of the intent or direction from his superiors; a true loose cannon. In doing so, he also contributes to the tragedy that unfolds in the region even while he plunges into cynicism and disillusionment with the Great Powers.

This book was a finalist for the National Book Critics Award and it is easy to understand why. Anderson has drafted an eminently readable and, more importantly, comprehendible synopsis of the years leading to the collapse of the Ottoman empire, the intricacies of the war years, the betrayal of promises made to the Arabs and the realignment of the Middle East in the vision of the victorious Western Powers. Additionally, Anderson provides an extensive bibliography and notes section for further study. For those seeking an in-depth yet engaging backgrounder for the modern challenges of the Middle East, this is a book to be read. 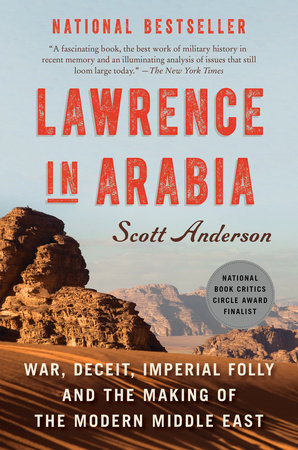 Major Chris Buckham is an active duty logistics officer in the RCAF who reviews books in his spare time. He maintains a blog of his reviews at: www.themilitaryreviewer.blogspot.com