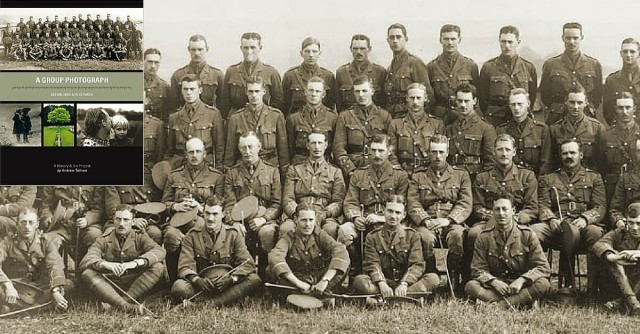 Christmas in 2015 was a bit weird due to recent changes in my life and I was never much of a fan anyway. I don’t like the intense commerciality we endure in a time when adverts for it start appearing on the telly at the start of November or even earlier. For me it has always been about getting the family together for a few days and reaffirming all the stuff in our backstories but which actually matter very much.

Despite my earlier comments the fact is present giving remains central but we don’t indulge in competition over fiscal value, the degree of thought put in is much more meaningful. My sister in law was sorry to tell me my present hadn’t arrived but it would be here in the New Year. Demand for it had been high and the book had needed more runs at the printers.  I got my present last weekend and it was well worth the wait.

The reason I have referred to family and things more important than trinkets and ‘stuff’ is because the emphasis on family and all of us connecting with the past in a positive way is all over this astonishing book by Andrew Tatham. Some books are occasionally beyond review and I am not entirely sure what my middle-man role does for the exercise of telling you about them. Quite a few years ago, now, I got a book about the American doctor who was awarded the Victoria Cross in 1918.

His name was Bellenden Seymour Hutcheson, a young man from Illinois who crossed in to Canada in 1915 to do his bit against the Kaiser. Although he died in 1954 the memory of him and immense pride in what he had achieved as a doctor, soldier and all round human being had stayed with his family and his son produced a remarkable book illustrating the ephemera of Hutcheson’s life as a Victoria Cross recipient. That book was utterly beyond my powers as a reviewer. It was just there. If you didn’t get it, then that was that. But how do you convey that? Perhaps I have.

Andrew Tatham has made something similar here. He has taken a group photograph of the officers of the 8th Battalion Royal Berkshire Regiment at the beginning of the Great War and given us something of their lives. Some of them were very short indeed. The author’s great grandfather was the colonel, Bill Walton, a man who had seen war before 1914 and paid a price for it. He lived to the age of 72, not bad for his era, and finished his army career as a brigadier general.

The Royal Berks fought at the Battle of Loos in September 1915 and this was where many of the young officers were lost, several have no known grave.  I was at the Loos commemoration back in September and it was a bit of a hoot, drinking champers with the mayor and getting a bit fuzzy. But we had done the serious stuff first. My mate John had laid a wreath and the solemn business was all done well. The London Irish brought out the football Rifleman Edwards had kicked across the battlefield and it sat in a place of reverence at the drumhead ceremony.

Loos has what seems a funny name in English vernacular but there was nothing to laugh about during the battle when men fought across the coalfields of the Gohelle, dying on slagheaps and at the pitheads. Sixty thousand British soldiers died. There is some irony in that the actual pronunciation for the place is Loss.

A number of officers who survived Loos got through the war until near the end when they fell during the offensives of 1918.  But that is not the end and this is the overriding point of this book. These men had families that have continued to live and expand and through art and words Mr Tatham celebrates them all. Going back to my earlier point I think the text is a deeply individual thing and whether you buy in or not is all for you. I found it quite inspiring. There is a beauty to this book in the art, the design, in the imagery and in the history of it. Mr Tatham has taken over twenty years to get to this point and he is not finished.  The book represents a living memorial.

I had taken a kind of sabbatical from Great War books, leaving the majority of reviews to my chum Dr Wayne Osborne, and he will continue to do his excellent work for us. But this book reminds me why the conflict has become so deeply ingrained in my life. I have made my pilgrimages and continue to honour my family and I suppose this in itself shows why I find such a deep connection with this book. You do not need to have lost ancestors in a distant war to have these feelings. You can find just as much love in a book like Comes a Soldier’s Whisper and understand that it is all much the same for World War II or more recent events. If the service and sacrifice matters to you then it will never change. Old soldiers never die: They simply fade away. How gradual that is depends on much, but books like this are bound to slow things down. 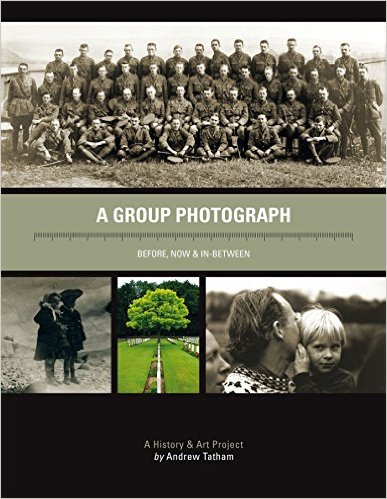