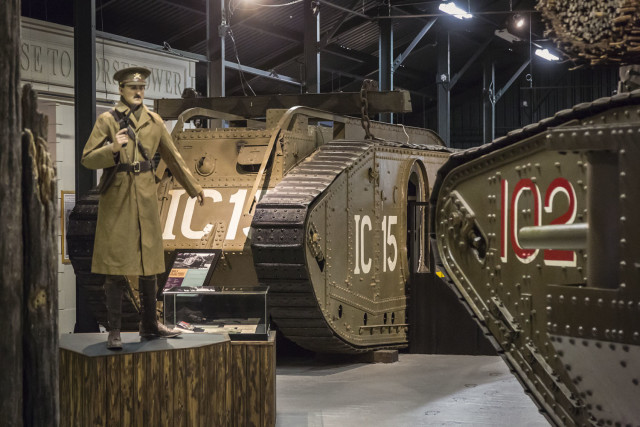 The Tank Museum is marking the centenary of the first tank attack in history with a new exhibition focusing on pioneering tank soldiers.

Tank Men: The Story of the First Crews, will focus on the stories of eight men who crewed the first tanks during the First World War (and is set to open in time for Easter 2016).

Exhibitions Officer Sarah Lambert said; “The new exhibition tells the stories of eight British tank soldiers who were among the pioneers of armoured warfare.  These individuals were carefully chosen following extensive research in the Museums archives, allowing us to draw upon previously unseen materials – documents, images and supporting collections – to assemble their service histories.” 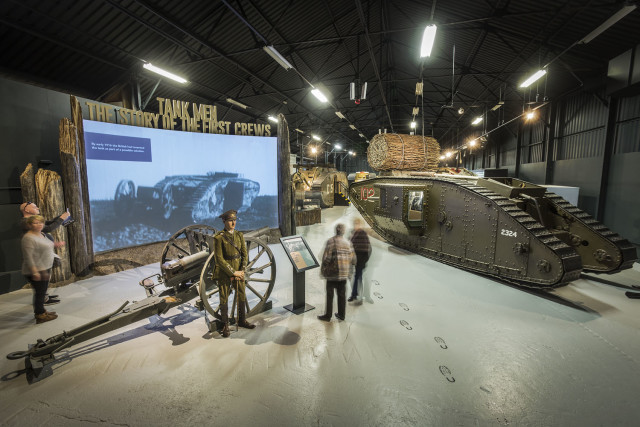 “These aren’t household names – they were just ordinary soldiers,” said Sarah.  “They were chosen because their remarkable experiences illustrate dramatic and moving stories that have stood the test of time and continue to have a powerful and emotional impact today.”

Researchers traced surviving relatives of the featured soldiers, who were approached to provide a personal insight into the men.  Sarah said; “This added another dimension to the way in which we could bring the men to life.  The relatives all spoke with a freshness of affection and pride that belies the passing of 100 years.”

Alongside the personal stories, the Museum is redisplaying what is finest collection of First World War tanks in the world – including the world’s only surviving example of the Mark I tank that first saw action 100 years ago.

Tank Men: The Story of the First Crews is a permanent exhibition and will be open in time for Easter.