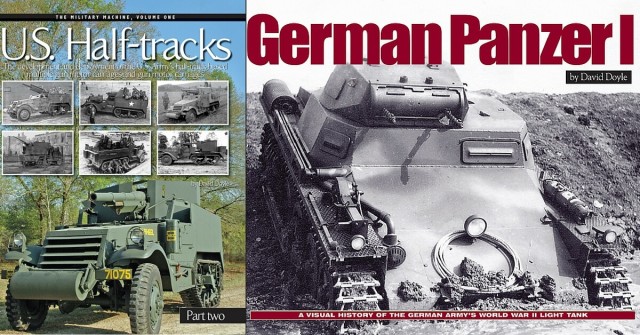 Ampersand in Florida sent us a reminder about the new titles they have for release during the early part of the year and we think they will be of interest to you. We are pleased to see that Casemate UK are now distributing books from this publisher in the United Kingdom, so we will hopefully be able to review some of them in the near future.

Meanwhile, this is what is on offer from Ampersand. 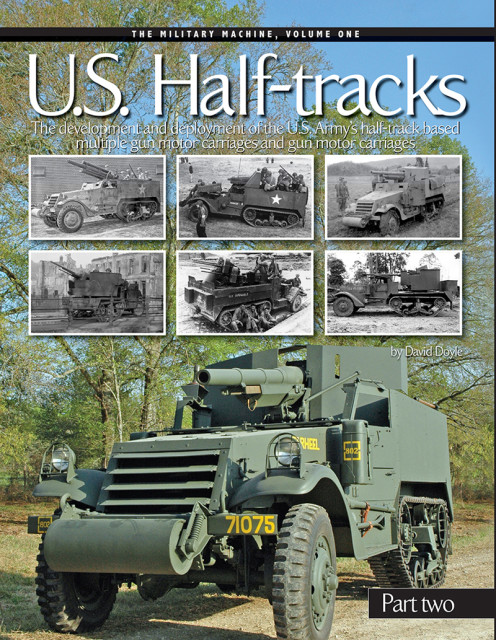 Explore the development, production and deployment of America’s heavily armed half-track variants. Illustrated with 700 period photos and described in detail in the 448 hard-bound pages of this volume are the myriad of half-track based mortar, howitzer and gun motor carriages ranging from the ubiquitous but uncelebrated M4 Mortar Carrier to the obscure twin-40mm Bofors-armed T68 to the acclaimed M16 antiaircraft vehicle, which armed with four .50 caliber machine guns remained in the US arsenal until the late 1950s.

Drawing heavily on obscure manufacturer documents and long-forgotten government records, this volume, when combined with Part 1, published in 2015, is the only complete study of these vehicles. ISBN: 978-0-9861127-4-4. $49.95 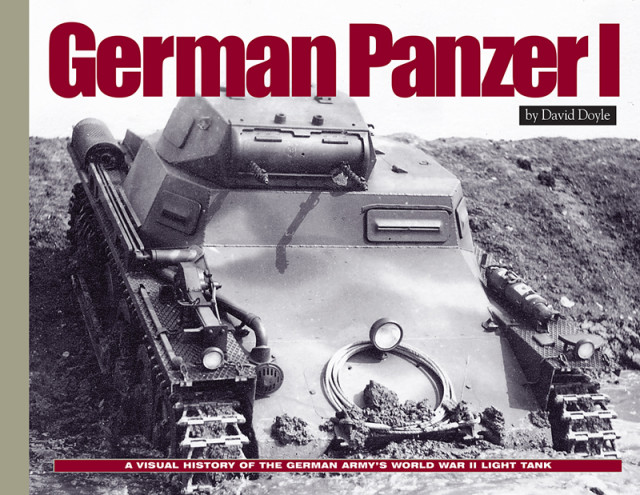 Clandestinely developed during the post WWI-era during which Germany was forbidden from developing, producing or owning armored combat vehicles, the Panzer I served as a proof of concept. Manufacturers and engineers became acquainted with the creation of modern fully tracked combat vehicles and soldiers were familiarized with the driving, maintenance, logistics entailed by fielding an armored force.

Once war began, not only did these experiences prove invaluable, the tanks themselves, armed only with twin machine guns, nevertheless proved formidable weapons against ill-prepared enemies. Spread through 168 hardbound pages, over 200 photos document all variations of this, the cornerstone upon which Germany’s famed panzer force was built. 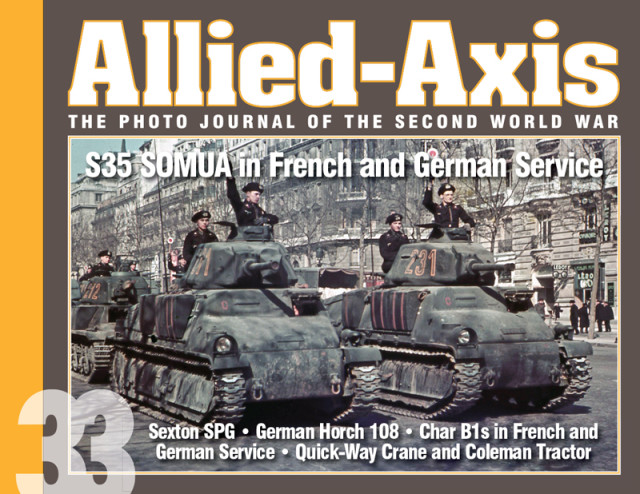 The latest in this long-running series showcases the S35 SOMUA tanks in French and German Service; the British Sexton Self Propelled Gun; the German Horch 108 Heavy Car; the Char B1s in French and German Service, and the U.S. Quick-Way Crane and Coleman Tractor. Like others in the series, Allied-Axis 33 presents individual articles that are composed of large, clear historical photos that are often accompanied by contemporary walk-around images.

This issue features such a series with its article on the Sexton, which also includes beautifully reproduced stowage diagrams. Walk around photos also appear in the article on the S35. Perhaps the highlight of this instalment are the full page wartime images depicting the interior of the Char B1s. ISBN: 978-1-944367-30-5. $15.95