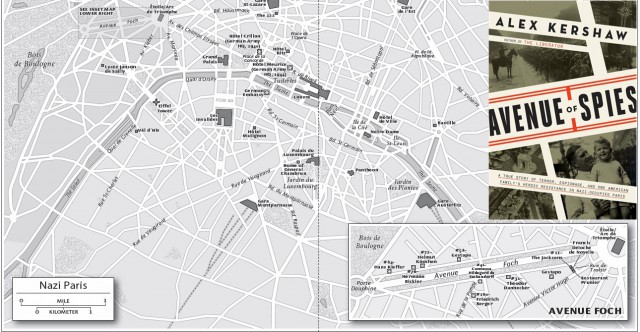 At the dawn of the 1940s, few could boast a more exclusive address than on Paris’s renowned Avenue Foch. Home to dignitaries, socialites, and some of Europe’s wealthiest citizens, in June of 1940 it would gain a new reputation as the Nazis marched into the City of Light, marking the beginning of more than four years of German occupation.

Paris was the jewel in Hitler’s Crown, and from the confiscated mansions of Avenue Foch, the Gestapo would hold the city in its sinister grip. What the Nazis did not know, however, was that just down the street at number 11, a stronghold of French resistance had taken root. In AVENUE OF SPIES: A True Story of Terror, Espionage, and One American Family’s Heroic Resistance in Nazi-Occupied Paris (Crown; August 4, 2015), New York Times bestselling author and acclaimed World War II historian Alex Kershaw recounts the story of one family’s heroic efforts to defeat the evil in their midst.

Phillip Jackson was only twelve when the Nazis became his neighbors in Paris, the Gestapo setting up their base of operations at 72 Avenue Foch. Phillip’s father, Sumner, was an esteemed American doctor at the nearby American Hospital in Paris, and so he and his wife, Toquette, were allowed to remain in their home with their son. While an American by birth, Sumner had made his home in Paris, to be near his wife’s family and he would do what he could to serve his adopted country during its darkest days.

From his position at the hospital, Sumner would help Allied soldiers brought to him for treatment escape the Nazis, smuggling them out of France with new names and forged documents. Meanwhile, at home on Avenue Foch, Toquette would let members of the French resistance movement use the Jackson home as a key meeting place and drop site for relaying crucial information to the Allies. However, on May 25, 1944, just weeks before the liberation of France, there came a knock on the Jacksons’ door. Discovered at last by the Nazis, the Jacksons would suffer the fate of those whom they had spent years trying to save—a journey into the hell of Hitler’s making.

Today, nearing ninety, Phillip Jackson has shared the story of his family’s remarkable efforts with Kershaw in a series of interviews from his home in Paris. Combining these conversations with other first-hand accounts, and painstaking research into military, hospital, and intelligence archives in both Europe and the U.S., Kershaw has crafted an astounding work of history that reads like the best of spy novels. AVENUE OF SPIES affords us an unforgettable window into the life of an ordinary family whose extraordinary efforts and sacrifice helped change the course of history. 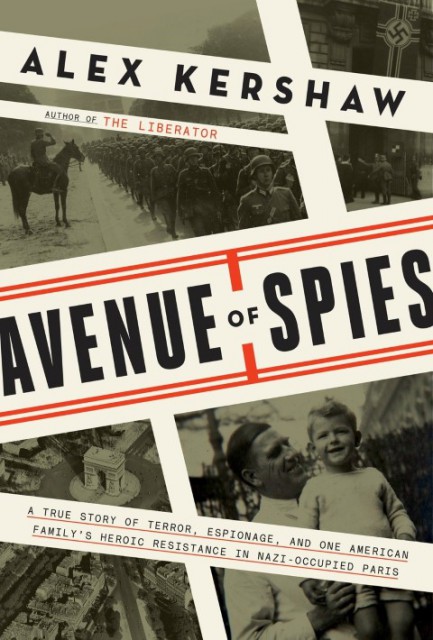 “Kershaw tells [the Jacksons’] story in an intense, moving account that also serves to vividly describe the
life of ordinary Parisians under the occupation.”
—Booklist (starred review)

“Kershaw portrays the suspense and terror of this time in the plight of one well-intentioned American-French family caught up in the horror. A tenderly engaging saga of solid research and emotional connection.”
—Kirkus Reviews

“Written with an engaging and expressive writing style, Kershaw’s stirring tale of good and evil in
the City of Light will have wide appeal.”
—Library Journal

“Alex Kershaw’s Avenue of Spies is a good book with a good story, but what I like especially about it
is that it’s an “Americans abroad” story—Ex-pat Nation is loaded with brave, idealistic people and the
Jackson family numbered high among them.”
—Alan Furst