Cryolite is a mineral used in the aluminium making process, which was incredibly important in the production of planes for the Allied Forces.

On the morning of April 9th, 1940 Hitler’s army invaded Denmark and six hours later the battle was won.

Prime Minister Thorvald Stauning had ordered cessation of defensive action after just two hours with the aim of saving Copenhagen from bombing.

Although some units held out for a little longer due to communication problems the invasion turned out to be one of the shortest actions of WWII.

With the fall of Denmark attention fell on the nations’ overseas assets, the largest being Greenland on the other side of the Atlantic. 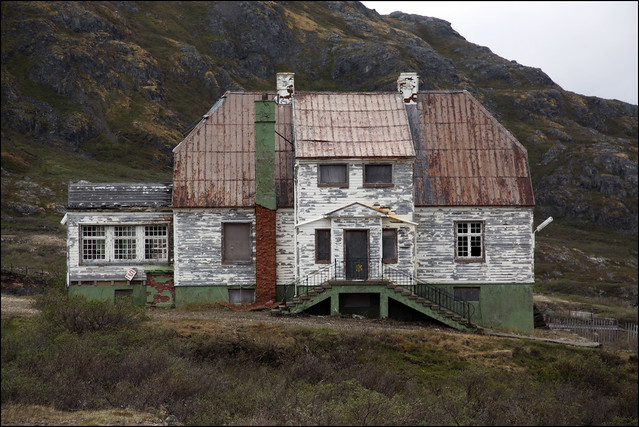 The vast island was home to some of Denmark’s more significant sources of mineral wealth and tactically, it was on North Americas doorstep.

At the time the USA was not involved in WWII, but the proximity of the territory made it of interest.

At the town of Ivittuut, now a stop on Greenland’s tourist cruise trail, there remains evidence of some of these prized resources, a cryolite mine.

At the time Ivittuut was the world’s largest cryolite reserve and extremely valuable.

Fearing a Nazi German attempt to capture the mine the Americans posted five-hundred soldiers to guard the facility and the two-hundred miners extracting the cryolite.

The barracks have all been torn down since then but there remains evidence of the US presence on the site.

Across the fjord from the town the US Coast Guard built a base and staffed it with more service personnel.

Gun emplacements were constructed by the US Army a year before Pearl Harbour brought the nation into the war, with the express intent of defending the mine from attacks by Nazi submarines.

Three miles along the coast from ivittuut at Kangilinnguit the US Navy also constructed their own Naval Base, making Greenland home to hundreds more American service personnel.

The majority of the crysolite was shipped to the USA, to a refinery in Philadelphia, Pennsylvania.

Without the aluminium produced with Greenland’s crysolite historians argue that the Allies would not have had enough material to build the planes that beat the Luftwaffe at the Battle of Britain, nor would there have been the aluminium required to build the bombers that flew regular sorties into German airspace. 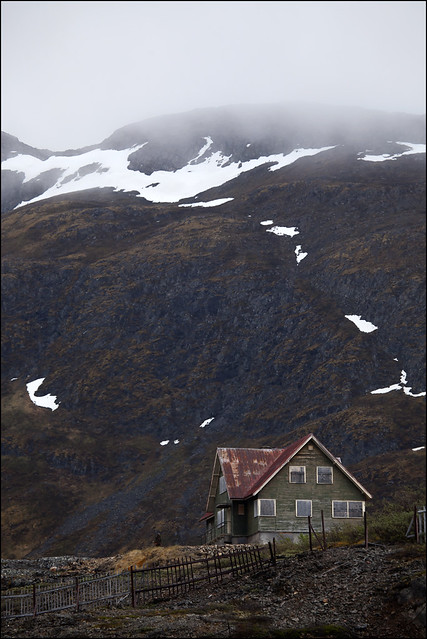 It was seen as such a key asset that no mail was permitted, no letters to friends, family or anyone else were allowed in case the Nazis intercepted them and learned any key information regarding the location and defence network surrounding the mine.

Photographs were similarly banned for the duration of the war.

The miners themselves were a mixed bunch, Danish, Canadian and American workers, while native Inuit Greenlanders worked in the kitchens or as child-carers, cleaners and housekeepers for the incomers.

There was an uneasy relationship between these very different groups and things didn’t always go smoothly.

One incident involved some US soldiers taking four local children from their home at gunpoint.

An event that polarised opinion at the time even though it was resolved peacefully, but nonetheless served to highlight the deep level of mistrust that existed between the Americans and Greenlanders. 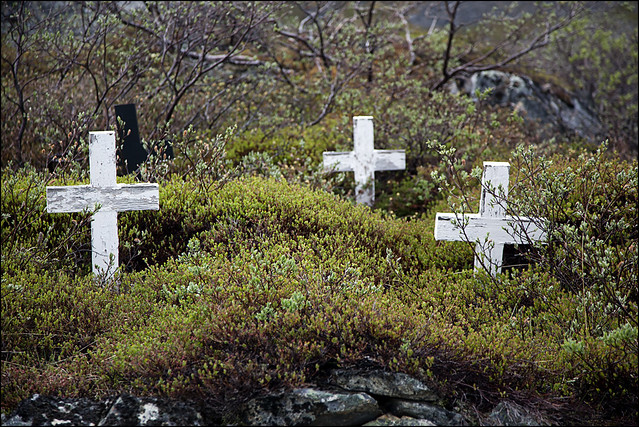 After the war, during the Cold War, and up until 2004 when the USA had just one operating military base in the country, America had de facto sovereignty over the island, seeing it as the gateway to the Arctic and strategically indispensable.

Meanwhile Ivittuut continued to produce cryolite up until 1987 after which the population, always transient, moved on.

Above the town, on top of a hill, stands a monument, a huge white anchor, which is a memorial to all those lost at sea.

Close by is a bronze plate, a tribute to the service personnel who lost their lives when the USS Dorchester, on its way to the mining town, was sunk by a German submarine in 1943.