The Israeli Army’s ground troops were established out of the Zionist paramilitary group, Haganah, which was created in the 1920s to protect the local Jewish population. It had good relations with Britain and other Allies until nearly the end of World War Two, when it became evident to the Jews that they needed a country of their own so that they would be able to protect themselves.

Two years after the second world war ended, in 1947, the Haganah reorganized into army units and was renamed the Israeli Army just a fortnight after the State of Israel has been founded.

Ever since, the Israeli Army has been on high alert and has been in active combat every few years. It has fought several wars and launched several attacks on surrounding areas and countries including the Sinai Peninsula, Lebanon, Gaza and the West Bank.

Here are some of the most feared and revered military weapons created by the Israeli Army. 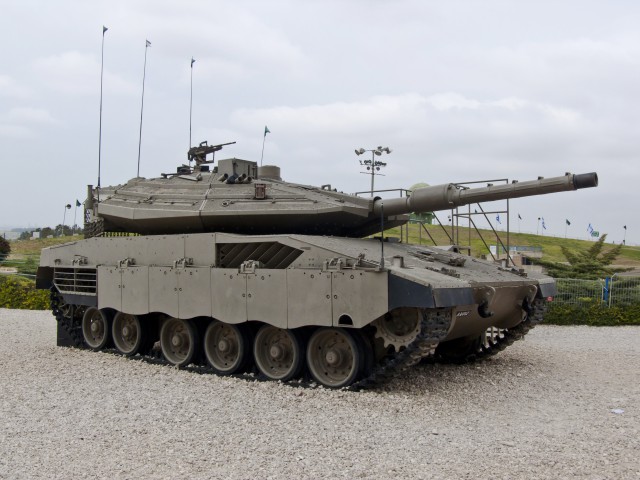 The initial idea of the Chief of the Armed Forces, General Israel Tal, the Merkava was Israel’s first battle tank. It has a low silhouette, a powerful gun and a front engine to protect its crew. Heavily armored, the Merkava excelled at defense, particularly against Egyptian and Syrian forces.

The tank used the same gun as the US M1 Abrams tank, but later versions used an Israeli 120mm gun, which could be accurate up to 2000 meters. It was also supplemented with a LAHAT missile, which used laser-guidance to reach targets up to 9000 meters away.

The Merkava was later fitted with protection against guided missiles, around 660 are still in use as the Mark IV version, with around 2000 built altogether since it was first developed. 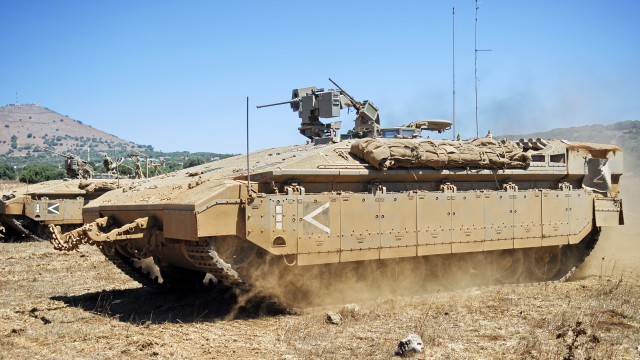 In general personnel carriers aren’t heavily armored, however the Namer has been developed using old tanks. It is an infantry fighting vehicle and was fitted with a turret without a gun, while extra armor was fitted to the front and sides.

The Namer weighs the same as the Merkava tank because of the amount of armor that has been added and many Merkavas have been converted into Namers. Meanwhile the traditional Namer can hold up to nine soldiers and requires three crew members – a driver, a weapons operator and a commander. 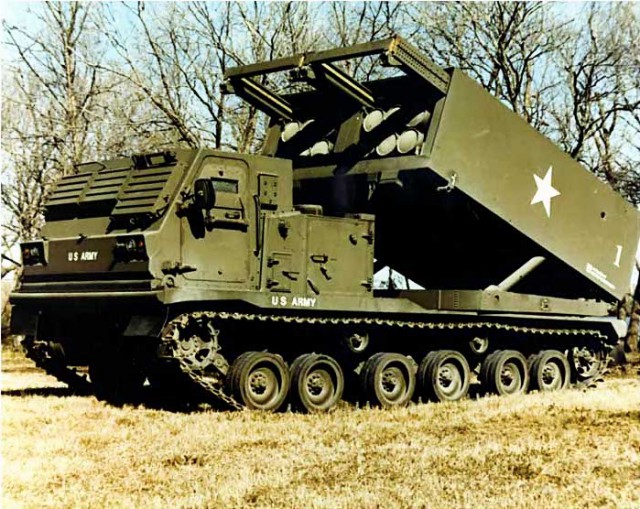 A renamed US weapons system, the Smasher is a re-model version of the US M270 MRLS. Used extensively by the US Army it was used from the 1970s onwards and was part of the US military’s plan to transform its forces.

The Israeli Smasher version can carry 12 227mm rockets. It has a three vehicle battery system that can fire more than 23,000 munitions within a minute, reaching a range of one square km.

Israel now has almost 50 of the Smasher systems. It has been limited to use rockets that have a range of 40kms, but it has 150km rockers in development. Once they come into use, the Israeli ground forces will be able to reach Damascus from Haifa. 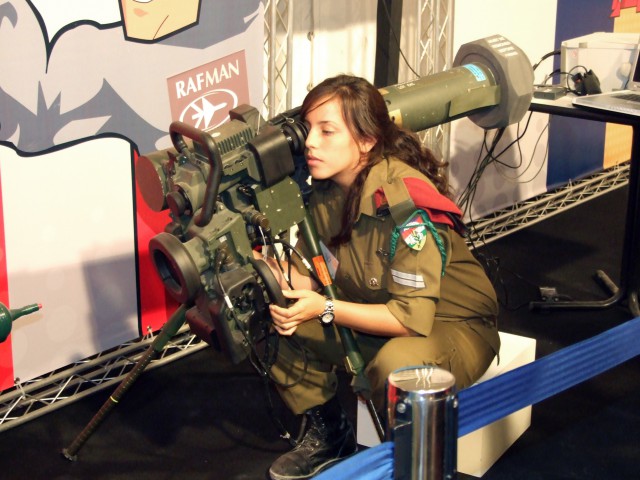 An anti-tank guided missile system, the Spike is a short range system that uses a single, disposable missile fitted with a thermal seeker, and twin warhead so that it can penetrate reactive armor. It has a range of up to 800 metres.

The Spike can be placed on any ground vehicles, helicopters, vessels, as well as drones. It is used against all manner of enemy vehicles including tanks, ships, aircraft and individual targets.

Some larger versions were built and include the Spike MR with a range of up to 2500 meters. Meanwhile the Spike LR can reach up to 4000 meters and the Spike ER matches the similar US Hellfire. The Spike with non-line of sight uses fiber-optic cable reach targets up to 25kms.

An Israeli developed rifle, the Tavor became standard for the Israeli Army. It was modern in design and had its magazine in the butt-stock, ensuring it looked compact but without compromising the length of the gun’s barrel, The National Interest reports.

Even though advanced in design, it is firmly rooted in tradition. It is gas operated and uses rotating bolts similar to the AK-47. It is around 28 inches in length, with 18 of those inches for the barrel. It has a 5.56mm chamber and can use NATO-issue 30 round magazines. Smaller versions have been developed and can use the 9mm Parabellum.