Nearing the end of WWII, Germany maintained the belief that super tanks could reverse the war’s outcome and help them emerge victorious. The Panzerkampwagen E-100 was one of the super tank designs.

It had the ability to be used as a heavy artillery system platform, a heavy tank destroyer, and even an anti-aircraft vehicle.

The Waffenamt ordered the basic design making it a parallel development to the Maus during June 1943. The Maus, weighing in at 188 tons, never saw military service as only two were built and only one was finished. Plans were for the E-100 to be the heaviest of the Entwicklung (E) vehicle series.

The two tanks development had the goal to standardize the components. Adlerwerke Company from Frankfurt Auf Main submitted a blueprint in March 1944 for their super-heavy tank that they called the E-100.

This came after the initial proposal of the tank in April of the previous year.

The blueprints indicated that the tank would have a 75-mm gun and a 149-mm gun. They proposed two different engines for the tank, one being a 700-hp Maybach HL230 with a Tiger II turning mechanism.

The design featured side skirts that were removable. Rail transport was possible because of its narrow transport track design. It was similar to the Tiger-Maus’ original proposal, but it had road wheels that were much larger measuring 900-mm.

It also featured a new spring-based suspension instead of the standard torsion bars seen on most tanks during that time. It had a newly designed turret that was supposed to be lighter and simpler than the turret on the Maus.

The company was given permission to produce the tank with the potential of the E-100 being used as a destroyer that was equipped with a 15-cm StuK L/63 gun. Another option was the 17-cm StuK L/53 gun.

Hitler ordered super heavy tank development to come to an end in July 1944, so work on the E-100 was placed on low priority with only three Adler employees being made available to build the prototype.

The first prototype, which was never fully finished, was found by the American forces’ 751st Field Artillery in April 1945. It was taken for evaluation by the British Army before it was scrapped during the 1950s. 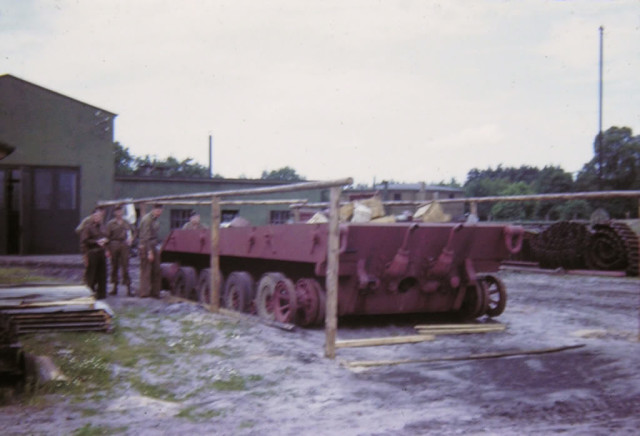 Color picture of the prototype, note the size of the thing 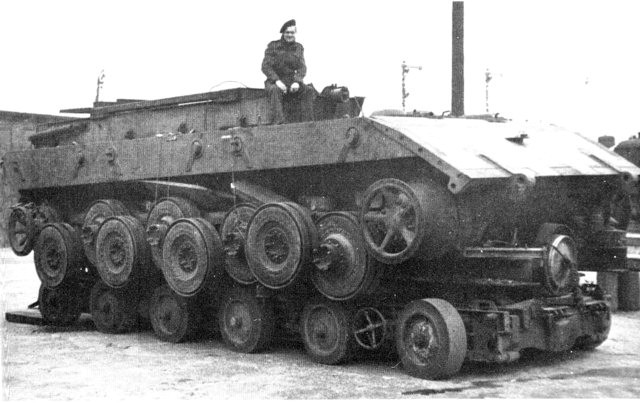 The prototype in 1945, shown here on a trailer.

The E-100 prototype ready to be transported to the UK 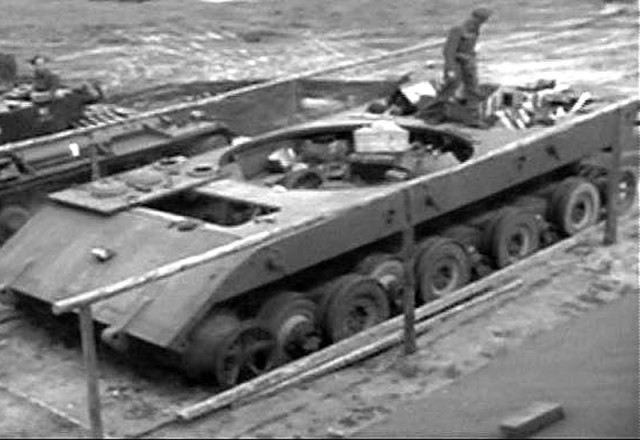 Another picture of the partially completed chassis 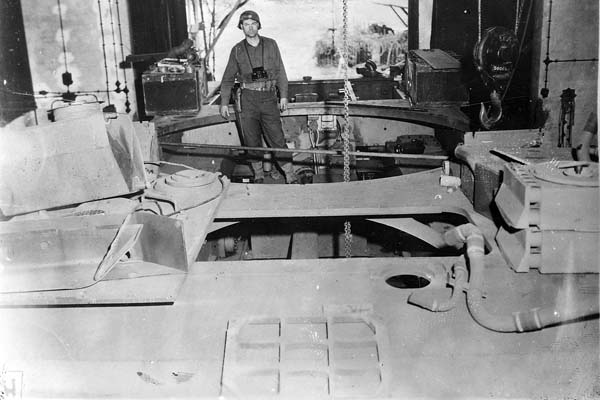 In 1942, Krupp suggested the creation of a 150-ton vehicle as a competition model to the Panzerkampfwagen Maus, designed by Porsche. First drawings of the vehicle now designated Tiger-Maus were made by the end of 1942. Further development was stopped in 1944. (Photo: NARA) 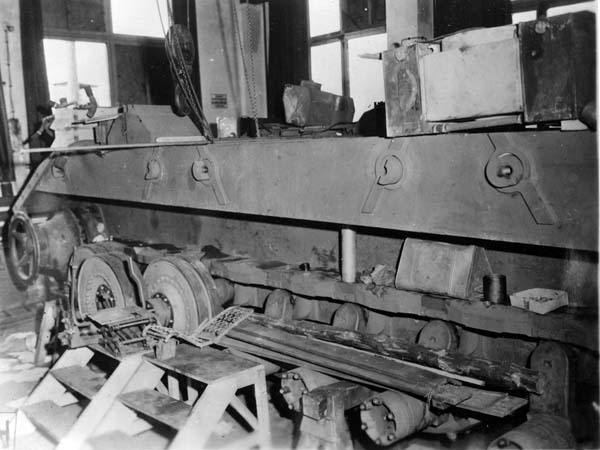 The development of the design now designated E 100 was continued by Adler in Frankfurt beginning in March 1944. (Photo: NARA) 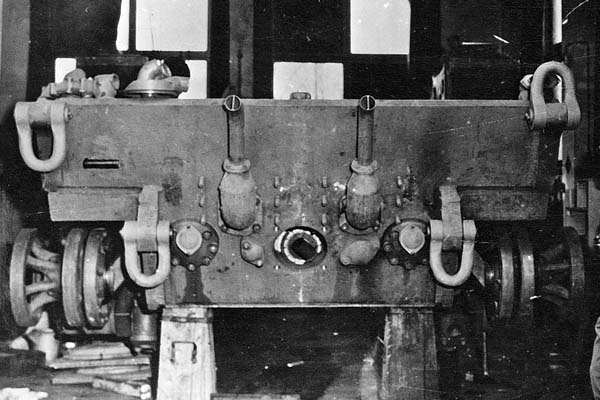 The project could not be finished before the end of the war. The incompleted prototype illustrated in all three photos was captured by US forces in Haustenbeck in 1945. (Photo: NARA) 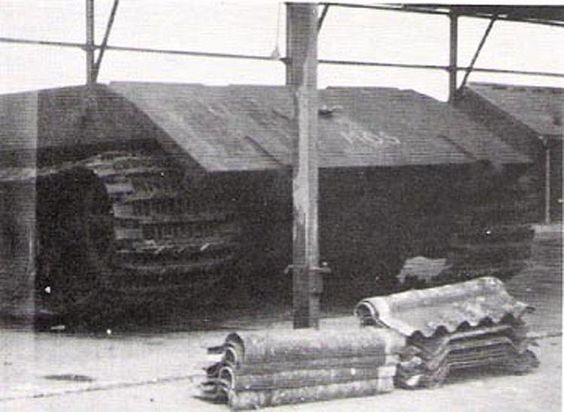 This is also described as an E-100 prototype picture, however, it is the only one with tracks we’ve seen so we are not sure.

As with most outlandish designs, it has now entered the world of modelers, artists and video games. 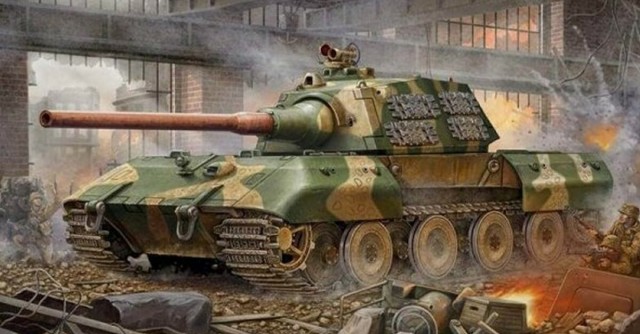 Artist impression of the E-100 in a city battle 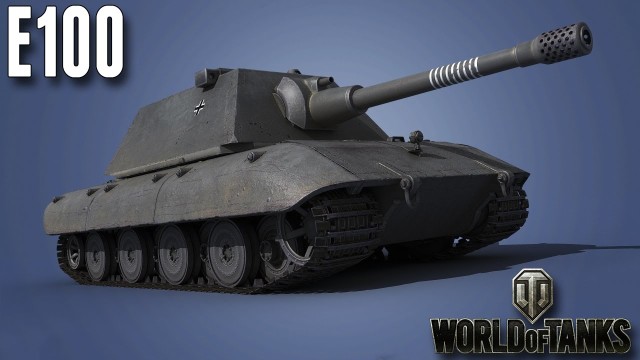 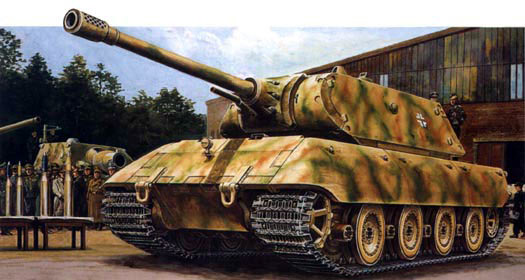 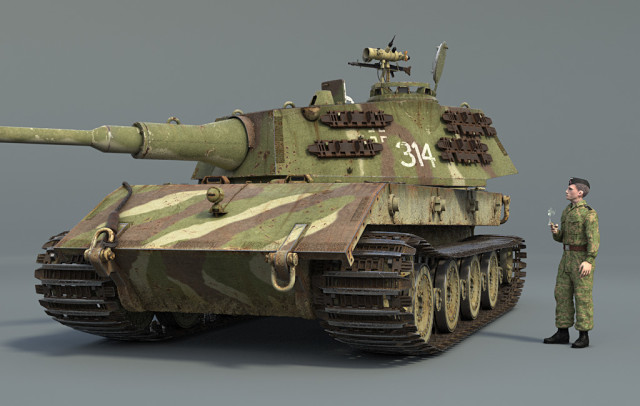 World of Tanks model by Borotovas 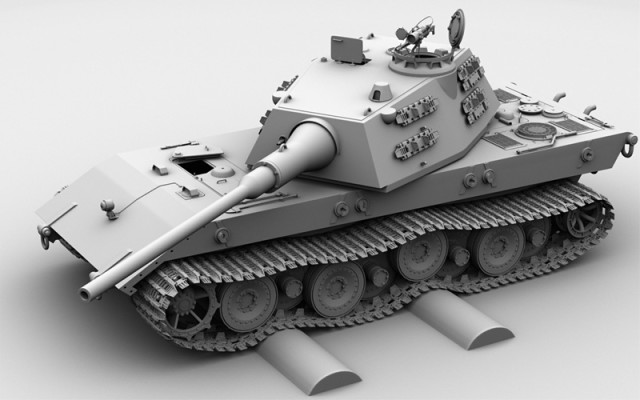 World of Tanks model by Borotovas

The only known footage to exist of the E-100, at the end of this excellent video about captured German tanks that are operated by Allied soldiers.