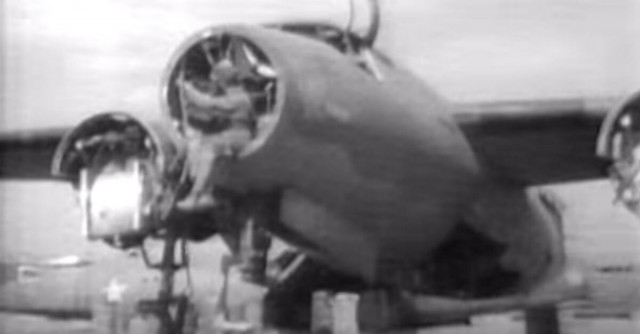 Any aircraft that crashed within 200 miles of Telergma air base was brought there by truck. There the airplanes are taken apart and sorted into separate piles. For easy salvage the wrecks were sorted by plane type and then the salvage crews would remove whatever parts could still be used. Landing gears, cockpit dials, landing gear, glass cupolas, in short any usable item that was still serviceable was removed. This saved valuable shipping space on board the liberty ships which was of major importance in the early years of the war.

The parts were then sent to reclamation where everything was inspected and, after approval, sent on to the air force supplies or are directly forwarded to the repair shops.

Any remaining items that could not be salvaged or reclaimed were smelted and then reused as raw material.