During the second world was the United States Army used a tank-mounted multiple rocket launcher the Rocket Launcher T34 (Calliope).

Placed on top of an M4 Sherman tank, it could fire 4.5 inch M8 rockets from 60 launch tubes.

The Sherman was designed in 1940 and entered production the following year. The version that was the most common was armed with a 75 mm M3 L/40 gun and supported by a .50 cal Browning machine gun, accompanied with two more .30 cal machine guns, one in the turret and one in the hull.

This firepower was mainly used to support infantry attacks in combined actions. The tank’s armor was 93 mm (3.7 in), or 118 mm (4.6 in) in an improved version which utilized the 76 mm gun. 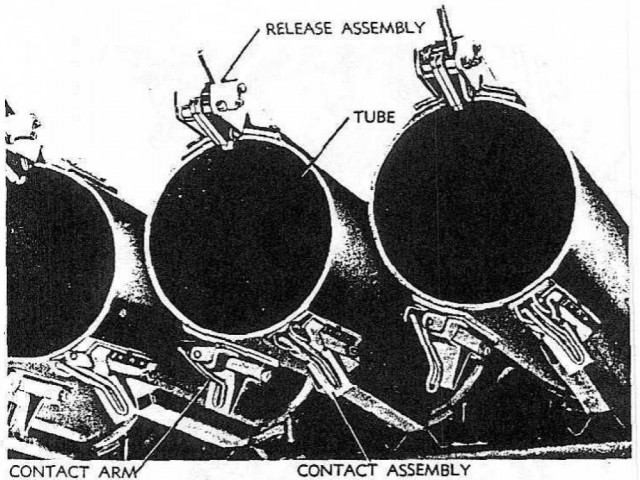 There were 3 variants of the Calliope: 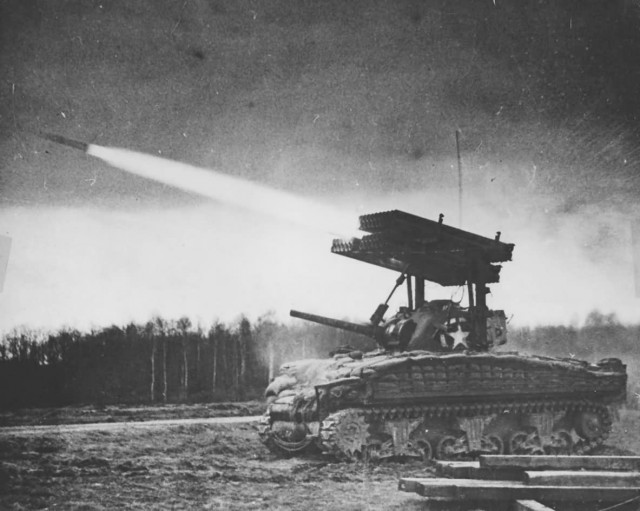 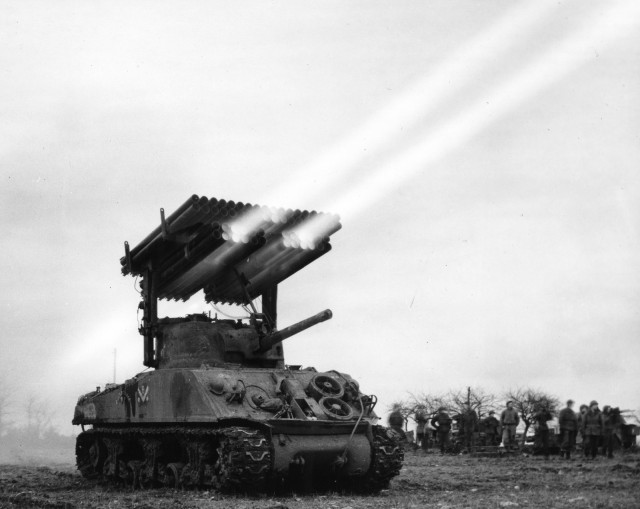 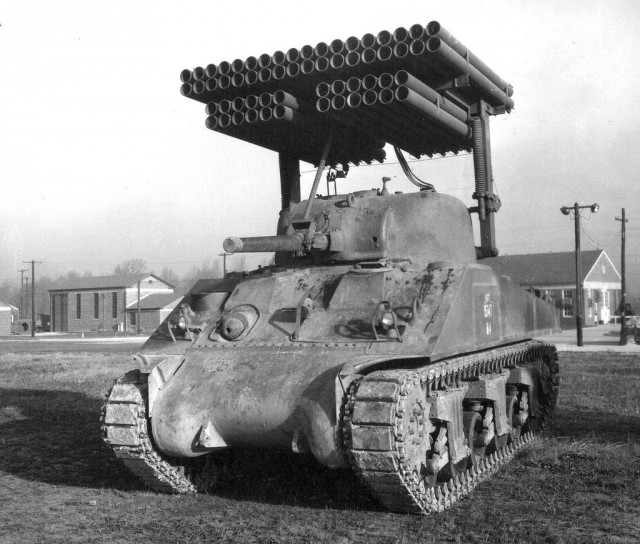 A T34 launcher mounted on top of a Sherman M4A3 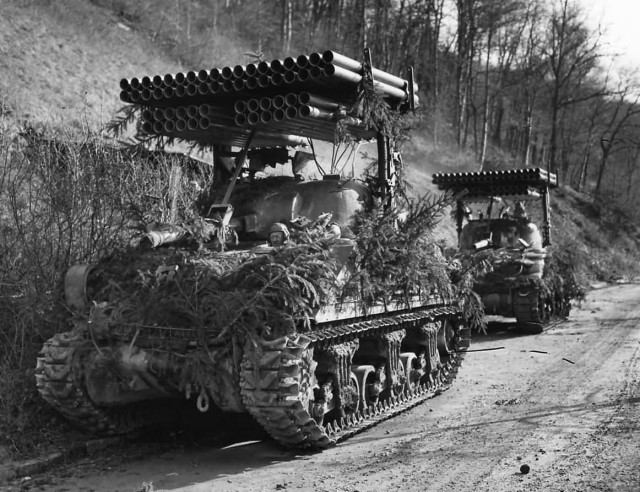 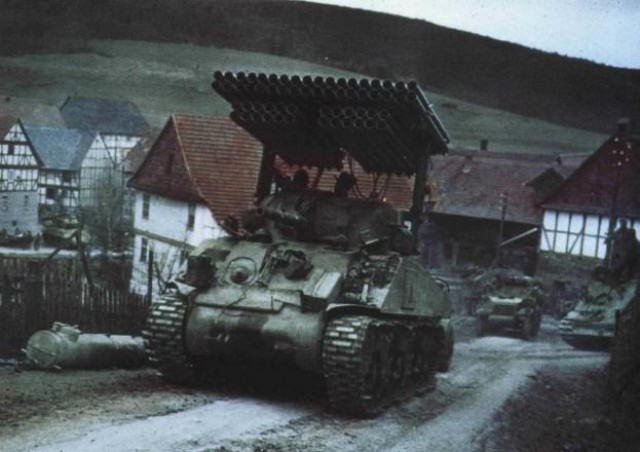 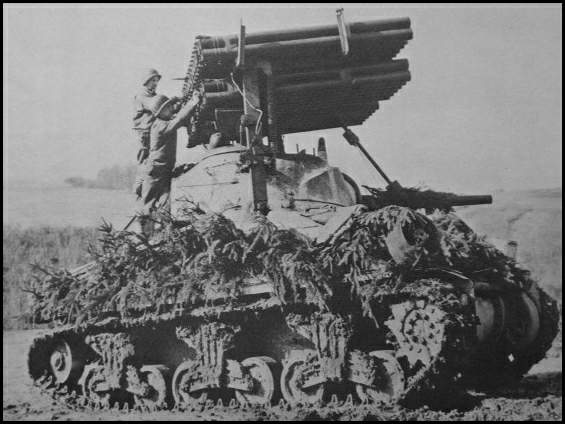 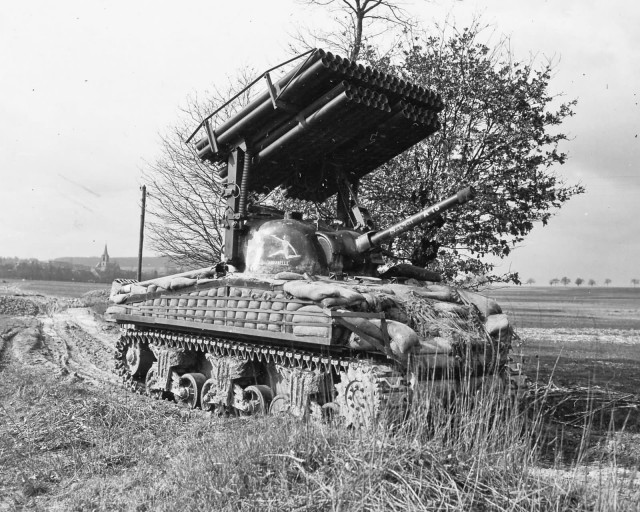 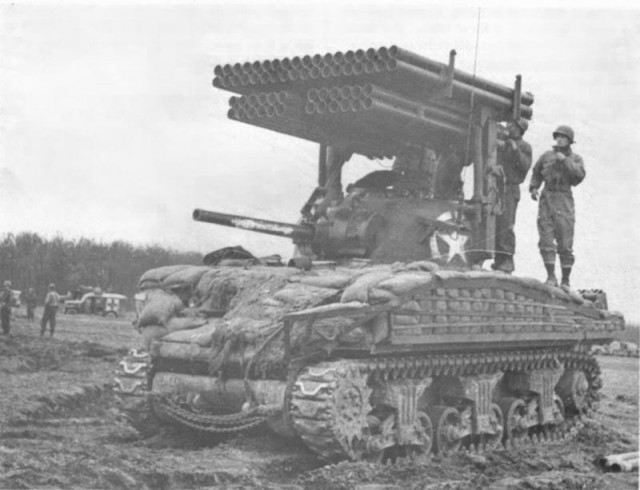 Another shot of what appears to be the same Sherman 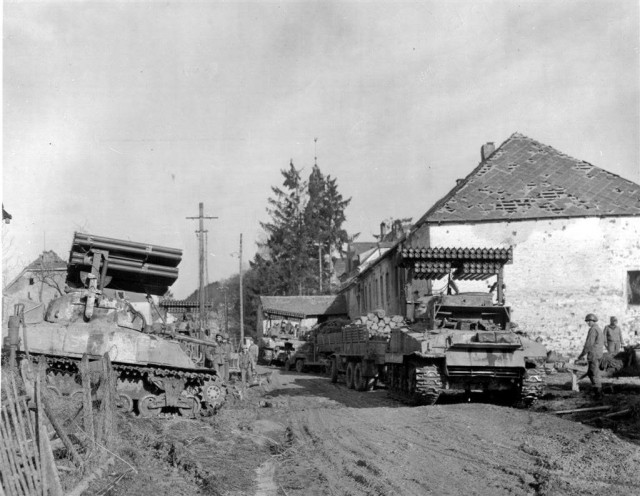 Basically the same as the T34 launcher but the groups of 12 jettisonable tubes were replaced by groups of 14 tubes.

It has proved very difficult to find pictures for this variant. 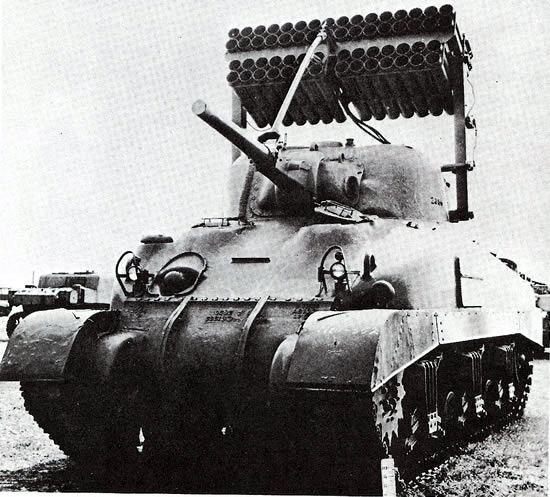 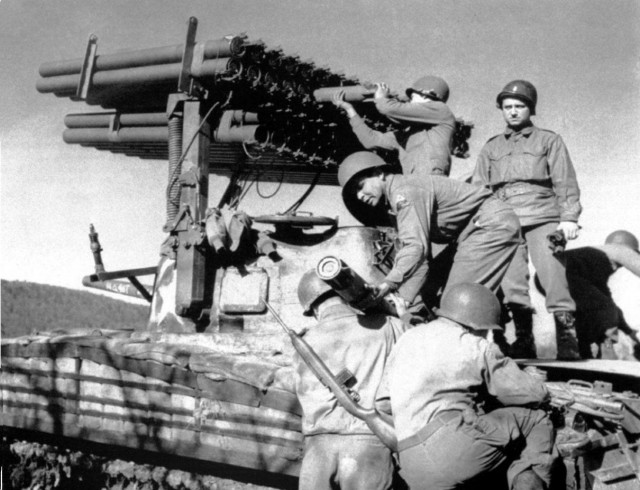 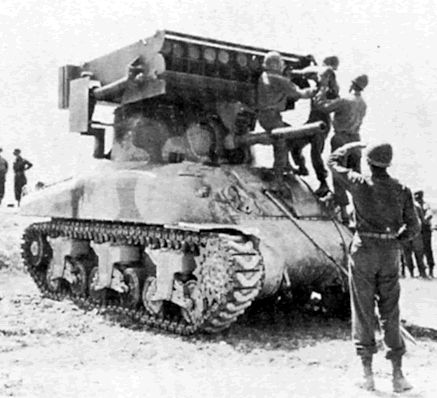 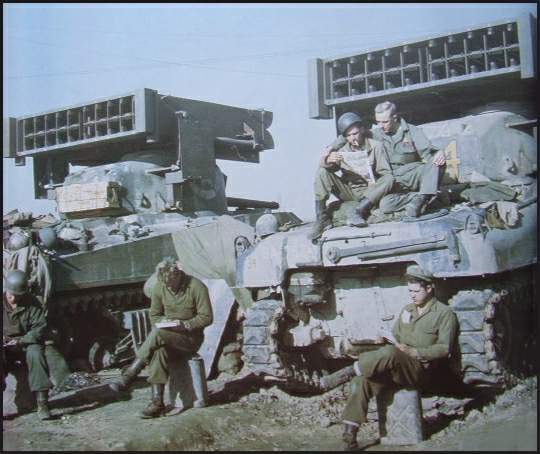 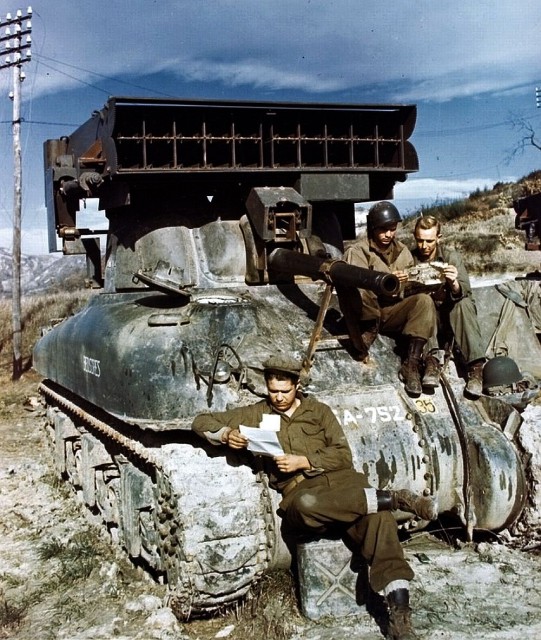 Soldiers of the 3rd Armored Div hanging around a Sherman Tank with a T34E2 launcher attached.

In 1945, there were British Shermans fitted with two rails, one either side of the turret, which could carry two 60 lb headed rockets. Tanks of the 1st Coldstream Guards used them at the crossing of the Rhine. The tanks were called “Sherman Tulips”. 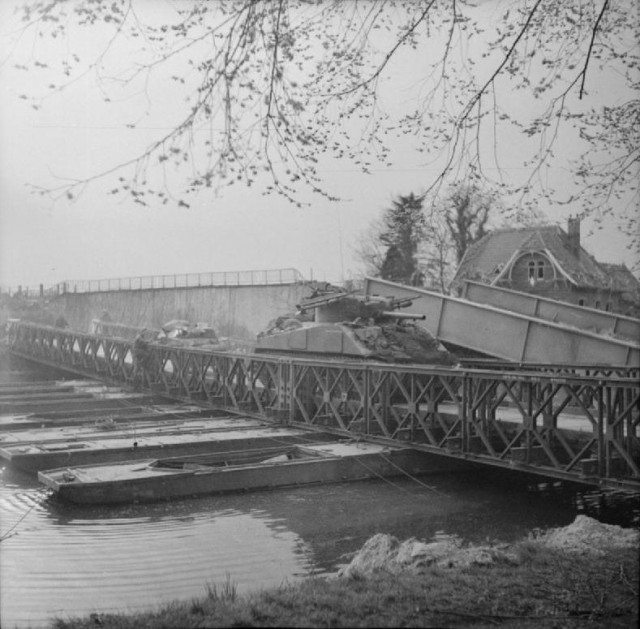 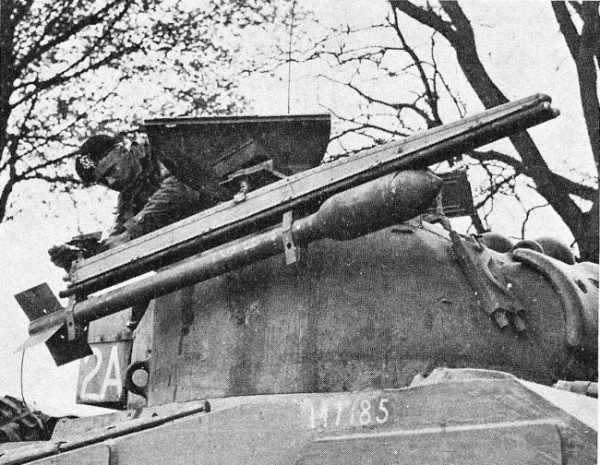 Close-up of the Sherman Tulip 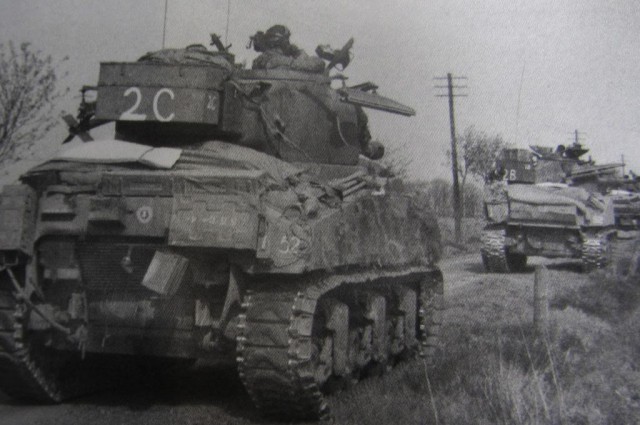 Shermans equipped with 60-pound rockets, on the first Sherman, the rocket on the right has been fired.