Way back when, the US Army received a Centaur (T121154) and a Cromwell (T184085) from the British Army for testing. They ran them in comparison tests against a handy M4A3 (#12099). These were early production vehicles, equipped with 6pr guns instead of the 75mm which was added in the main production variants. They looked kindof similar to this:

Unfortunately, the report I found had no pictures :(. The various results and conclusions were as follows, in no particular order.

Determination of Limits of Vision.

Observation of the limits of vision indicates that in the buttoned up position, the British and American tanks offer approximately the same visibility. However, when driving with the hatch doors open, much better visibility can be had from Medium Tank M4A3 than from the British Tanks.

Both the Cromwell and Centaur bridged a distance of 96” forward and backward. Medium Tank M4A3 bridged 99” forward and 96” backward. Both the Cromwell and Centaur successfully negotiated a 36” vertical obstacle forward. Medium Tank M4A3 had difficulty in negotiating a 24” obstacle. All three vehicles successfully negotiated the standard concrete shell hole contour. All three vehicles negotiated the standard mud course with exceptional ease. 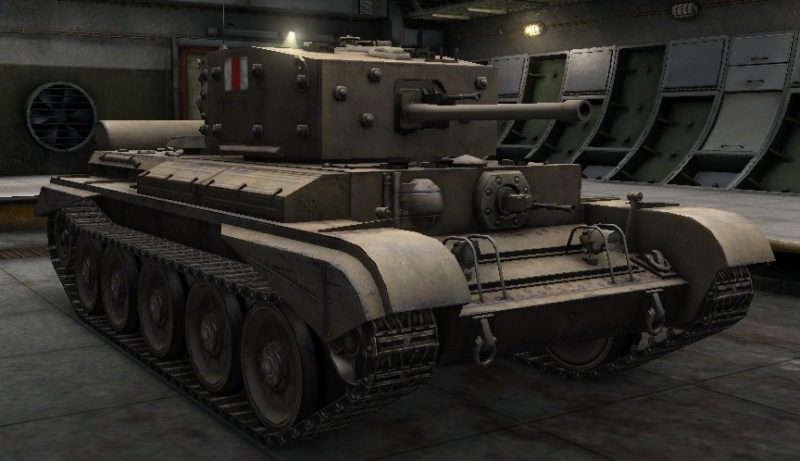 All three vehicles can ford satisfactorily 48” of water at minimum speed.

Medium tank M4A3 and the Cromwell tank successfully negotiated the standard 60% slope. No attempt was made to try the Centaur tank over any slope above 30% at the request of the engine manufacturer. A new oil sump for the engine was installed to enable the vehicle to drive up the 60% slope, but the tests were terminated before this was done.

Operation in Sand, Snow and Mud.

Operation in the standard sand course indicated that in deep sand, Medium Tank M4A3 is more maneuverable than either of the British tanks because of its higher ground clearance and method of steering. All three vehicles operated satisfactorily in mud. No snow was available during this test programme.

Both the British Cromwell and Medium Tank M4A3 have successfully completed 14 hours of continuous operation. Faulty air cleaners and a dusty clutch prevented the Centaur tank from completing 14 hours.

During the duration of this testing programme, the following approximate man-hours for extra maintenance was required on each of the vehicles. The time is based on actual repair on replacements only, and does not include time required to procure or manufacture spare parts not available. A complete breakdown by components for each of the three vehicles of the maintenance required is in an appendix. [Chieftain: To save space, I’ve turned it into a PDF file, click –here- for the works required]

Overall the conclusions were more or less as follows. Quotes follow:

Since both the Centaur and Medium Tank M4A3 have the same power plant they are comparable; The Rolls Royce engine in the Cromwell tank appears to be a satisfactory engine installation and delivers more power than the Ford engine. However, although no great difficulty was encountered during tests, the accessories, ignition and oiling systems are more complicated than those on the Ford engine. [Chieftain’s Note: This Centaur was one of the few equipped with the Ford GAY, which Leyland was pushing for at the time]
The transmission on the Medium Tank M4A3 gave much better performance than the Merritt-Brown transmission in the British tanks, as several times during tests considerable difficulty was encountered with this latter transmission. However, some advantage is gained in the Merritt-Brown transmission since it allows the vehicle to be maneuvered more readily under certain circumstances, particularly when turning in close quarters.

The hydraulic steering controls on both British tanks are unsatisfactory because of the amount of maintenance work required to keep them functioning properly. The hull and turret of both British tanks apparently do not offer an equal amount of protection to the crew as Medium Tank M4A3 since they are of riveted and bolted construction and offer large areas normal to ground fire. 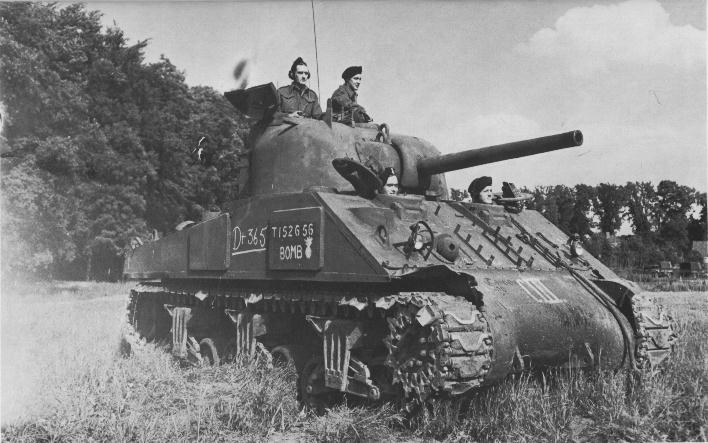 The Christie type suspensions on the British tanks offer a very smooth easy ride under most conditions; however, on certain special conditions particularly on traversing two adjacent anti-clines, riding in the vehicle becomes almost inbearable to the occupants. While the medium tank M4A3 does not ride as smooth most of the time it is not subject to the harsh jolts received on the British tanks under these conditions.

It is recommended that Medium Tank M4A3 be considered superior to the British Centaur and British Cromwell tanks without further testing.

A couple of observations.

The first one is the firepower difference. These were early versions of the vehicle, and the 6pr was very quickly upgraded to a 75mm similar to that of the M4, so that distinction is fairly irrelevant in hindsight. (Of course, the M4A3 got upgunned later, as well, so the argument can work both ways). Incidentally, the supposed better AP performance of the 6pr was why it was considered by the TD branch to replace the 75mm on the halftracks, only to be discarded after testing indicated that this advantage was for short range only. The comment about ‘loose’ fire control is interesting, no detail was provided as to if it was a general design flaw (unlikely) or just that one particular tank.

The second, the difference of armor. Yes, the M4 may have been overall slightly better protected, but realistically, what would the armour stop on M4A3 which would not be stopped by Cromwell?

On the other hand, the difference in speed is likely correctly de-emphasised. It matches with what Harry Yeide stated about the extra speed on the M18, that field reports indicated no tactical advantage was attained by the higher theoretical speed. Which, if you think about it, makes sense. You aren’t likely to be running around the battlefield at top speed, you never know what’s around the next corner or behind the next bush.

I find it difficult to believe that the US Army testers were unaware of the neutral steer capability of the British tanks. It’s in the manual, and it’s quite likely that over several hundred miles of testing someone would have accidentally discovered it anyway. Regardless, the substantially better mobility in close quarters was noted anyway, so little change in emphasis should be applied even if one considers the difference.

The killer, though, is the mechanical reliability. Those aren’t typos above, the report actually does say about 40 man-hours for the US tank, and some 200 for both the British ones, not counting routine maintenance like track tensioning, also in M4’s favour. This is a really big deal when you start talking about entire battalions of vehicles and the man-hours required of the REME/Ordnance folks supporting them. Again, it may not be entirely fair in this test report: The M4A3 was a working serial production vehicle, itself derived from a previous serial production vehicle, the Medium Tank M3. The two British tanks were pretty much brand, spanking new designs, teething problems would be inevitable.

Given, however, that there seemed little that the British designs had over the M4 in the other features, even if -all- the teething bugs got worked out, it seems there would still be little practical advantage to choosing Cromwell or Centaur over M4 anyway. Other than the fact that the British factories could produce the latter two, of course.

Again, I have to say that I would be very curious to see the British equivalent to this comparison test.