The team at WHO and anyone with a passion for historic military vehicles will know the name Bart Vanderveen. His military vehicle books and the much missed Wheels & Tracks magazine propelled a lot of us into a fascination with military vehicles and although none of us at WHO towers claim to have known him, his positive influence is still very strong on the MV scene.

Our own Jack Beckett was a recipient of the Bart Vanderveen Award back in 2008 and we are delighted that the award is still going strong. With this in mind here is official news about the 2015 recipient, Mr Brian Baxter.  Congratulations, Brian, from everyone at WHO.

Bart Vanderveen, who died in 2001, was acknowledged as the world’s leading expert on wheeled and tracked military vehicles. He was a true walking bible on the subject and was editor of Wheels & Tracks magazine for 20 years.

When Bart died his publisher, Winston Ramsey of After the Battle, instituted an award to be given each year in his memory to individuals who have performed outstanding meritorious service to the military vehicle preservation movement. This year, nominated by the Invicta Military Vehicle Society and Military Vehicle Trust, the award is to Brian Baxter, the retiring Deputy Curator of the REME Museum at Arborfield. 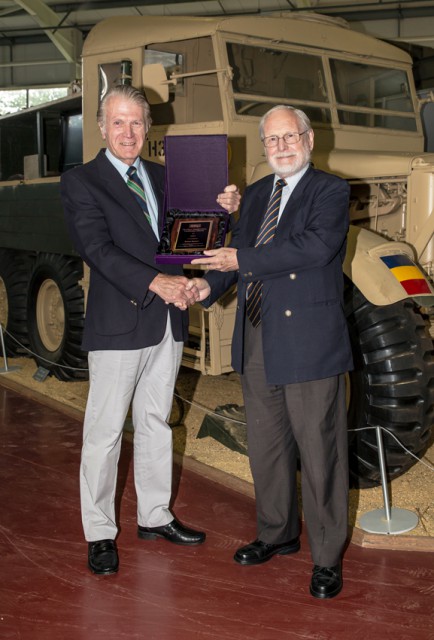 Born 1935 in Essex, Brian spent the war years in Salisbury. He experienced the Blitz through visits to his grandparents in East Ham, and when one of the few bombs on Salisbury badly damaged the family home in 1943.  His interest in ‘things military’ probably stems from those early days, developing an abiding interest in military history, drawing, and model making. He attended Bishop Wordsworth School and later the Salisbury College of Art.

Called up for National Service in 1953, Brian decided to join the Army as a three-year Regular, serving in the Royal Electrical and Mechanical Engineers. Somehow those three years ended up as a 30-year career, spending the time with the REME Inspectorate, HQ Southern Command, Malaya, Cyprus, Germany (twice) and the MOD, as well as in the two main post-war REME training schools.

He left the Army in 1983 with the rank of Warrant Officer Class 1, grew a beard, and began second career as the Deputy Curator of the REME Museum. Brian moved it from Moat House at Arborfield, preparing a completely new display on the garrison site and subsequently being involved in the redesign of the museum when it was expanded in the 1990s. This included the design and construction of the D-Day diorama and layout of the Prince Philip Hall.

Apart from Brian’s continuing interest in Army history and that of the REME, he also studied the Home Front in the Second World War, in particular the activities and vehicles used by the fire brigade. He is still involved in writing including a book on the history of Army recovery vehicles published under the title Breakdown, sadly long out of print. 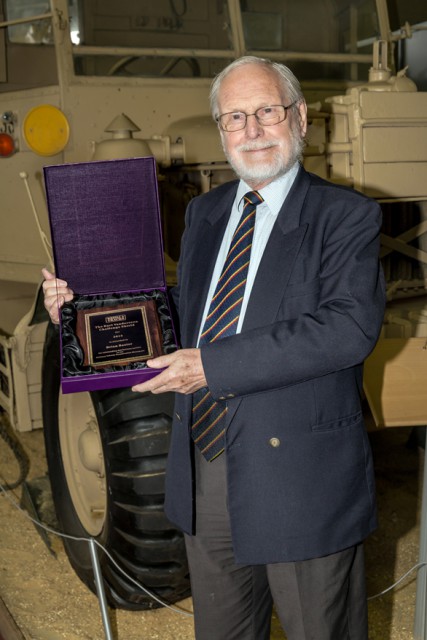 Brian retired from full-time employment in 2000 but returned to the museum the very next day as a part-time Technical Historian, also involved in general Corps history. Now, due to retire for the fourth time on September 30 with his well-deserved award, Brian hopes there may still be continued links with the Corps. (The new REME Museum is due to open at Lyneham in October 2016.)