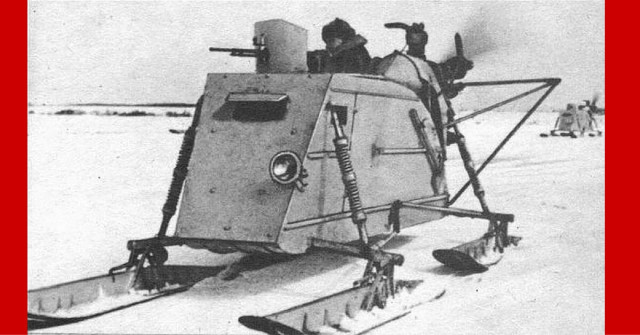 The Winter War of 1939, between Finland and the Soviet Union convinced the Soviets to develop more effective tactics in the so-called “General Winter” conditions.

The Finns have already managed to repel the enemy attacks due to their knowledge of the terrain and since they were more accustomed to the harsh winter conditions. They managed to get an upper hand on the Soviets who had superiority both in technology and in manpower.

The Soviet Union adopted the idea of employing motor sleds into the Russian Imperial Army as early as 1910 when the first aeorosani (Russian for aero-sleds) were constructed under the guidance of Igor Sikorsky, the father of the world’s first helicopter. 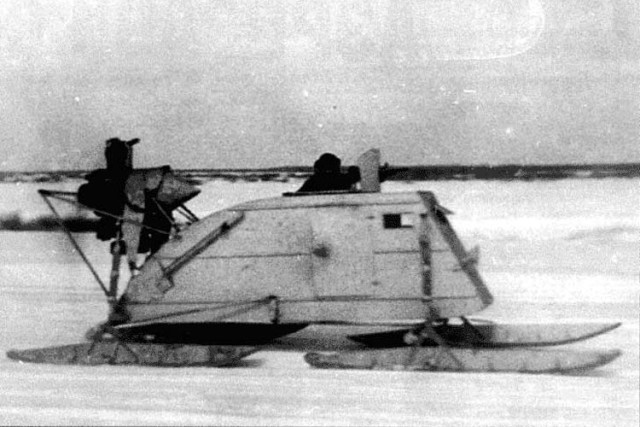 Sikorsky used very light plywood and old airplane engines and propellers to run his motor sleds. The Army wanted a fast, versatile snowmobile that could be used mainly for reconnaissance and border control.

The first successful series built for the Soviet Army were designed by the famous aircraft engineer, Andrei Tupolev, who would later succeed in making the main Soviet heavy bombers. In the 1940s there was a reason to believe that in 1924 the Soviets managed to obtain the plans for “air sleighs” from an American aviator Chester B. Wing, who had constructed the early snowmobile for civilian purposes like transport between towns in winter conditions and private usage.

The claim has been abandoned when a photograph occurred dating from the 1910, depicting Igor Sikorsky standing next to his prototype. 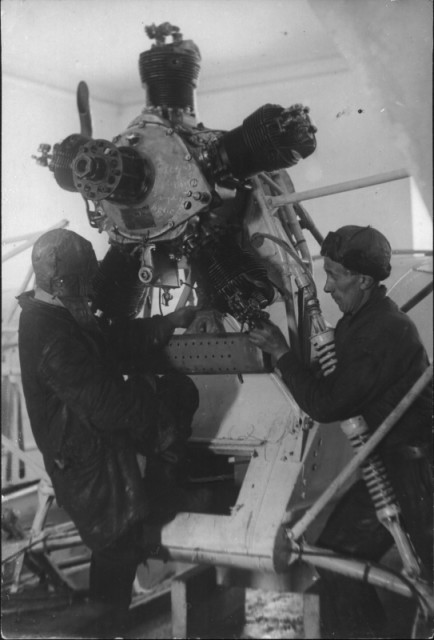 Aerosans first saw combat during the Winter War under the command of the Soviet Armored Forces. They were initially used for transport, liaison and medical evacuation in deep snow.

They would usually maintain communication between units and formations, ferry ammunition, provisions or fuel to forces operating at great distances from their supply bases and evacuate the wounded quickly and efficiently from the battlefield. 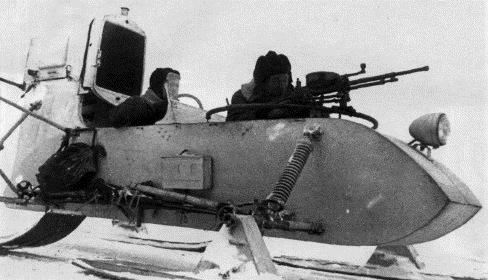 The sleds had little use in winding forest roads and, basically, any terrain that wasn’t flat and covered with ice and snow, which limited their use on frozen rivers, lakes and plains during winter.  They could accomplish speed of 25-35 km/h, which was very fast, given that the most vehicles couldn’t move at all in the snow. There were initially two models used by the Red Army.

The first one was the KM-5, a small sled mainly made for transport and reconnaissance with a possibility of mounting a machine gun. The second one was the NKL-6, which started a series of multi-purpose light armored aerosanies. They were organized into transport or combat battalions of 45 vehicles, in three companies and used alongside with ski infantry for shock operations. Aerosanies could tow up to four ski infantrymen and carry three or four more.

During these raids the support was usually given by the heavier, machine gun-armed models. They were never used for direct assault since they couldn’t stand mortar fire. Rather than a direct strike, they were much more effective in surprise raids on an unprotected enemy. 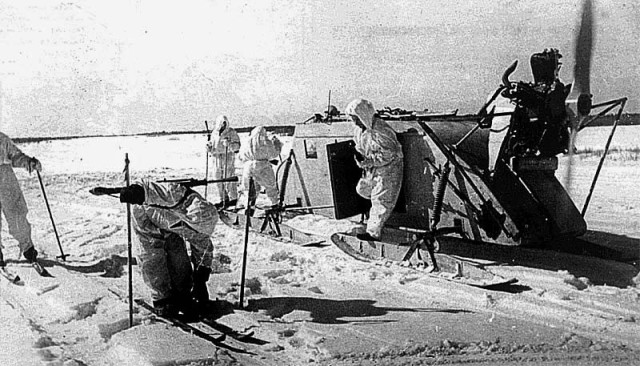 These requirements including the specific terrain were met in the vast, snow-covered flatlands of Finland and on the surface of the huge frozen lakes such as Ladoga, Llmen, Seligar and in coastal regions of the Baltic sea such as the Gulf of Finland. The Finns, who were experts in ski infantry tactics, adopted the use of aerosan, mostly using the ones they had seized from the Soviets.

During the Second World War, the Soviet military leaders recognized the importance of a snowmobile in battles that were usually happening in below-zero-temperature conditions. They ordered every motor sled in the country to become available for military use.

The Soviets developed new models and improved the old ones. There was a variety of aerosan-type snowmobiles in the Red Army ranks.

Units were reorganized and made more effective due to the Winter War experience. The first aerosled units appeared in January, 1942, during the battle of Moscow. They were most active in the winter offensive of 1942-43.

This was the first time that the aerosanies were used in significant numbers as combat vehicles, harassing the retreating units or raiding supply lines and lightly defended outposts. Utilizing its speed and high mobility across snow-covered road-less terrain, the aerosleds suddenly attacked an enemy caught off guard. 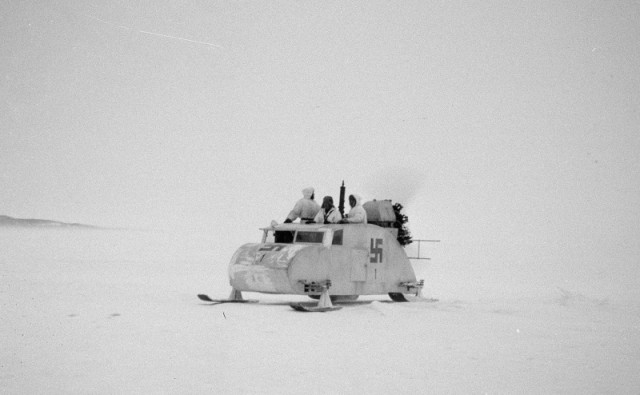 They conducted short, but frequent raids from various directions simultaneously, which influenced the enemy morale since there was a constant danger of an aerosan raiding party coming out of the hypnotic whiteness of the snowy plains. This gave an overwhelming advantage to the Soviets against the Germans, since they could operate off roads that were controlled by the enemy, in a partisan-like fashion.

Thus, a number of successful raids into the enemy’s rear succeeded in destroying his rear area installations and capturing ammunition and equipment. Each aerosan was capable of carrying up to 500 kg of fuel and ammunition. It could be mounted with a machine gun, a medium mortar or a small caliber anti-tank gun. 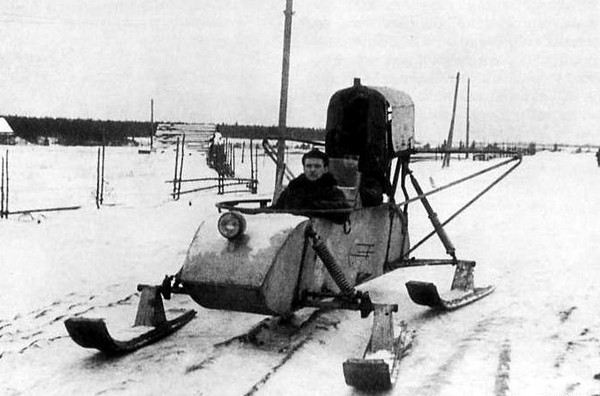 During the course of the war the Nazis also used motor sleds to even the odds against the Soviets, but never actually went on to produce any. They’ve rather made use of the ones captured from the Russians and rarely engaged in combat with them, only using them for transport purposes.

The adoption of the Russian sleds by the Germans, shows how effective these vehicles were in winter warfare.