The DUKW, also known as the “Duck,” was a six-wheeled amphibious vehicle used in World War II by the US military for transporting good and personnel over water. It was excellent at approaching and crossing beaches. The DUKW was only intended to last long enough for combat. 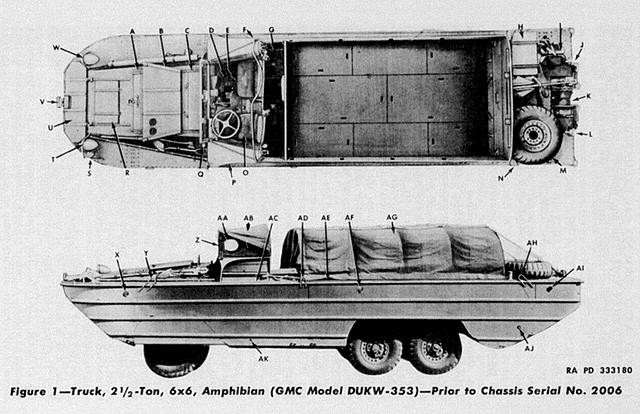 The DUKW was originally turned down by the US military until a Coast Guard patrol ship ran aground on a sand bar near Provincetown, Massachusetts. The winds were 60 knots an hour which, along with rain and heavy surf, kept standard ships from getting close enough to rescue the stranded vessel. An experimental DUKW was in the area and was able to rescue the seven crew members. Later, the DUKW was able to prove its abilities in the English Channel. 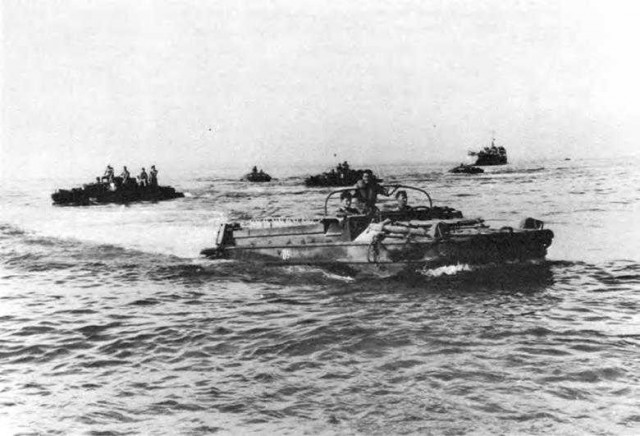 The prototype DUKW began with a cab-over-engine variant on the GMC CCKW six-wheel drive military truck then added a watertight hull and propeller.

A DUKW could stay afloat with up to a 2-inch hole in the hull thanks to a bilge pump. One-fourth of the DUKWs made had .50-caliber Browning heavy machine guns installed in a ring mount. 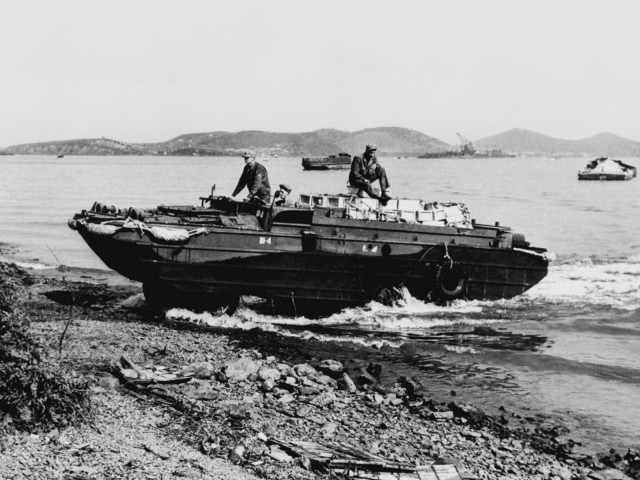 The DUKW was innovative – it was the first vehicle that allowed the driver to vary the tire pressure from inside the cab. The tires could be fully inflated for hard surfaces like roads or underinflated for softer surfaces, like sand. 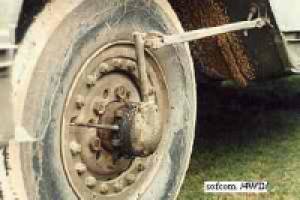 The arm, tube and rotating seal on the wheel hub carry air to the tire

GMC supplied DUKWs to the US Army and Marines. 2,000 were provided to Britain in the Lend-Lease program. The Australians had 535, and the Soviets had 586. 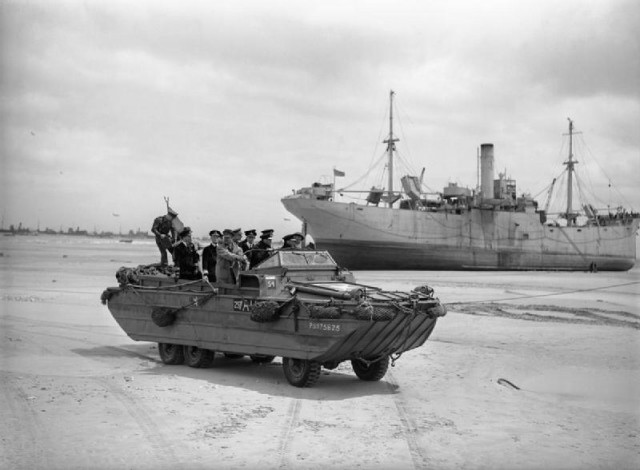 The DUKWs were first sent to Guadalcanal to fight in the Pacific theater. The first time they were included in an invasion force was in the Sicilian Operation Husky. They were also used in the D-Day invasion of Normandy, the Battle of the Scheldt, Operation Veritable and Operation Plunder. 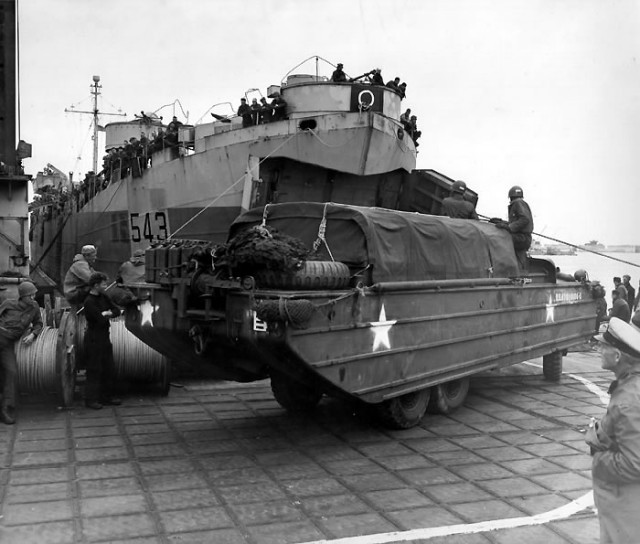 Beachheads were considered vulnerable because landing vehicles would use up all their ammunition before a supply system had been established. The DUKWs filled this need by ferrying supplies to the shore and delivering injured soldiers to hospital ships. 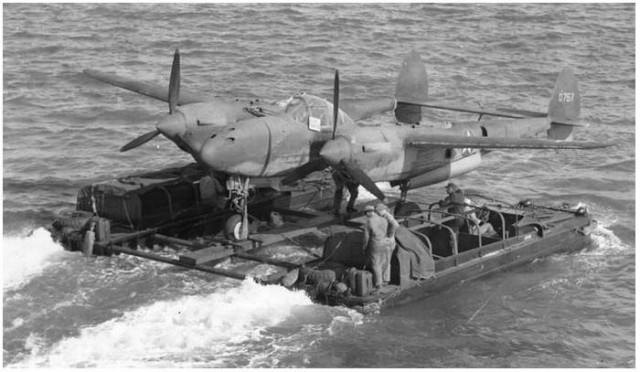 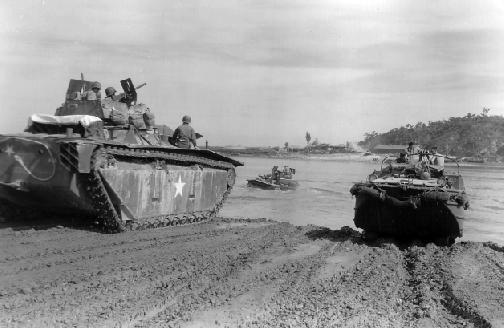 Marine LVT(A)5 Amtracs and DUKW carry the 5th Marine Regiment and members of the 7th Infantry Division across the Han River, Korea, September 1950.

The U.S. Army reactivated and deployed several hundred during the Korean War. DUKWs were used extensively to bring supplies ashore during the Battle of Pusan Perimeter and in the amphibious landings at Incheon.

DUKWs are still in use as tourist transport in harbor and river cities across the globe. The first “duck tour” company was started in 1946 by Mel Flath in Wisconsin Dells, Wisconsin. The company is still in operation under the name Original Wisconsin Ducks.