At the age of 12, Charles walked from Blackpool to Fleetwood, a distance of seven miles, to join the Territorial Army.  Six years later, at the legal age for active service, he joined the Loyal North Lancashire Regiment and was posted to Shanghai in 1934.  He undertook guard duties in Shanghai before  being transferred to Singapore in 1938.

At the fall of Singapore in 1942, he was captured by the Japanese and put to work as a laborer in the Kawasaki shipyards, near Tokyo.  In 1944, he and a friend attempted to escape but were captured and sentenced to death by firing squad for the escape attempt. 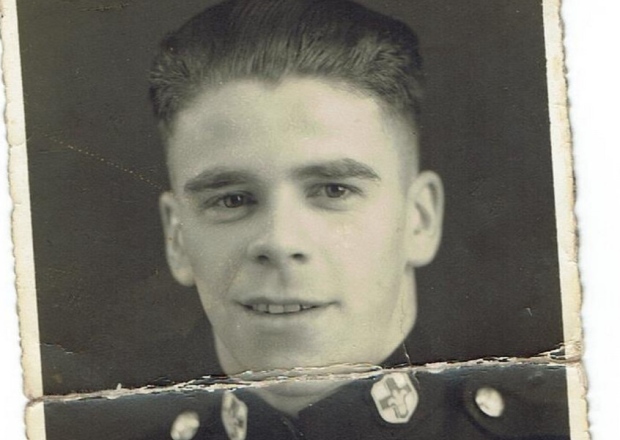 He and eight other POW’s were sentenced to 15 years incarceration at Sakai Prison in Osaka.  In a 2005 interview, he told of the horrendous conditions in the prison, “There was no heat or fan; no water, a wooden pail for a toilet, one light hung from the ceiling, a small barred window at the rear of the cell. Clothing was one thin shirt, one thin trousers, no shoes or socks, no jacket or kimono. No wooden box, only the floor to sit on. Only one thin blanket for cover. Bathing was usually allowed once a month; no soap, no washcloth or towel, no clean clothing.”