Winston Churchill may be most well known for his time spent as the Prime Minister of Great Britain during World War II, but he contributed much more to the world than just his political career.

Churchill was at the forefront of the political scene in Europe for around 50 years.  His political accolades span this timeframe, all the way up until his death in 1965.

He is said to be one of the greatest statesmen of the 20th century and is viewed as a hero by many people worldwide. But he wasn’t without an interesting side. From being in a plane crash to enjoying painting or even his music career, Churchill accomplished a lot in his 90-year life. Here are 10 interesting facts about Winston Churchill. 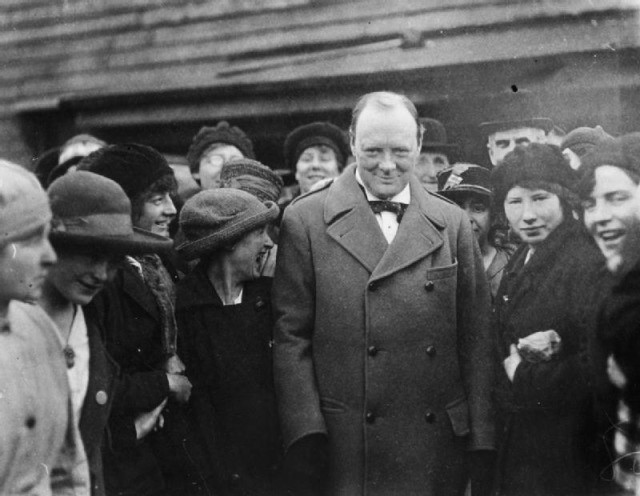 Churchill is well known for his speeches, but what makes this more interesting is that he had a speech impediment. Later in life Churchill would have dentures made that would help with this, but prior to this he dealt with it saying “My impediment is no hindrance.” Churchill did exercises for the impediment, by saying phrases such as “The Spanish ships I cannot see for they are not in sight.”

Churchill had an amazing career, but he struggled in school while growing up. At age 7 he was sent to a boarding school, which he didn’t like. He enrolled at Harrow in 1888, but his entrance exam scores were so sub-par that they placed him at the bottom of the class.

Though he struggled in school overall, he wasn’t seen as unintelligent. He did well in the subjects he enjoyed, History and English. Once he was done at Harrow, Churchill went to Royal Military College, where he failed the entrance exam twice.

With over 500 paintings produced, Churchill was an avid painter. He didn’t start painting until he was 40, but he quickly grew in skill. Today, paintings by Churchill can go for a lot of money. In 2014, a collection of 15 Churchill paintings went for £11.2 million.

Painting was one of Churchill’s favorite hobbies, and he was once quoted saying, “When I get to heaven I mean to spend a considerable portion of my first million years in painting.” Churchill painted over half of his paintings in the 1930’s, but he spent most of his life (once he started) painting.

Gandhi and all that he stood for became a big issue for Churchill. In general, Winston Churchill  liked Indians. However he was opposed to the Indian Independence movement and Gandhi was the leader of the movement. Naturally this created some issues. Why did Churchill dislike Gandhi? It was a mixture of politics and personalities. Churchill could not stand Gandhi stood for, and at one point, Churchill was okay with allowing Gandhi die during a hunger strike.

Churchill was in many accidents. He once jumped off a bridge and suffered a ruptured kidney, as well as a concussion. While in the United States, Churchill was hit by a car in New York City. He literally failed to look both ways when crossing the street. When he was learning to fly, he crashed a plane. While Churchill was accident-prone, none of these accidents affected his lifespan, as he lived to be 90. 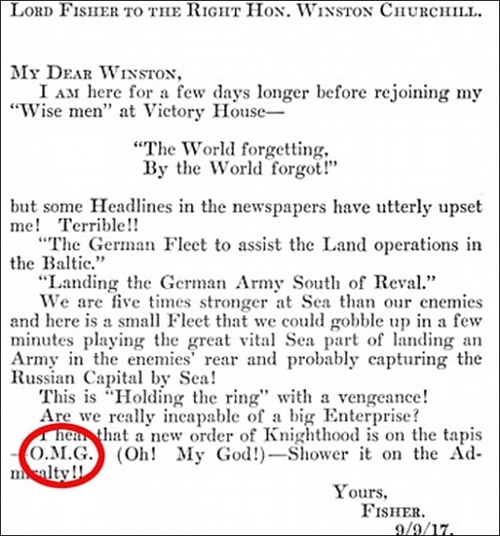 Winston Churchill received a letter in 1917 from Lord Fisher regarding the war. Towards the end of the letter, Lord Fisher uses the term ‘OMG.’  Here is how it was typed in the letter: “I hear that a new order of Knighthood is on the tapas-O.M.G. (Oh! My God!) – Shower it on the Admiralty.” This is the first known instance of this popular phrase being used, and Churchill was the receiver of it.

In the 1890’s, Winston Churchill was a war correspondent for The Morning Post. He was sent to cover the Anglo-Boer War in South Africa, but once he arrived in South Africa the train he was on was ambushed and he was taken as a prisoner of war. Miraculously, Churchill managed to escape the camp.

Once back in England, the escape caused him to be regarded as a hero, which helped launch his political career.

Winston Churchill’s father, Lord Randolph Henry Spencer-Churchill, was a British statesman who was born in London. Churchill’s mother, Jeanette Jerome, was born in Brooklyn, New York. The two met while at the Isle of Wight and were engaged just three days after their meeting. The couple had two sons, Winston Churchill and John Strange Spencer Churchill. 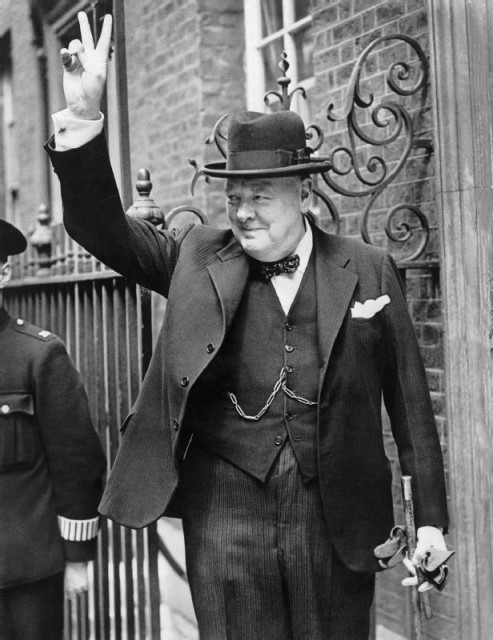 Music charts aren’t the first place you may look to find a British Prime Minister, but in 2010, that’s exactly where you could find Winston Churchill. The Central Band of the Royal Air Force released an album titled “Reach for the Skies.” The album featured two songs that utilized music from the Central Band and paired it with some of Winston Churchill’s speeches. The album made it all the way to No. 4 on the UK Album charts.

From Nobel Peace Prizes, to pop charts, Winston Churchill has contributed more to society than just his famed political career. Churchill once said, “History will be kind to me for I intend to write it.” And that he did.