This Yugoslav tank was called, the vehicle A (or sometimes Type A). The basic idea was to produce a copy of the T-34. During the design phase, the plan was only to replace parts that have proven to be inefficient, provided that those changes do not cause a change in aggregate and tank assemblies.

The T-34 from 1946 served as a basis for the design. The deadline for design and construction of the prototype was very tight and coincided with the May military parade the next year, i.e. approximately a year. During the summer, the design process was followed by several consultation meetings between the Yugoslav Ministry of Defense and the General Directorate for Armament. 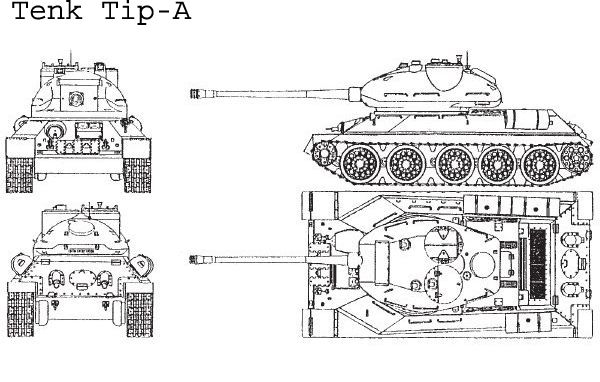 Apart from the above mentioned workshops and institutes, many other foundries and factories joined the process: Guštanj and Jasenice (armored plates and casting turret), Djuro Djakovic (welding turret and an armored body), Red Flag (armament), ”Ivo Lola Ribar” and ”IMR” (parts of engines and transmissions), and many others.

Completion of the production was done in the CTR “Peter Drapsin” in Mladenovac. Between 600 and 700 employees worked in this repair institute. The institute manager was Major Anton Kurt, known for installing German PT gun into the damaged Stewart tank of the First tank brigade during the war.

The first type A tank with an 85mm cannon, designed on the basis of the T-34 but without the original technical documentation, was made by copying the model without prior examination of materials, design, and budget. 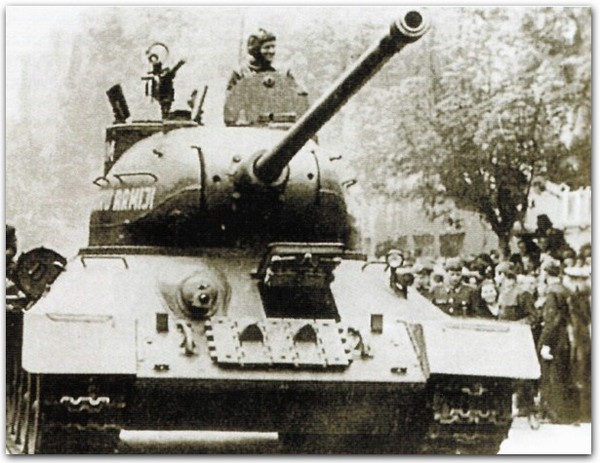 Plans for pistons and piston links were the only remaining part of the original Soviet documents. The aim was to make the type A tank resemble the Soviet T-34 as least as much as possible,  particularly in the turret (higher by 146mm).

Only thanks to the enormous enthusiasm of workers and engineers, some five prototypes were completed on time, just before the May Day parade. Vehicles were tested on the slopes of Kosmaj before proudly driving down the streets of Belgrade on May 1, 1950. 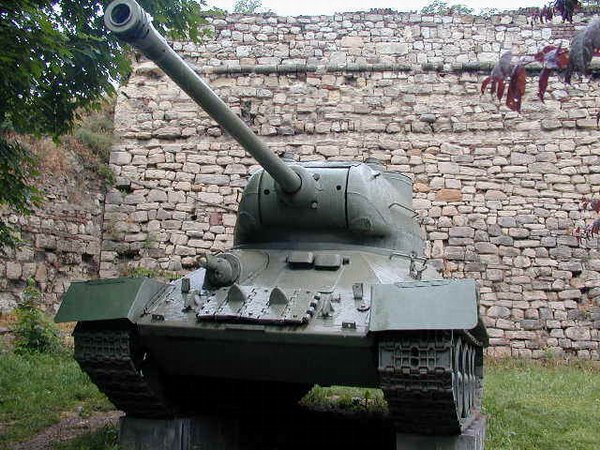 During the parade, the command turn stopped working in one tank when the tanks were passing down the Kolarčeva Street. However, the resourceful driver turned the tank in place and continued in the right direction.

The crowds welcomed this exhibition maneuver, believing it was an integral part of the program. On that occasion, the head of the workshop Major Anton Kurt reported to Tito: “Comrade Marshall, mission accomplished”. It took 19.200 working hours to create one tank and 6.335.000 dinars was the cost of each tank. 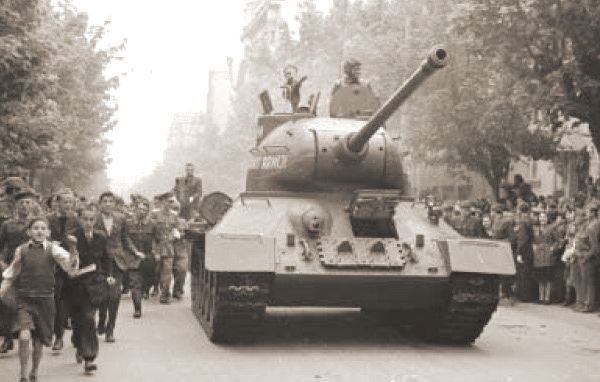 For the Yugoslav military – political cooperation with the West which started in 1951 meant the influx of substantial quantities of new and modern techniques and equipment.

Therefore, further work on the development of the first Yugoslav tanks became unnecessary. Although the idea of type A tank was abandoned, a few attempts to improve the T-34 tank were made later in the project M-328, and attempts were also made to install 100mm and 90 mm cannons on the tank.