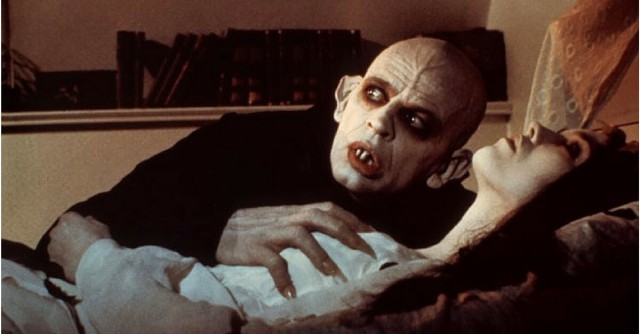 This is not a Halloween joke. The Austrian Army once had a special vampire-hunting detachment! Read on to discover the bizarre activities of this unit, as we once again learn that truth is stranger than fiction, and that Buffy the Vampire Slayer, Blade, and Van Helsing had their real life predecessors. 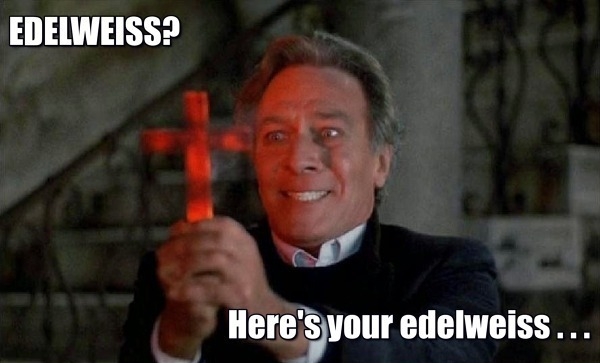 When we mention Austrians hunting vampires, the mind conjures up various images; Christopher Plummer’s Van Helsing singing Edelweiss; Arnold Schwarzenegger with a stake; the Austrian Airforce’s De Havilland Vampire fighter squadron; Buffy the Vampire Slayer wearing a dirndl; Nazi vampires. The possibilities for memes and jokes are endless. But the truth lies buried in an era when people actually believed vampires existed, and in a land where even today, some still believe in the fanged creatures. 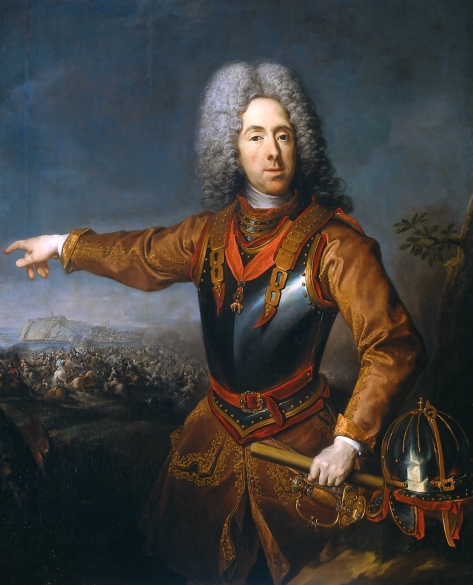 Prince Eugene of Savoy’s brilliant victory against the Turks at Petrovaradin in 1716, as well as the capture of Belgrade the next year, forced Turkey to sign the Treaty of Passarowitz (Požarevac in modern-day Serbia) in 1718. This gave Austria large tracts of Serbia below the Danube and Sava Rivers all the way south to the Western Morava River. As the Austrians moved southward into heavily Slavic areas, they began to encounter a fanged blood-sucking creature, the like of which was previously unknown to them. 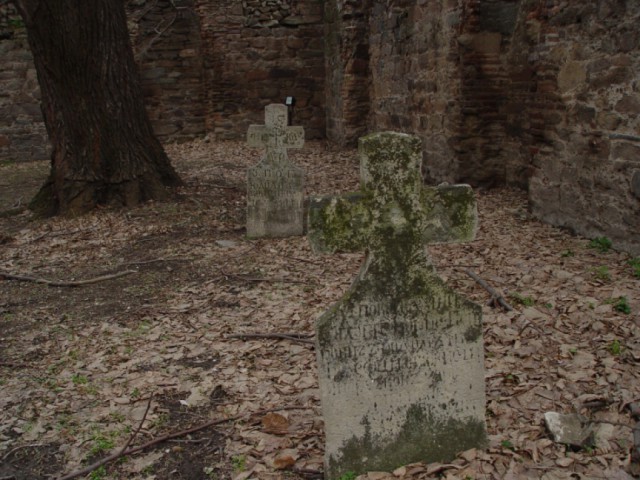 The word “vampire” (wampyri) first appeared in 1725 in Serbia (not Romania), when an Austrian Imperial administrator (Provisor Frombold) witnessed the exhumation and staking of a corpse in the Danubian fishing town of Kisiljevo. The vampire, Peter Plogojowitz, was exhumed and staked with Frombold present. Frombold then sent a report to Vienna, which is the earliest written record of the use of the word “vampire” in history. In it he described Plogojowitz, who had been dead for 10 weeks:

“The face, hands, and feet, and the whole body were so constituted, and they could not have been more complete in his lifetime. Not without astonishment, I saw some fresh blood in his mouth, which, according to the common observation, he had sucked from the people killed by him… whereupon, as he was pierced, not only did much blood, completely fresh, flow also through his ears and mouth, but still other wild signs (which I pass by out of high respect) [an erection] took place.”

The Holy Roman Emperor Charles VI, the father of Maria Theresa, was fascinated by anything related to the fanged bloodsuckers. He had it published in the leading daily newspaper, Wienerisches Diarium on 25 July of that year, and sent copies of it to all the crowned heads of Europe. He also ordered that all reports of vampire-related activity be sent directly to the Imperial Court. 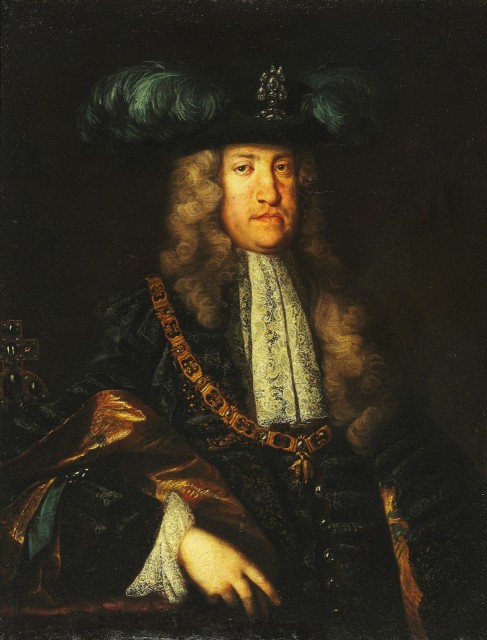 In autumn and early winter of 1731, a number of people in Serbia began dying mysteriously after two or three days, with no previous signs of disease. The Austrian military commander in the central Serbian town of Jagodina, Lieutenant Colonel Schnezzer, sent an Imperial Infectious Disease Specialist (Contagions-Medicus) named Glaser to investigate. After visiting the affected region on 12 December, interviewing villagers, and examining corpses, Glaser failed to find any sign of infectious disease. He noted that all the villagers were attributing the deaths to vampires. Glaser noted that some of the alleged vampires, when exhumed, showed no sign of decomposition while bodies that had been buried later had decomposed. He recommended to Schnezzer that the villagers be permitted to destroy the bodies of the suspected vampires so as to calm tensions. Schnezzer forwarded this report to the Austrian Oberkommandantur in Belgrade. 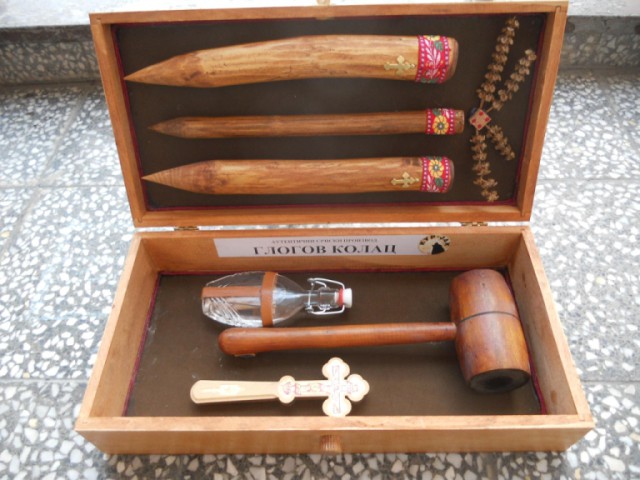 At the massive Kalemegdan fortress in Belgrade, the Oberkommandantur dispatched a special military detachment comprised of officers and troops from Baron Fürstenbusch’s Honorable Regiment of Foot (Regiments zu Fueß), the Honorable Marulli Regiment, and the Honorable Alexandrian Regiment. They were accompanied by a regimental surgeon Johann Flückinger, the field surgeon from Fürstenbusch’s regiment, J.H. Siegel, medical officer of the Moralli Regiment, and Johann Friedrich Baumgarten – also a medical officer from Furstenbusch’s regiment. In command was Lieutenant Colonel Buttener of the Honorable Alexandrian Regiment, accompanied by his adjutant J.H. von Lindenfels.

Beginning on 7 January 17132, they interviewed villagers in places where vampire activity was reported. They recorded the activities of 14 suspected vampires, then exhumed and conducted autopsies on 13 of them. The body of the 14th had already been staked and burned before they got there.

Upon their return to Belgrade, field Surgeon Flückinger wrote an official report to the Belgrade Oberkommandantur on 26 January 1732, which was signed by the other officers and surgeons who had accompanied the mission. In it, Flückinger described in detail the case of the vampire Arnont Paole, as well as the results of each of the 13 autopsies. In the case of Paole, Flückinger wrote:

“And they found that he was quite complete and undecayed, and that fresh blood had flowed from his eyes, nose, mouth, and ears; that the shirt, the covering, and the coffin were completely bloody; that the old nails on his hands and feet, along with the skin, had fallen off, and that new ones had grown; and since they saw from this that he was a true vampire, they drove a stake through his heart, according to their custom, whereby he gave an audible groan and bled copiously.” 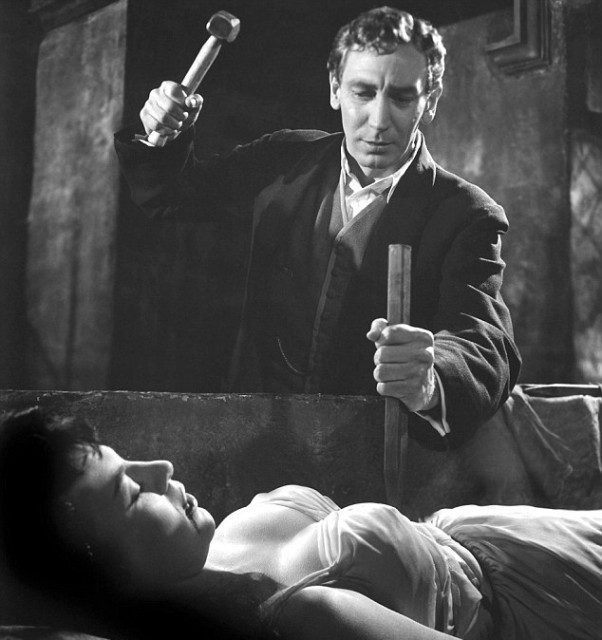 In conducting the autopsies, Flückinger could not help but note that 10 of the 13 were “quite complete and undecayed,” even though having been dead for months. He described them as being “in a condition of vampirism.” The fate of the 10 “vampires” was fiery. Flückinger tells us that “after the examination had taken place, the heads of the vampires were cut off by the local gypsies and burned along with the bodies, and then the ashes were thrown into the river Morava.” In addition to Flückinger, the other two medical officers signed the report, along with Lieutenant Colonel Buttener of the Honorable Alexandrian Regiment, and J.H. von Lindenfels, an officer in the same regiment. 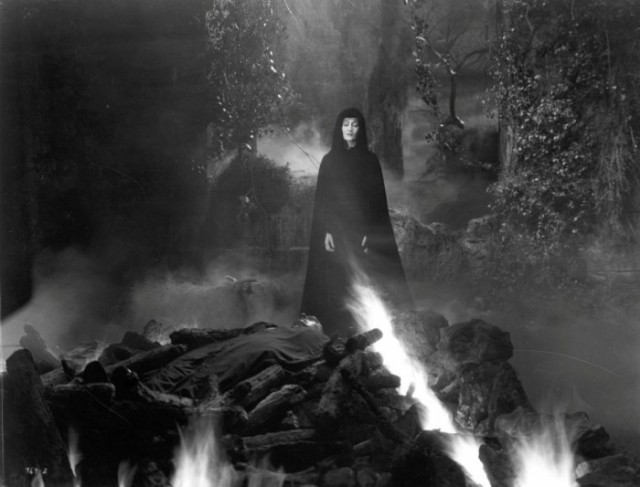 The report was then sent to Vienna, where it caused such a stir that Emperor Charles immediately sent it to all the capitals of Europe. In addition, Flückinger published the entire report at the Leipzig book fair in 1732 under the title of Visum Et Repertum, (Seen and Discovered). This booklet received wide circulation throughout Europe. Glaser’s father, the Viennese physician Johann Friedrich Glaser, sent his son’s letters describing the case to the Nuremburg journal Commercium Litterarium. Both were reprinted around Europe, and it was at this time that the word “vampire” entered into widespread us in Western languages.

James Lyon is an Associate Researcher at the University of Graz, author of Serbia and the Balkan Front, 1914: The Outbreak of the Great War, the Balkan vampire thriller Kiss of the Butterfly, and translator of the 1880 Serbian vampire tale After Ninety Years.

For your Halloween reading pleasure, the entire original text in English of Visum et Repertum, may be found below.

After it had been reported that in the village of Medveđa the so-called vampires had killed some people by sucking their blood, I was, by high degree of a local Honorable Supreme Command, sent there to investigate the matter thoroughly along with officers detailed for that purpose and two subordinate medical officers, and therefore carried out and heard the present inquiry in the company of the captain of the Stalater Company of Hajduks [Serb paramilitary/bandit units], Goršić, Hadnack, the standard-bearer, and the oldest Hajduks of the village, as follows: who unanimously recount that about five years ago a local Hajduk by the name of Arnont Paole broke his neck in a fall from a hay wagon. This man had during his lifetime often revealed that, near Kosovo in Turkish Serbia, he had been troubled by a vampire, wherefore he had eaten from the earth of the vampire’s grave and had smeared himself with the vampire’s blood, in order to be free from the vexation he had suffered.

About 20 or 30 days after his death, some people complained that they were being bothered by this same Arnont Paole; and in fact four people were killed by him. In order to end this evil, they dug up this Arnont Paole 40 days after his death – this on the advice of a soldier, who had been present at such events before; and they found that he was quite complete and undecayed, and that fresh blood had flowed from his eyes, nose, mouth, and ears; that the shirt, the covering, and the coffin were completely bloody; that the old nails on his hands and feet, along with the skin, had fallen off, and that new ones had grown; and since they saw from this that he was a true vampire, they drove a stake through his heart, according to their custom, whereby he gave an audible groan and bled copiously. Thereupon they burned the body to ashes the same day and threw these into the grave. These people say further that all those who were tormented and killed by the vampire must themselves become vampires.

Therefore they disinterred the above-mentioned four people in the same way. Then they also added that this Arnont Paole attacked not only the people, but also the cattle, and sucked out their blood. And since the people used the flesh of such cattle, it appears that some vampires are again present here, inasmuch as, in a period of three months, 17 young and old people died; among them some who, with no previous illness, died in two or at the most three days. In addition, the Hajduk Jovica reports that his step-daughter, by the name of Stanacka, lay down to sleep 15 days ago, fresh and healthy, but at midnight she started up out of her sleep with a terrible cry, fearful and trembling, and complained that she had been throttled by the son of a Hajduk by the name of Miloje, who had died nine weeks earlier, whereupon she had experienced a great pain in the chest and became worse hour by hour, until finally she died on the third day. At this we went the same afternoon to the graveyard, along with the often-mentioned oldest Hajduks of the village, in order to cause the suspicious graves to be opened and to examine the bodies in them, whereby, after all of them had been dissected, there was found:

After the examination had taken place, the heads of the vampires were cut off by the local gypsies and burned along with the bodies, and then the ashes were thrown into the river Morava. The decomposed bodies, however, were laid back into their own graves.

The undersigned attest herewith that all which the Regimental Medical Officer of the Foot Regiment of the Honorable B. Furstenbusch has observed in the matter of vampires – along with both medical officers who signed with him – is in every way truthful and has been undertaken, observed, and examined in our own presence. In confirmation thereof is our signature in our own hand, of our making, Belgrade, January 26, 1732.