One of the most terrifying things about naval combat during the First World War was the constant threat of U-boats, hidden beneath the ocean. Germany built a powerful and deadly submarine force, and used them to devastating effect against the Allied forces.

Of course, the success of their U-boats would ultimately lead to their downfall, but to this day submarines remain one of the most fascinating and groundbreaking technological developments to come out of the conflict.

The first ship to be torpedoed and sunk by a U-boat was HMS Pathfinder, a British vessel that met her end on the 5th of September, 1914. A German U-boat, SM U-21, had been infiltrating the waters around the east coast of Scotland, even traveling up the Firth of Forth undetected. Eventually, their periscope was spotted and they came under fire briefly, but the submarine managed to slip away and continued its progress.

Finally, it turned around and headed back towards the sea. It was at this point that the commanding officer, using their periscope, caught sight of the Pathfinder in the distance. He decided to engage – history was about to be made.

The U-boat fired a torpedo at a range of 2000 yards, and by the time the lookouts aboard the British vessel had spotted it, they had little hope of out-maneuvering it. A temporary coal shortage in the Royal Navy had forced the Pathfinder to travel at a relatively slow pace, making it even harder to avoid the oncoming torpedo. The crew attempted to get the ship clear, but to no avail. They were struck, and the initial blast triggered an even larger explosion within the vessel.

HMS Pathfinder split into two pieces, going down with the majority of her crew.

U-155 had the youngest U-boat commander during the war since Von Friedeburg was only 20 years old. In December, Kptlt. Erwin Witte took over and was relieved in April 1945 by Oblt.z.S. Friedrich Altmeier.

Altmeier commanded the boat for one month before the German surrender in May 1945; she was then scuttled by the Royal Navy. The wreck was located, largely intact, in 2001.

U-155 conducted 10 patrols, sinking 26 ships totaling 126,664 gross register tons (GRT), one warship of 13,785 tons and damaging one auxiliary warship of 6,736 GRT. She was a member of one wolf pack. She sank a warship and a troop transport ship, and damaged a cargo ship, with one salvo of four torpedoes on 15 November 1942 during her fourth patrol, and shot down a P-51 Mustang aircraft on her final patrol.

On 30 June 1945, after the German surrender, she was transferred from Wilhelmshaven to Loch Ryan, Scotland for Royal Navy Operation Deadlight, the scuttling of surrendered German U-boats, and sunk on 21 December the same year.

U-155 was located and identified in 2001 by a team of divers led by nautical archaeologist – Innes McCartney, revealing the wreck was lying upright on the seabed, largely intact, at a depth of 73 meters (240 ft; 40 fathoms).

Her crew held their 25th reunion in 1995 with former Oberleutnant zur See Johannes Rudolph and one of the Mosquito pilots who attacked the boat in June 1944 ‘on board’. 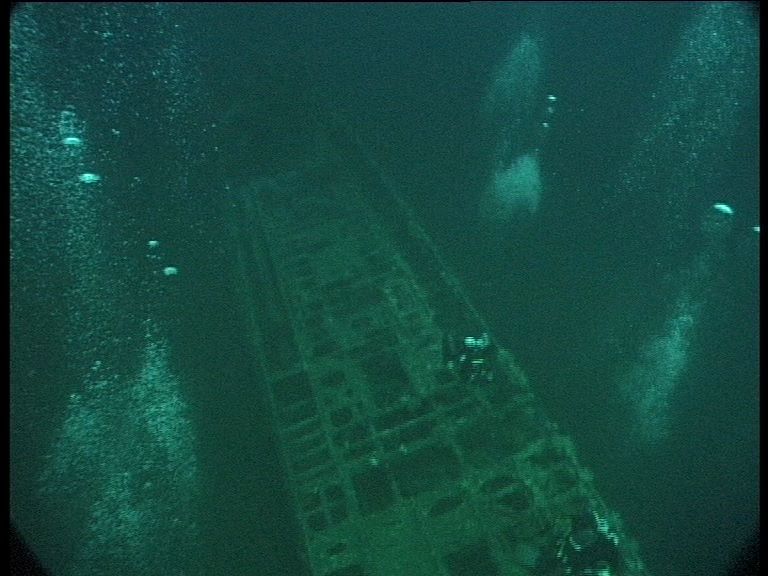 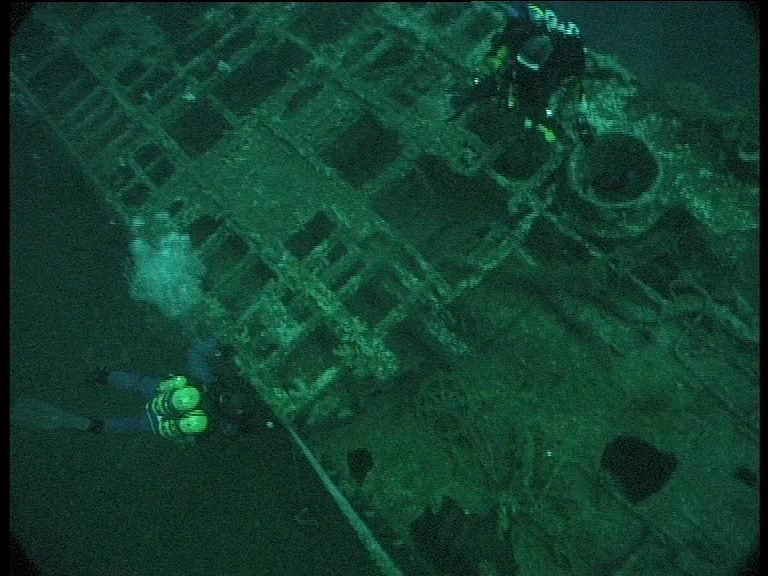