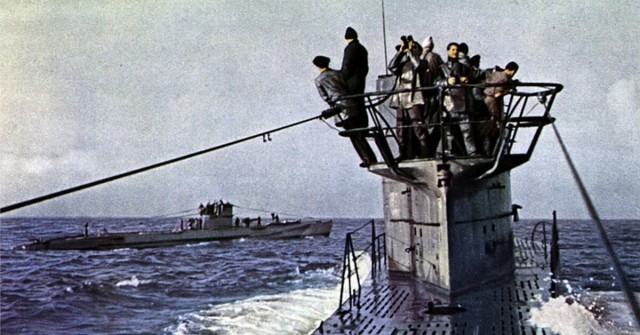 One of the oddest things about World War II is the history that we have all forgotten. Perhaps forgotten is the wrong way to think about it. The story of the war is incomplete and what’s fascinating to historians is the fact that the shibboleths of the story of the Second World War are still being destroyed.

If you asked a historian what was the worst naval defeat we suffered in the war, surely Pearl Harbor would come up. The fact is that right after Pearl Harbor the United States Navy suffered tremendous losses not just in the Pacific, but in the Atlantic. In fact, the Battle of the Atlantic, while a win for the Allies, came at a tremendous cost, one far worse than Pearl Harbor.

US Navy Admiral Ernest King was too busy rebuilding the Pacific Fleet to address the big secret being kept from most Americans: the fact that the German U-boats were sinking American transport vessels at an alarming rate.

Compare the losses of Pearl Harbor with the 3500 merchant ships, and 175 warships sank off the Atlantic coast. Or consider that 36,000 sailors and 36,000 merchant marines. Off the coast of America, only about 2000 merchant marines were killed, but they are counted in with the US total from the beginning of the war until 1945. The Merchant Marine losses also include British and Canadian casualties.

It’s hard to believe that most Americans saw the German declaration of war on the US as a distant remote threat. Yet German Admiral Dönitz had begun a blitzkrieg of his own against the Allied supply line stretched across the Atlantic. He also placed squadrons of U-boats in patrols off of Cape Hatteras, treacherous seas off the coast of North Carolina where many ships sank as a matter of course with no war at hand.

It was this secret war that was under reported, and it was this Battle in the Atlantic that birthed the famous WWII propaganda missive that “Loose Lips Sink Ships”. The damage to American shipping was so grievous that the Germans called it the American Shooting Season. During this time, only seven months long, 3.1 million tons of supplies were sent beneath the waves with the loss of only 22 U-boats. One U-Boat commander (U-124) Johannes Mohr sank 25 US ships in just six days of patrols.

Moore and his shipmates would surface at night off the coast of North Carolina at Nag’s Head and watch cars rising up and down roads, watched couples walking in the surf, and they watched fishermen and swimmers and couples dancing as well. They listened to US radio stations. One group of saboteurs was sent in to plant mines in the Chesapeake Bay and they succeeded.

Other German commandoes and spies were sent ashore to plant supplies for later operations. One group was found and executed. The residents of the coastal regions didn’t even know it. They did know that there was a war going on off the coast until they saw the results of a torpedo strike. It is difficult to hide massive oil fires burning for days after oil tankers sank and leaked.

Still, it was not reported.