Check it Out! War History Online proudly presents this guest blog from accomplished author and blogger Hans Wiesman. You can read more by Hans and find out about his book on his website.

In my previous Blogs Ghosts of the Gooney Bird, I showed pictures of crashed, lost and derelict Douglas C-47s/ DC-3s/ Dakotas.

Most of them are lost forever, doomed to stay where they are and slowly deteriorating. In the (semi) arctic conditions of the North that can take quite some time and the aluminum skin of the aircraft can remain pretty well conserved.

When warmer or salty conditions prevail, the process of rotting away can go much faster. In rare cases, the crashing of the aircraft is not caused by technical failure or pilot error, but by sheer bad luck or “driver error”. The derelict Douglas C-47 that you see in the main feature photo is such rare case. 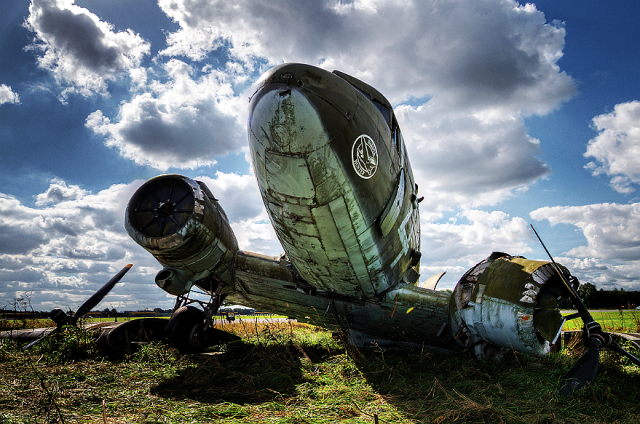 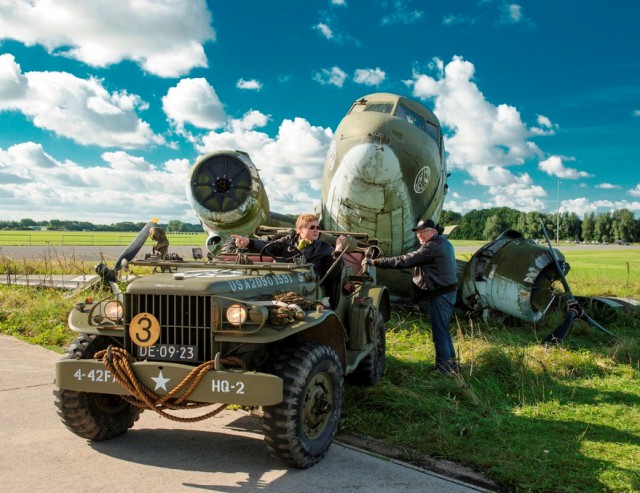 The transport from Brabant to Valkenburg was well prepared and would take place by night with police escorts, in order to make room for the 6+ meter wide road transport. The fuselage and central wing section were coupled so the two engine nacelles were hanging over the truck’s low loader sides as outriggers.

The story goes that they had stopped at nearly all bridges to check the clearances given before passing, but at their very last fly over, as they smelled the coffee and the end station come close, they just rode on and trashed the Dakota on the low loader in a matter of seconds.

The left-hand engine nacelle hit the central concrete wall, which made the total aircraft jackknife on the low loader. In the process, the central wing section tore apärt from the fuselage, trashing the airframe. 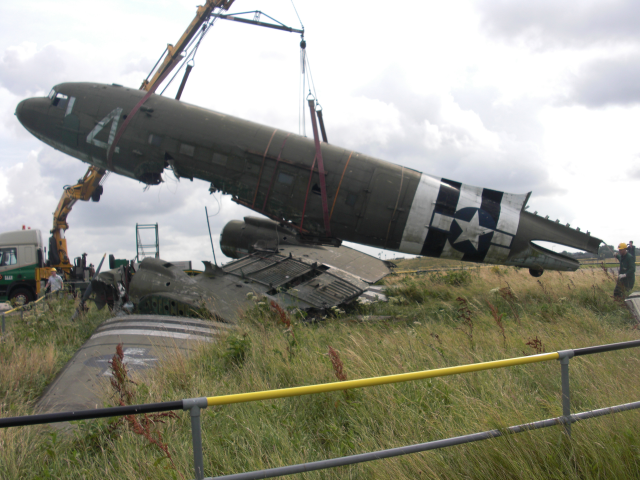 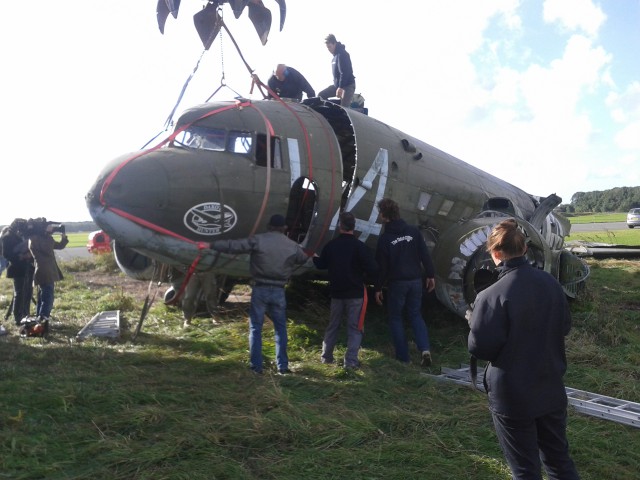 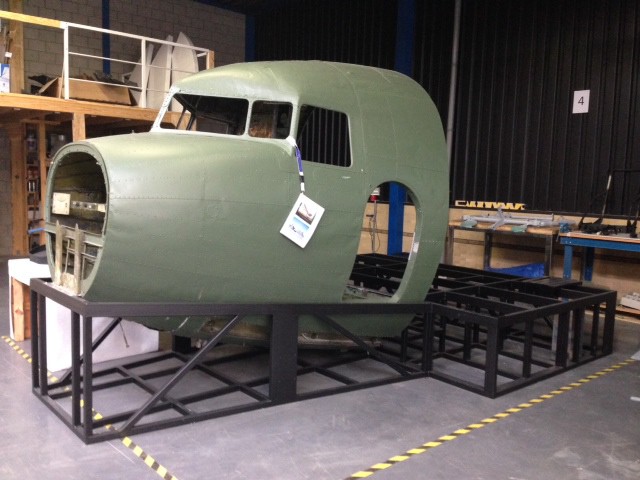 Please view my website www.dc3dakotahunter.com and take a 6-page sneak preview into my book.
You can order the book at Amazon USA/ UK or Barnes & Noble right from my website with a simple click on your mouse.
Featured Photos Johan Boerman, Hjarald Agnes, Ruud Duk, Hans Wiesman.
See also my Facebook page. www.faceboook.com/thedakotahunter.