When we think of World War 2 we think of black and white images and movies, however some of the cameramen were equipped with color film and shot the most amazing pictures.

These pictures were all collected and shared on Facebook on the excellent group “World War II in Original Color”. We present some of the best! 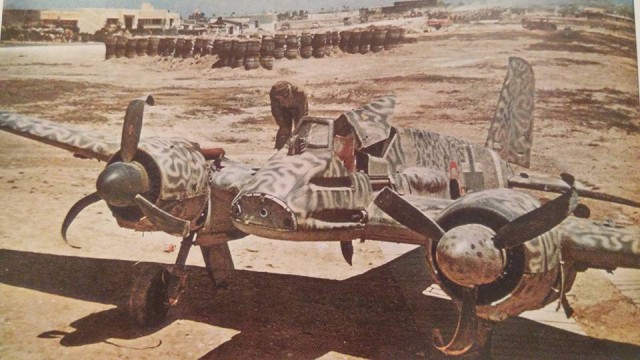 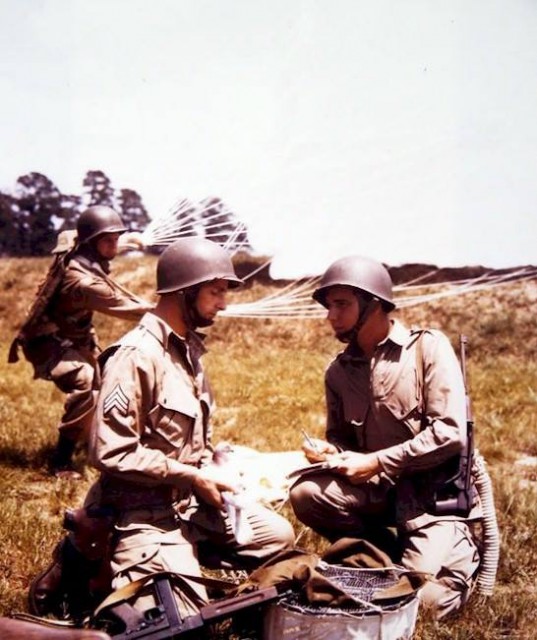 American Paratroopers training, the basket in front is for carrier pigeons! 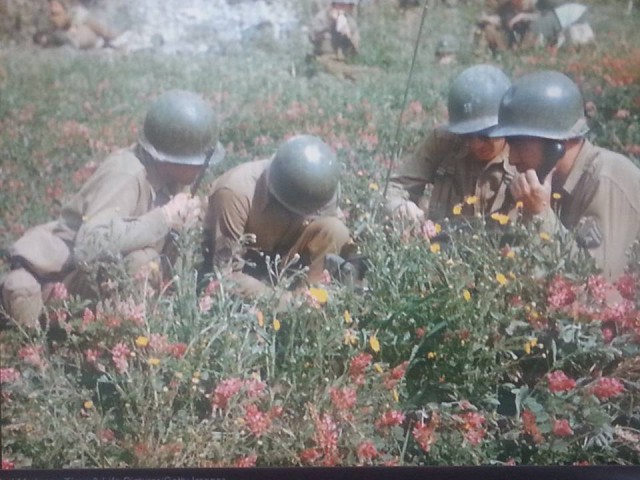 US Ground troops in Italy 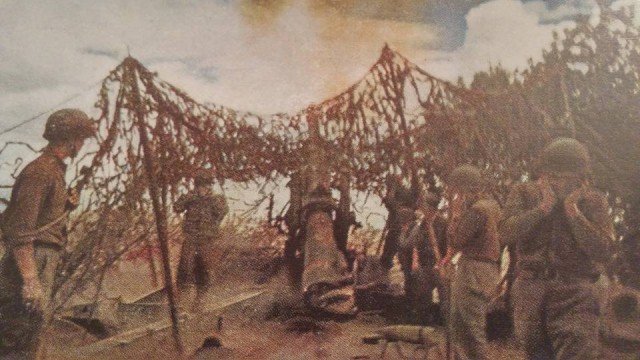 US 155mm firing at maximum range in Tunisia 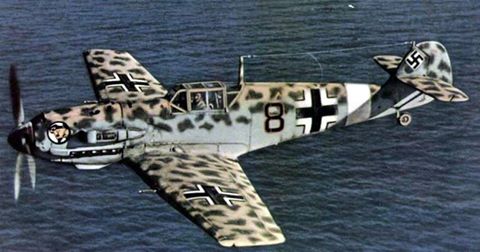 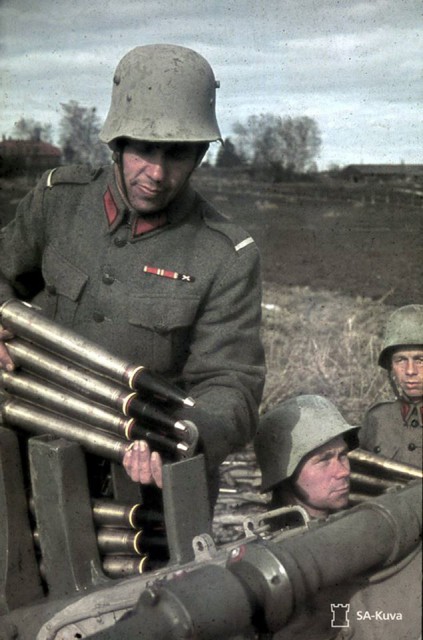 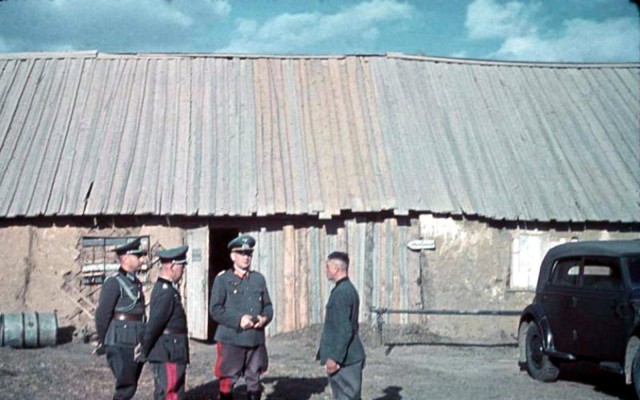 Generalfeldmarschall Walther von Reichenau (commander of the 6. army) with his staff officers in the Russian Front during operation Barbarossa, August 1941 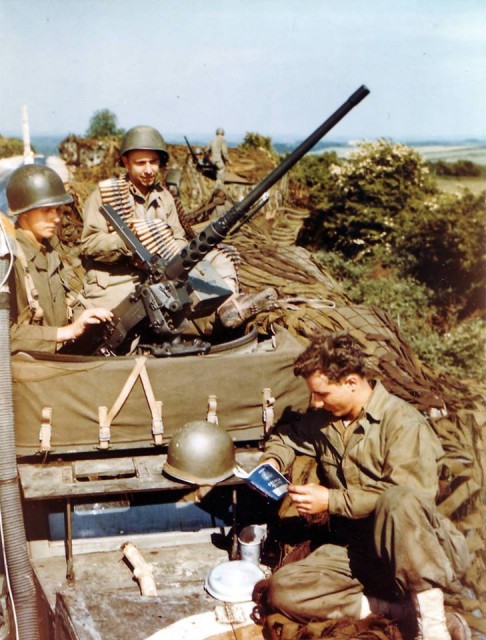 Loading Browning 50 cal. Machine Gun on an US Army Half Track 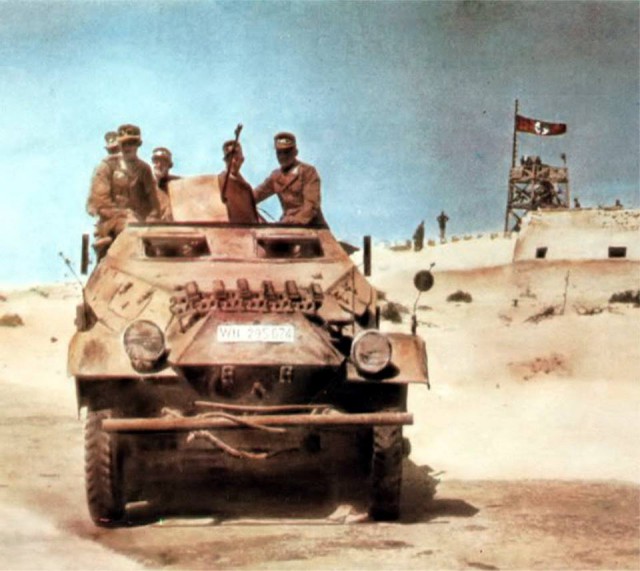 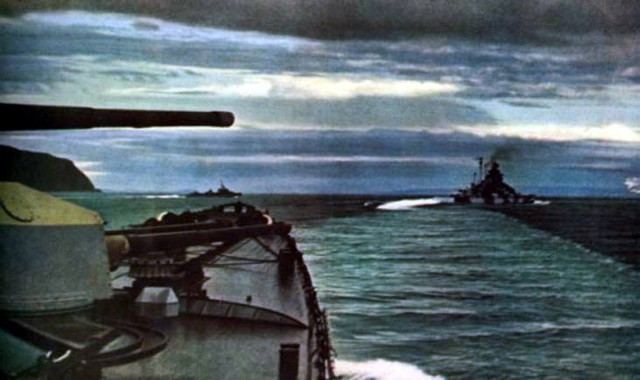 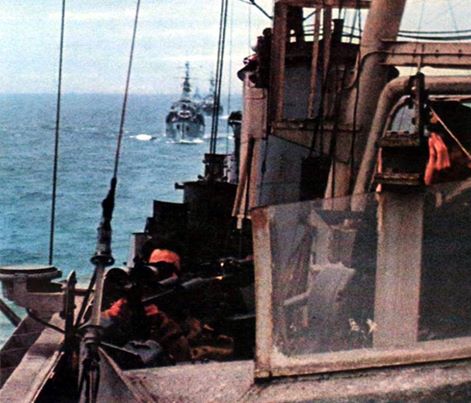 The Allied invasion fleet crossing from England to Normandy on D-Day kept to twelve narrow lanes in order to avoid minefields. From the starboard bridge wing of HMS Belfast, flagship of Force E, a line of three Royal Navy cruisers can be seen in the morning gloom. The picture was taken by George Stevens. 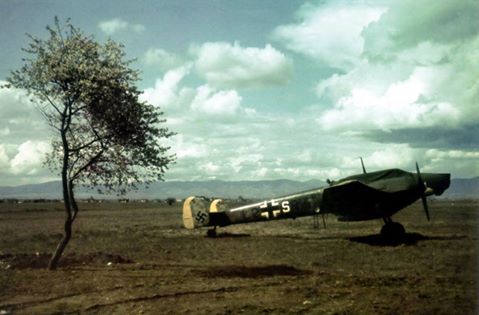 L2+SR, a Messerschmitt Bf 110 E-3 of 7.Staffel (Fern) / Lehrgeschwader 2 (LG 2), photographed at Sofia-Vrazdebna at the beginning of April 1941 as German forces were preparing to invade Greece and Yugoslavia. 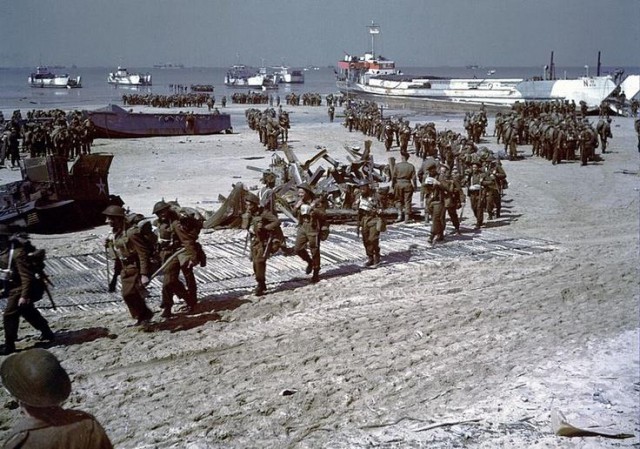 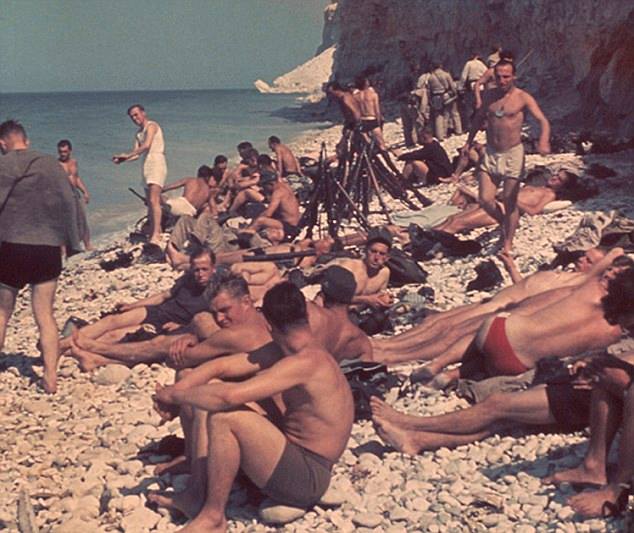 German soldiers relax on a beach at Boulogne, France in 1940 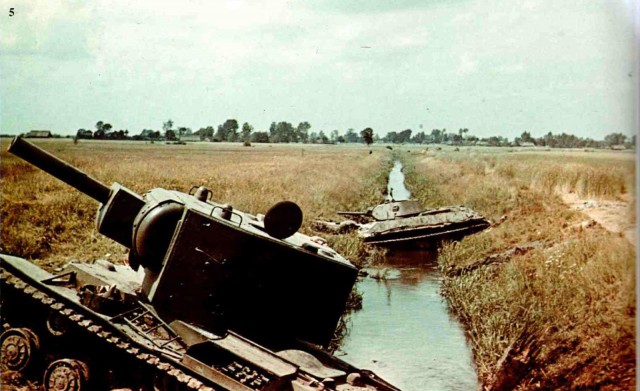 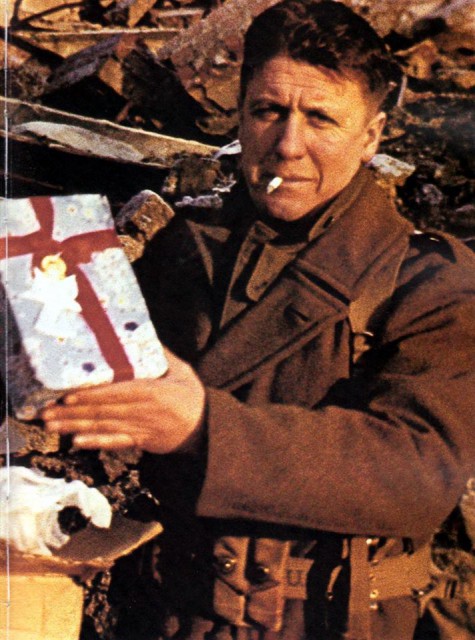 Christmas 1944, near Bastogne. George Stevens with a present from his son. He left his former job as a film director in Hollywood in 1942 to serve overseas in the American Army for three years in North Africa and Europe. 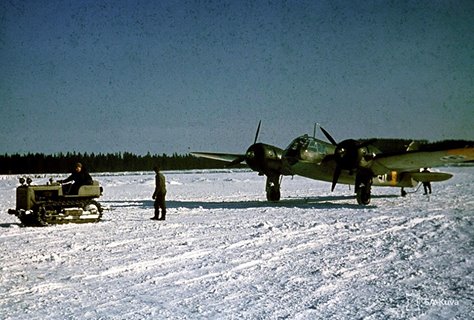 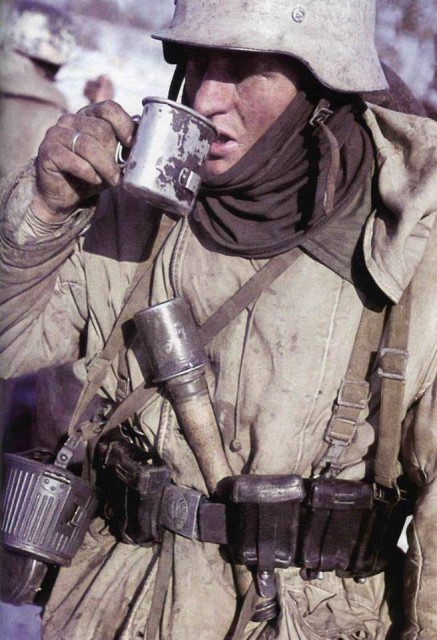 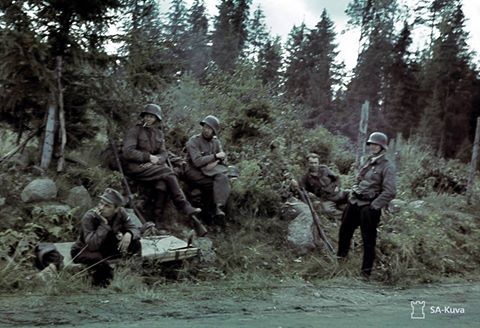 Finnish soldiers taking a break besides a road during the attack phase of the Continuation war in 1941. 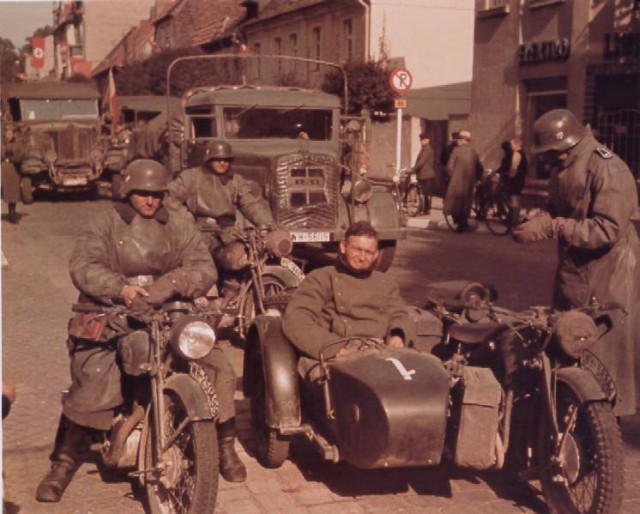 Troops enter Austria on 12 March,1938 to cement the Anschluss of Germany and Austria. 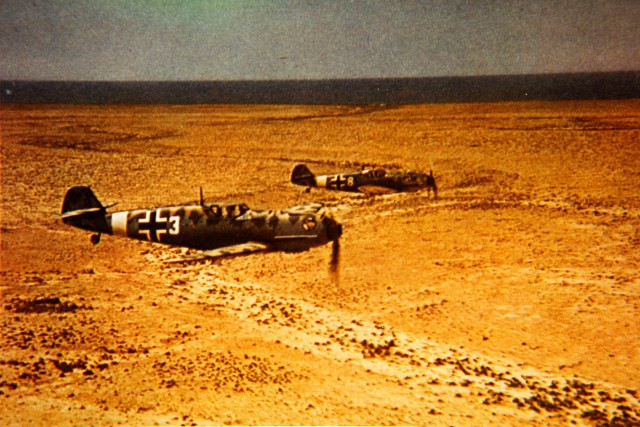 This photo, that was taken from a propaganda film from 1941, showing a pair of Messerschmitt Bf 109 E-4/Trop fighters flying over the Cyrenaica/Libya in April 1941, 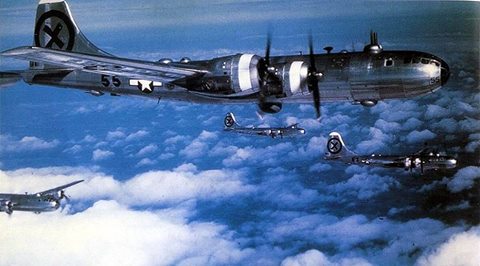 An Abandoned ME262 found in Germany 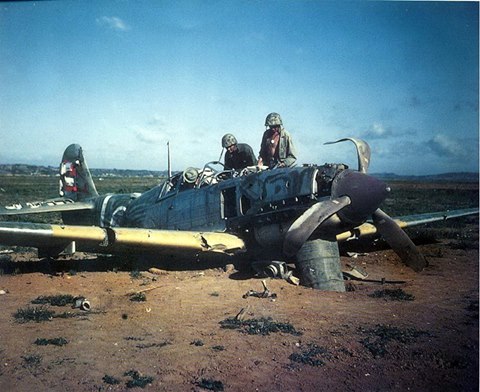 This sad Kawasaki Ki-61-I KAIc Hien, code-named ‘Tony’, had suffered several indignities during its short life. These marines were practicing the age old American art of “chicken plucking” for souvenirs. 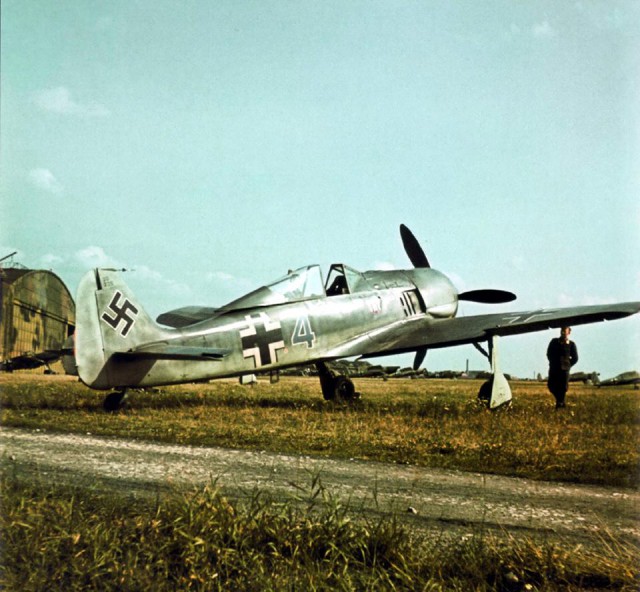 This highly polished Focke-Wulf Fw 190 A-2 “Blaue 4” was photographed while serving with Jagdfliegerschule 2 or 4. 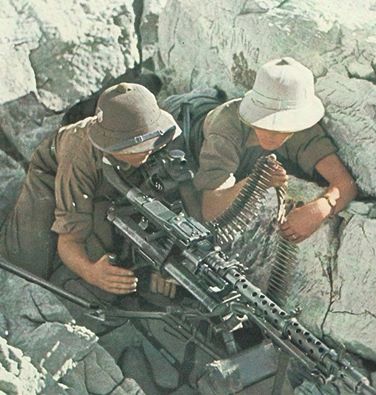 Wehrmacht Machine gun crew take up positions in the rocky terrain. They’re wearing tropenhemd (tropical shirt) with 1st patttern (right) and 2nd pattern tropenhelm (pith helmet). The Maschinengewehr 34 (MG 34) mounted on its tripod with long range sights for sustained fire role, as used by the Wehrmacht, still dressed in colonial garb from the campaign in the Western Desert, in their defense of southern Italy, summer 1943. 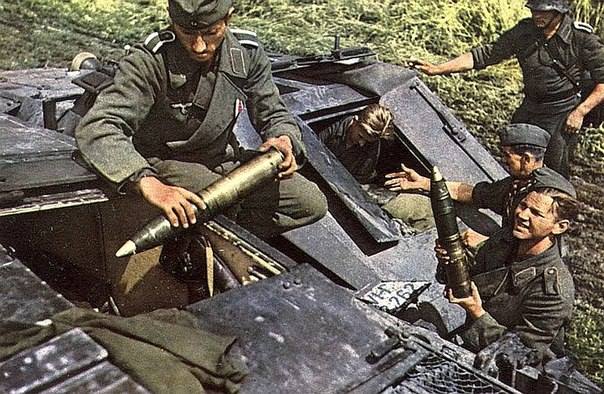