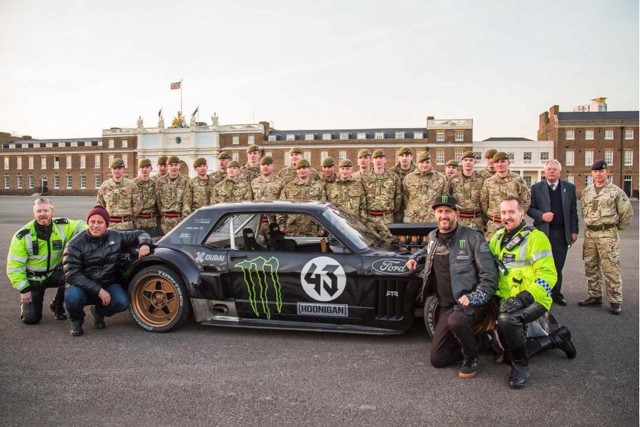 Top Gear will not show controversial footage of host Matt LeBlanc and a professional driver doing doughnuts near the Cenotaph war memorial in London.Co-host Chris Evans said that he and the crew were “mortified” and apologized for the stunt.

The BBC apologized this week and said that the footage including the Cenotaph was never intended to be aired.

The BBC further claimed that they had worked with the Metropolitan Police film unit and Westminster City Council’s special events unit to work out the details of the “large-scale, complex shoot, prepared over a period of four months.”

Further, the shoot “required numerous road closures, health and safety regulations to be in place, and also included full disclosure to local residents, including the Treasury and Foreign Office.

“The Cenotaph was at no point intended to feature in the program,” the BBC explained, “and therefore will not appear in the final film. However, we are acutely aware of how some of the images in the press look today via the angle and distance they were taken and for which, as Chris Evans has already said, we sincerely apologize.

“The driver of the car was briefed by production prior to filming as to where to drive and to not do any maneuvers close to the monument, an instruction to which he fully adhered. We would like to make it absolutely clear that the Top Gear team has the utmost respect for the Cenotaph, what it stands for, and those heroic individuals whose memory it serves so fittingly.”

Evans had said, “That footage will definitely not go on the air, no question about it,” in an interview on Monday morning. 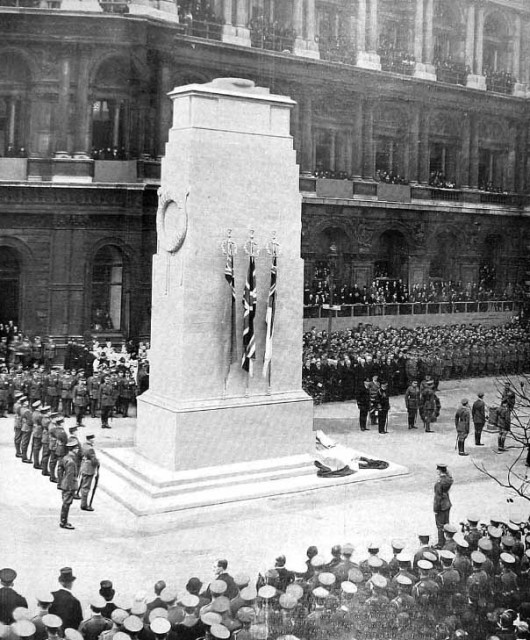 Doughnuts have been performed on the show many times. They involve rotating the car by causing the rear wheels to spin more quickly than the front, often leaving skid marks on the pavement and sometimes causing smoke to come from the tires.

According to a Westminster City Council spokesperson, “What the Top Gear team did on the day was not what had been agreed during the planning process. At no time had the BBC producers made Westminster City Council aware that the car was going to be doing anything but driv[ing] down Whitehall. There was no discussion about wheel spins and a doughnut and permission would not have been given to do so.”

The spokesperson further stated that the council expressed their disappointment to the Top Gear producers.

The Council welcomed Chris Evans’s statement of opinion that the footage should not be shown.

“We are very sorry for any upset that has been caused and will be strengthening our procedures to make sure that film and TV production companies will not deviate from pre-agreed plans in the future,” the spokesperson said.

Evans apologized on air on Monday morning during his breakfast show on BBC Radio 2.

He apologized “unreservedly” for the appearance of the press images that were printed in the papers. The use of perspective on the slightly winding Whitehall road makes it seem that the stunt took place right next to the Cenotaph when it was in fact some meters away.

“The images on the front pages of the papers today – it doesn’t matter what actually happened – what is important is what these images look like,” Evans said. “They look entirely disrespectful, which of course was not and would never be the intention of the Top Gear team, or Matt [LeBlanc].

“It does not look good at all. There have been some completely incendiary comments written alongside these pictures and I completely understand all this furor, but the Top Gear team would never, ever, do that.

“Retrospectively it was unwise to be anywhere near the Cenotaph with this motorcar,” he added.

A former British military commander criticized the stunt during an interview with BBC Radio 5 live, which led to Evans’s apology.

Colonel Richard Kemp, in an interview with Stephen Nolan, said that the memorial should be shown respect. Kemp said that the Cenotaph was like a cemetery and that he did not wish to see any clips of the memorial in the final cut.

The show was also criticized by Sir Roger Moore. He tweeted, “I was brought up to respect those who laid down their lives for this country. Shame on Top Gear and the BBC.”

Perry McCarthy played the non-talking driver called “The Stig” in the first two seasons of Top Gear. He feels Evans’s statement about the scenes not being shown was “disappointing.”

“It brings the center of London, a beautiful part of London and the Cenotaph, to a worldwide audience. It was a respectful distance away from it.

“The one shared opinion we all have is what the Cenotaph is there for, who we are remembering,” said McCarthy. “There is no problem there of course. But come on, lighten up, everybody.”

LeBlanc and Ken Block, a rally driver, appeared to crash a wedding in St. Paul’s Cathedral the same week. It was later revealed that the scene had been staged.

The new season of Top Gear starts in May on BBC Two.